Valor Christian senior Cole Sprout cemented his legacy as one of the best distance runners in the state this spring, after breaking a 39-year-old 1,600 meter record. 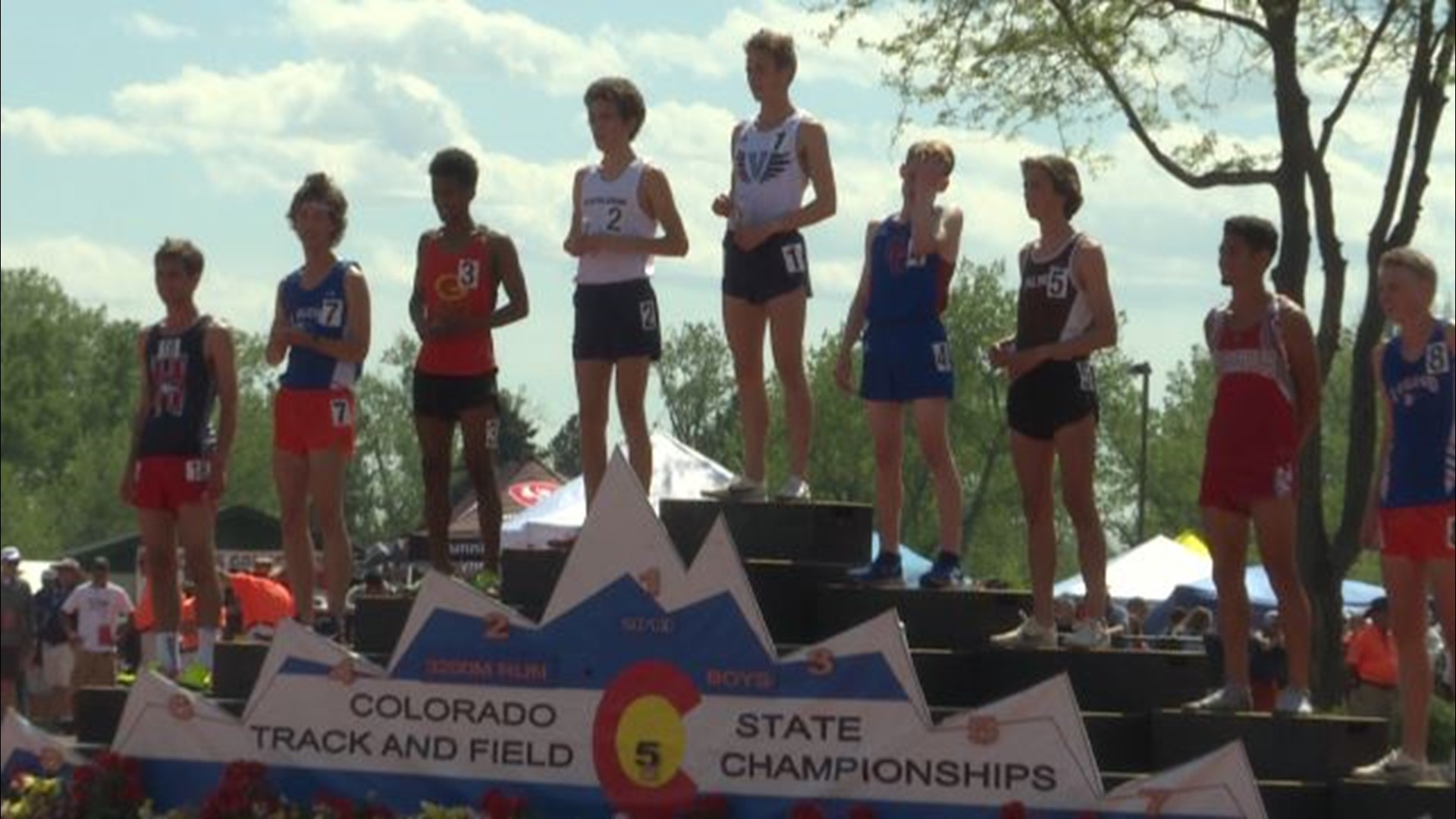 HIGHLANDS RANCH, Colo. — His greatest achievement should've been performed in front of a roaring crowd to cap off a storybook career, but instead Cole Sprout celebrated a moment of pride and relief in front of only his parents and a socially distant group of supporters.

"For me personally, a lot of what I do is racing against the clock, so it wasn't a great change for me, which is nice," he said. "But it was definitely different from how I pictured me breaking the state record."

Sprout was poised to break the Colorado state mile record that has stood tall for since 1981. It was a respectable time of 4:10:98 set by Rich Martinez of Widefield High School.

He also was expected to beat his own record of 8:40 in the 3,200 meter at the CHSAA state track meet before the season was canceled due to the coronavirus pandemic. However, Sprout wasn't willing to let a canceled season stand in the way of his own goals; he took matters into his own hands.

Sprout organized a time trial at Niwot high school on April 18 to run the 1,600 meter, in hopes of breaking the 39-year-old record. He brought in two runners from Tulsa to pace his race.

That last lap effort gave him the time he needed: 4:07 without altitude adjustment -- a new unofficial state record by more than three full seconds.

"Really it was just to stay sharp in case there were any races that came up later in the year, just depending on what happened with coronavirus and everything," he said. "So mainly, we're trying to stay sharp, but most of my goals this season were to break the mile state record and to improve my two-mile state times."

He then beat his own time about a month later in California at the Quarantine Clasico, clocking a personal best mile time of 4:02.42.

Sprout is making the most of his senior season without an official send-off to Stanford University, and Colorado running fans are relishing a five-time individual champion and a five-time Gatorade Player of the Year...official records or not.