Halle Mackiewicz shined on both the court and the field throughout her high school years at Legacy. But it was what she did with US Soccer, that she'll remember. 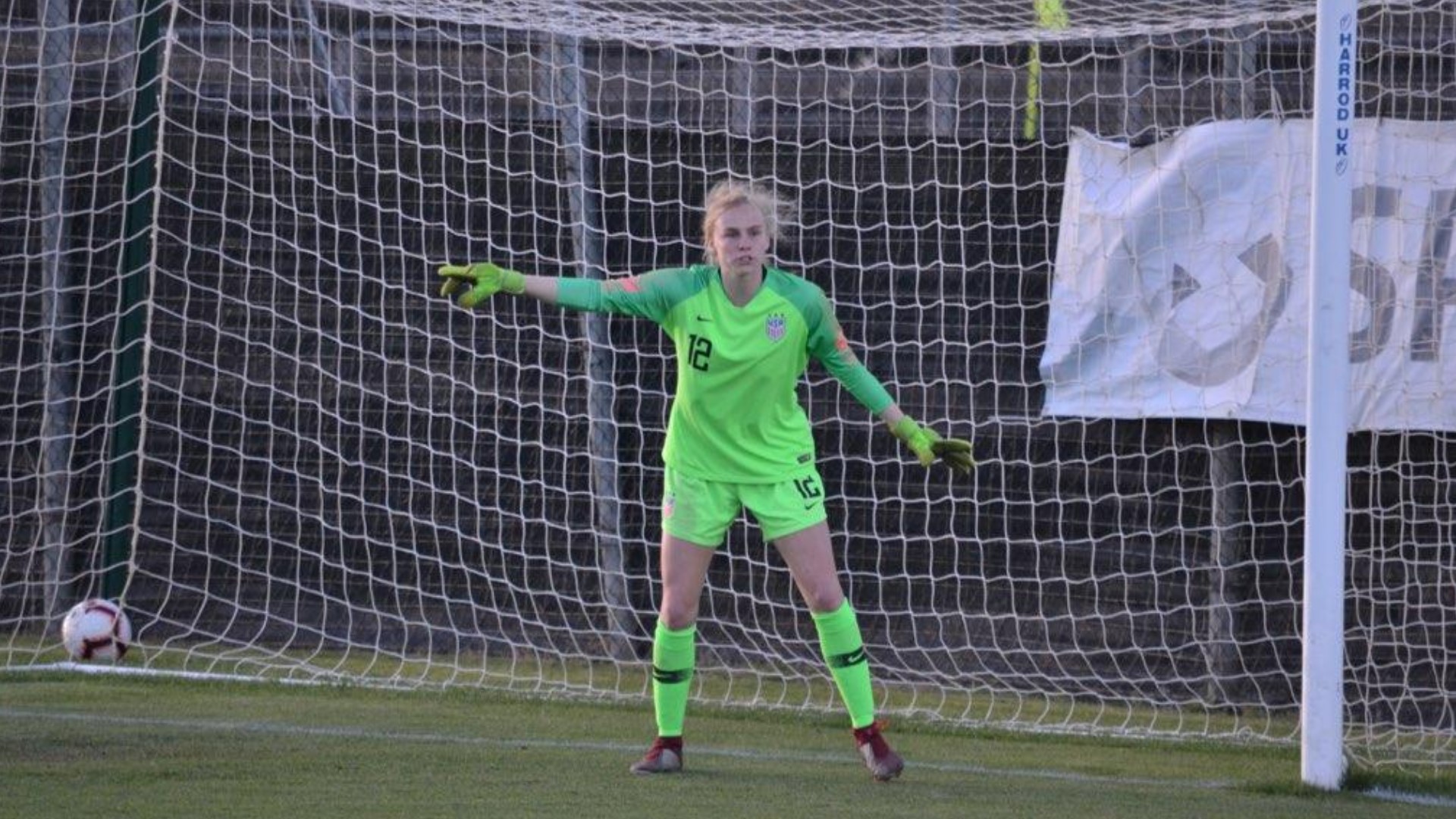 BROOMFIELD, Colo. — The spring cancellation means different things to different people. For Halle Mackiewicz, it wasn't the end to her senior season, but instead a big interruption of her soccer development.

"Our training habits are really extensive with [US Soccer Developmental Academy], so it's been a lot of hard work and a lot of dedication."

Mackiewicz hasn't played soccer for Legacy High School since her freshman year, but she remembers that one season fondly.

"I was on varsity, so I met a lot of upper-classmen, which are people I normally wouldn't have interacted with as much."

While Mackiewicz spends both fall and spring with her DA team, Real Colorado U-19, she managed to squeeze in some court time during the winter with her Lightning teammates.

"It was a really good experience because I kind of did it just for fun as an escape from soccer for a little bit."

Just for fun, she says, but Mackiewicz nearly averaged a double-double with 19.1 points and 9.1 rebounds a night for the Lightning and made the all-region team. She's a competitive athlete regardless of sport, but she said basketball was a way to feel more like a regular student with her classmates.

"It was cool just to be a part of that high school experience and have your classmates come watch you and have home games and dress up and stuff like that," she said. "I'm really appreciative of basketball for those reasons."

Mackiewicz was prohibited from playing soccer for Legacy from sophomore through senior year, which she said had its pros and cons.

"I'd say developmentally, DA was super beneficial to me just because the competition level is just so high and my goalkeeper trainer at club is very good, so it was good training-wise," she said. "But I would like to have those fun high school experiences."

Instead, she traded those high school experiences to experience a trip to Japan with the US Soccer U-20 team, her first start in net on the national level.

"And we actually got the win, so that was a really cool experience for me!"

Toss in a national championship with the Real Colorado club team, she said it was worth the sacrifice of her high school playing years.

"We were definitely the underdogs, but our team just had an insane amount of chemistry, like somehow we pulled it off and it was one of my best experiences for sure."

Mackiewicz is committed to play at Clemson next year, where she said she felt right at home on the first visit. Playing time is ripe for the taking, but without preparation during the spring and summer, she'll have to continue to work out on her own with her family.

"They've kind of just said just do your thing and be the best you can when you get here and you have a chance to start but nothing will be handed to you," she said.

She's had a taste of national play, but Mackiewicz wants to earn a roster spot on the official US Women's National Team.

"At camps and stuff, they say you're on your own ladder so you can reach your own maximum potential," she said. "Obviously, I'd love to be on the full women's national team and play professional soccer. I don't feel like there's an ending point for me, I'm just going to keep going."