Lukas Miller already has two state titles and a state record to his name, but he wanted to accomplish more in his senior year...and leave with lasting memories. 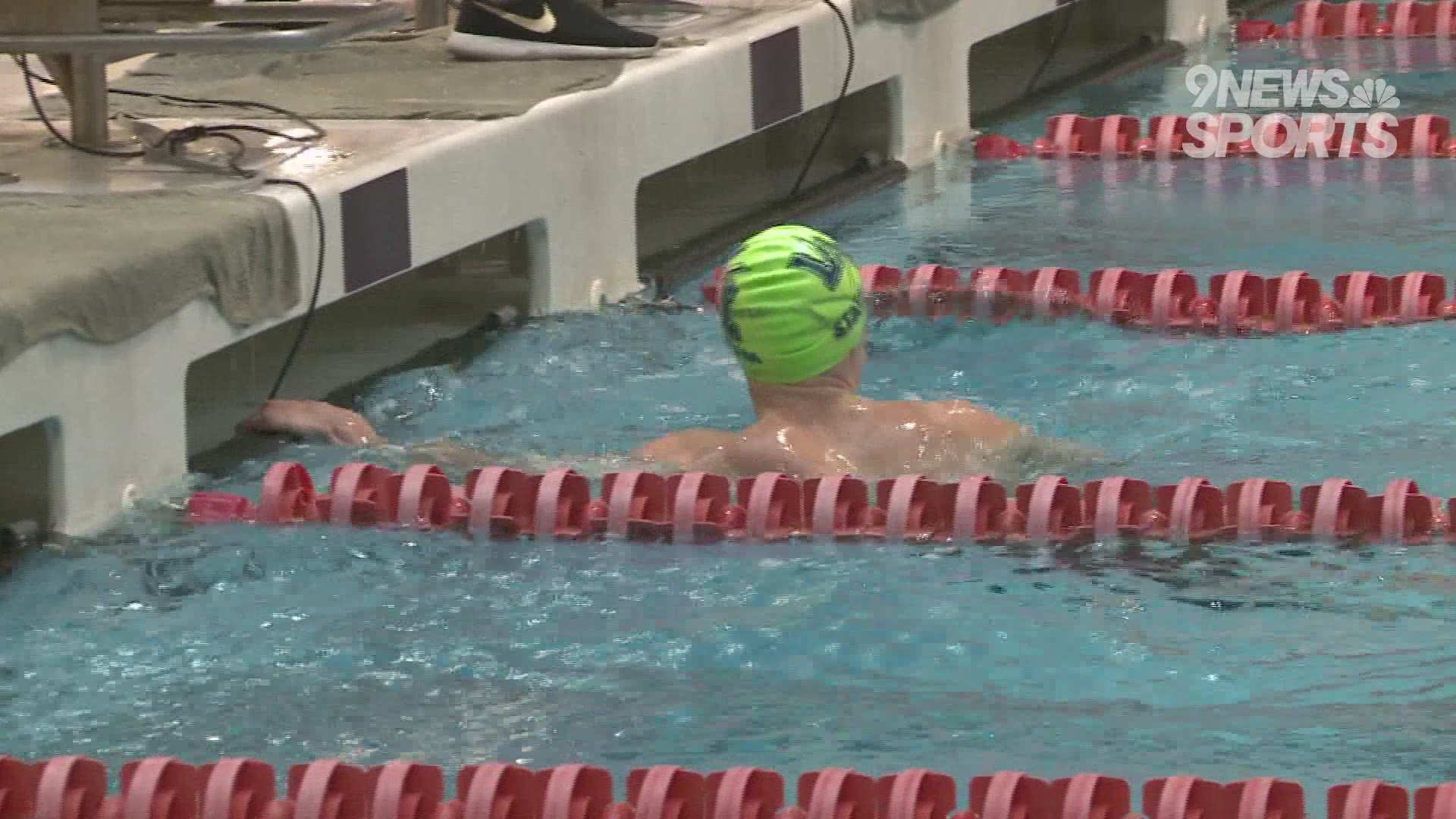 DENVER — After winning two individual 5A state titles and setting a new state record in the 200m, there wasn't much left for Lukas Miller to accomplish in his final year of high school.

"There wasn't too much pressure. I was already into college and completed a lot of my goals that I wanted to do," he said. "The high school season is just based on having fun and enjoying my last years."

But there was still unfinished business with his Legacy High School teammates.

"We had a good shot at some of our district records and I wanted to see some of the younger guys on our team get those records. It's fun for me being able to see the excitement they get from getting those. I love that that."

Miller signed with North Carolina State University to swim at the next level, but he has his sights set even higher than collegiate swimming.

"Most of my goals are based on the Olympic trials," he said. The Olympic trials is one of the biggest events in swimming so I was really proud of that cut and ready to go and compete."

Miller qualified for the Olympic trials and would've competed this June, but the race was pushed back due to the coronavirus outbreak. The trials are now set for next summer, and he feels like his odds have just improved.

"I'll definitely have a better chance. Another year of training, especially on a college team, hopefully I'll continue to improve, but still I'll be young as a freshman in college. I don't think my odds are too great, but it's always good to believe."

With the CHSAA spring sports hiatus deadline looming, there's still a chance that the semester can commence on April 30th, but Miller says it's unlikely for his sport.

"Swimming is a sport that once you're out of the water for a little bit, it's very difficult to get back and perform. We would need a couple of months of training to get back to where we were."

Whether he dives back into the pool for Legacy or he remains on the deck until he leaves for North Carolina, Miller learned a valuable lesson during his time at home.

RELATED: US Olympic swimming trials reset for June 2021 in Omaha