It is the first team state championship in any sport in school history for the Wolverines. 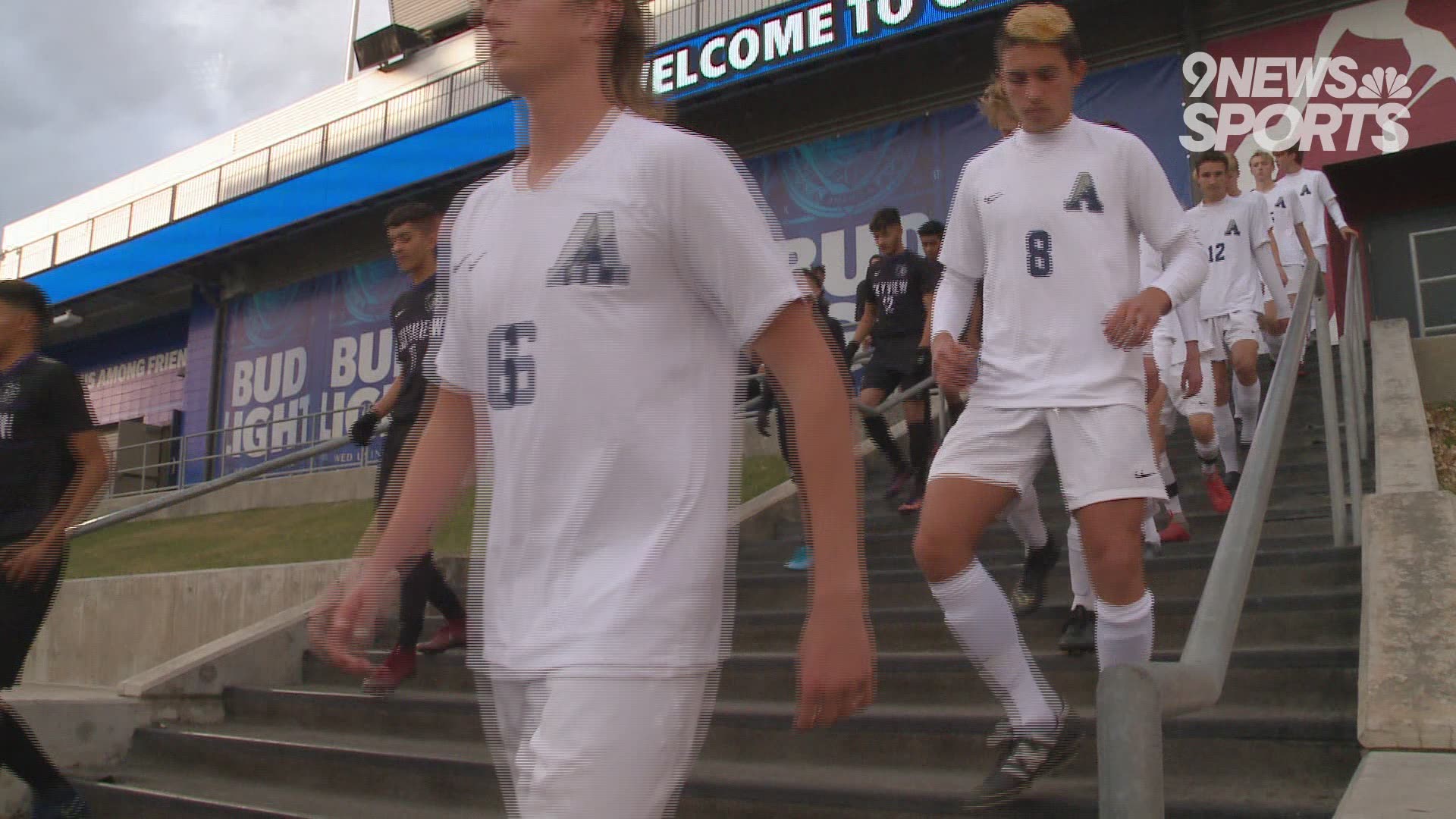 COMMERCE CITY, Colo. — The moment was so emotional, all Luis Reyes could do was fall to the ground and cry.

The Skyview Wolverines are state champions -- for the first time in any team sport in school history.

They defeated two-time defending champion Air Academy 2-1 in the Class 4A boys soccer state title game in the finale at Dick's Sporting Goods Park on Saturday to bring the first trophy back to the school.

"It means so much because it's the farthest we've ever went," Reyes said. "I don't know what to say. It's just the best feeling ever."

Reyes scored the game's first goal in the 19th minute. His teammate, Jared Ramos, added a goal of his own three minutes later to give Skyview a 2-0 halftime lead.

The Kadets finally got on the scoreboard in the 51st minute when Thaddaeus Dewing. Air Academy, however, was unable to score an equalizer.

The Wolverines finished undefeated on their championship season (18-0-2 overall). The Kadets are runners-up at 15-5.