The Wildcats scored a first quarter goal and it held up the entire game as they defeated the Eagles 1-0 on Monday afternoon. 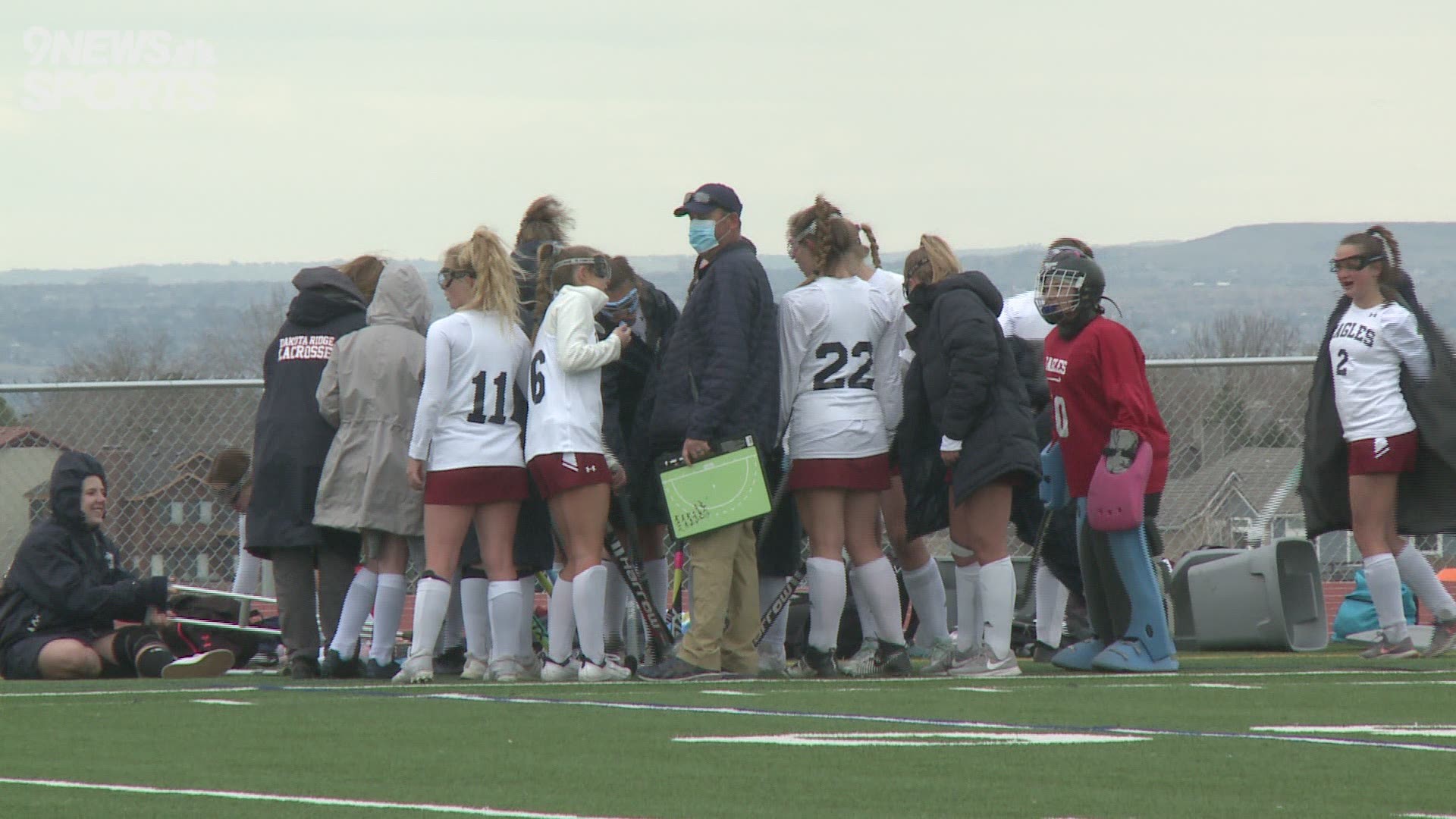 That's all it took for the No. 10 St. Mary's Academy field hockey team on Monday afternoon, as they left Dakota Ridge with a 1-0 win. It was the Wildcats' first victory of the 2021 season and they improved their record to 1-2.

It was a chaotic sequence that led to the St. Mary's goal in the first quarter, as freshman Olivia Lane helped create a chance that was eventually finished off by sophomore Sophie Hunnewell, sneaking the ball just over the goal line.

Dakota Ridge goalie Megan Jackson was shaken up on the play, but did stay in the game. Jackson was fantastic for the Eagles all afternoon and prevented the score from being much more lopsided with several big saves.

Dakota Ridge had some chances to tie the game in the fourth quarter, but couldn't beat St. Mary's goalie Molly Hallam who earned the shutout.

The Eagles are now 0-4 on the season.

>> Watch the extended video above and see highlights on the 9NEWS Prep Rally this weekend!