The show must go on for Cherry Creek Sports Network host

Sophomore Ben Parris is cranking out weekly content from home for Cherry Creek Sports Network, despite the cancellation of the entire spring season. 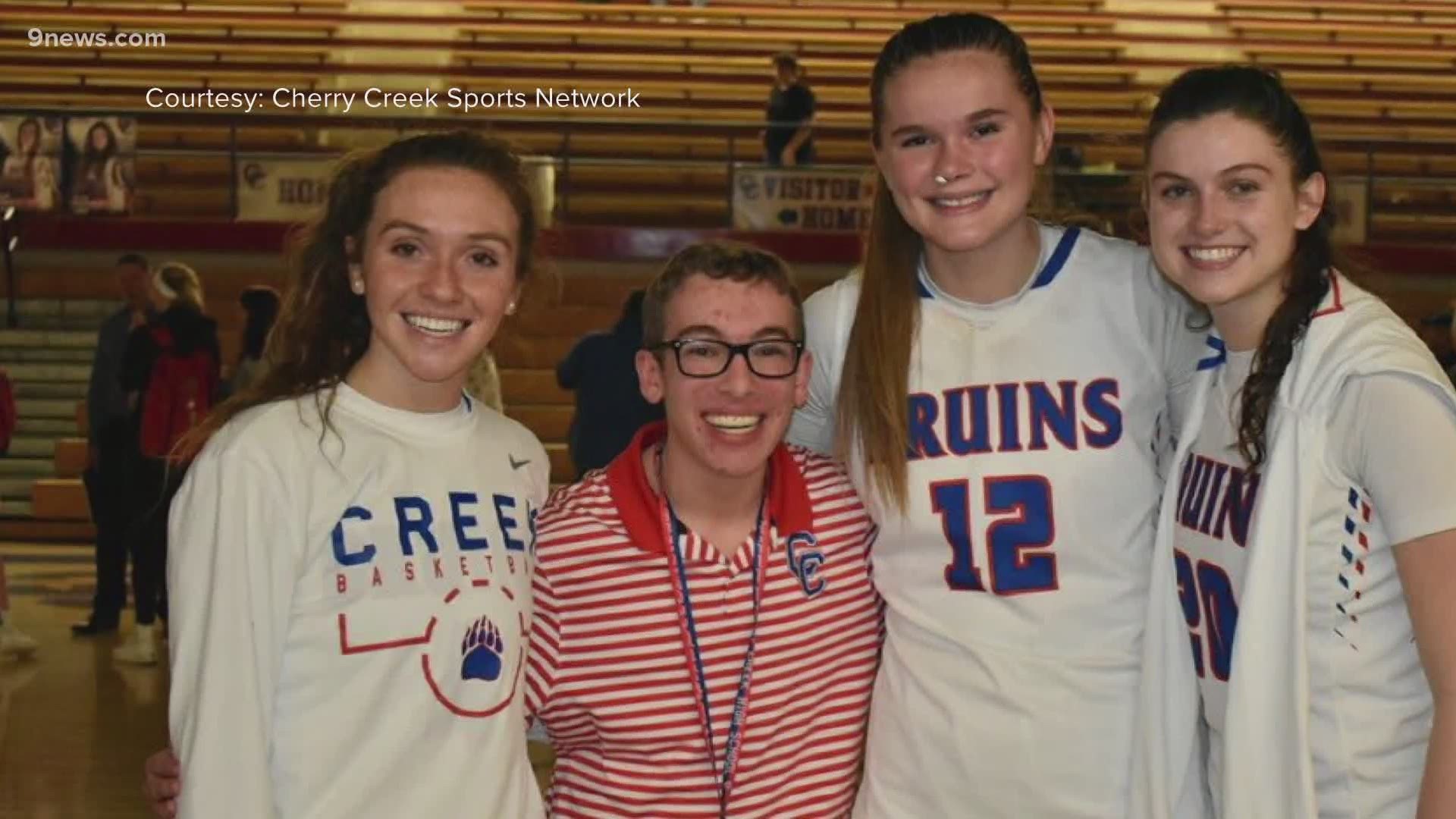 DENVER — Broadcasting was in his blood. Ben Parris knew he would be joining the media club at his school as soon as he opened the doors to Cherry Creek High School as a freshman in 2018.

"[Cherry Creek Sports Network] was a young program, so this was our fifth year and as soon as I got to Cherry Creek, I knew this is what I want to do."

Most freshmen weren't hands-on with the program, but Parris jumped right in calling color commentary during his first year. As a sophomore, he moved up to the play-by-play position and took on more leadership roles inside CCSN. Fast forward to March, he had already hit a speed bump in his early career: all sports were canceled due to the coronavirus pandemic.

Parris didn't let that stop him; it was time to get creative.

"So we did 'Quarantine Classics', which is re-showing some of our favorite games that we broadcast over our Twitter page," he said. "'Snack Time' was a show where we were able to bring in athletes and keep them connected because I think this quarantine and coronavirus is the most relatable thing ever because everyone is doing it. It was really easy to get people and we did it all on Zoom, see what people are up to, see how they're keeping busy, because that's what everyone is up to."

His favorite episode of 'Snack Time' was a no-brainer.

"Our last 'Snack Time' episode was with Jana VanGytenbeek," he said. "We became great friends with her and her family. It was our longest episode and it was just a half hour of her and [faculty advisor Matt] Weiss and we had her mom on as well."

Throughout his time producing 'Snack Time,' Parris learned more about the story-telling process and found a deeper passion for sports journalism.

"I realized this is probably one of the best opportunities I'll have over my next four years so there's an adrenaline rush to be so creative, have the opportunity to do whatever we want and showcase and go in any direction we want," he said. "You hate to see what's happening, but it's an awesome opportunity that I'm happy we can take advantage of."