Three high school golfers played in their first tournament post-pandemic and had the opportunity to tee off with LPGA greats Jennifer Kupcho and Carlota Ciganda. 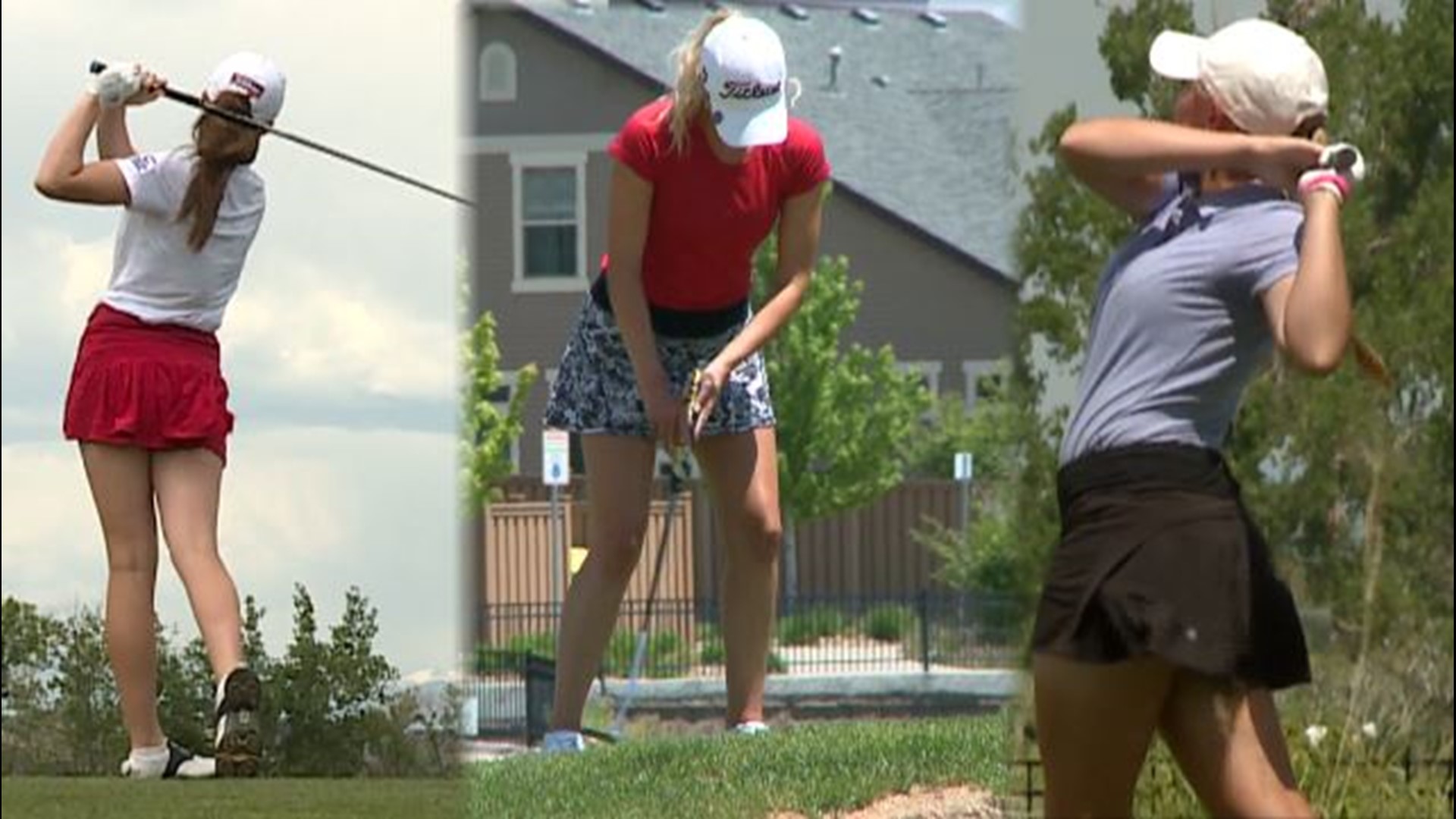 DENVER — Some of the best high school golfers were swinging off the rust at the Colorado Women's Open at the Green Valley Golf Club. It was the first competitive opportunity for these girls after the COVID-19 crisis shut down their high school seasons.

"I haven't played in six months in a tournament, so it definitely feels really weird," Charlotte Hillary said.

Hillary just graduated from Kent Denver and will be taking her talents to Northwestern University. The decorated golfer earned a national sportsmanship award last year, earned the opportunity to play a round with Rickie Fowler, and finished 12th at Rolex Tournament of Champions.

Her first tournament back was alongside LPGA golfer and reigning Augusta champion Jennifer Kupcho.

Kupcho, the Westminster, Colorado native, made sure she broke down some of her secrets.

"It reminds me of when I was out here when I was younger and I was looking up to everyone too," Kupcho said. "I know she got to see my game and kind of what she needs to get to and hopefully that was really helpful."

Hillary noticed the difference in their games.

"Mainly just her ball-striking was really powerful and really consistent," she said. If I were to compare mine to hers, that was the main thing. It just didn't have the keen, tight, no misses."

Hailey Schalk also just wrapped up her senior year without a senior season. The Holy Family graduate will be staying local and playing for the University of Colorado next season. Schalk said her short-game was off during the Open, but it was a great learning experience that she needed after missing her entire senior season.

"It was a lot different [than high school]," she said. "It's a lot longer and a lot more competitive. Obviously, the competition is crazy and you have to be a lot more sharp with every shot."

Schalk won three-consecutive state championships for the Tigers. Without a spring season, she missed the opportunity to win a four-pete.

Emma Bryant isn't foreign to the idea of state championships either. The incoming senior won the 5A title for Eaglecrest during her freshman year in 2018. Bryant had the opportunity to play alongside tournament runner-up Carlota Ciganda, another LPGA golfer.

"It was really cool to see the shots she would hit and her composure throughout the rounds was incredible," Bryant said. "She was so level-headed and would never have huge ups and downs."

Bryant said this tournament was an invaluable experience to prepare her for her senior season.

"I've got off on a good foot and I have a lot of confidence heading into the rest of the summer," she said. "It's really going to help me in the long run to see what good golfers look like and what great golfers look like."