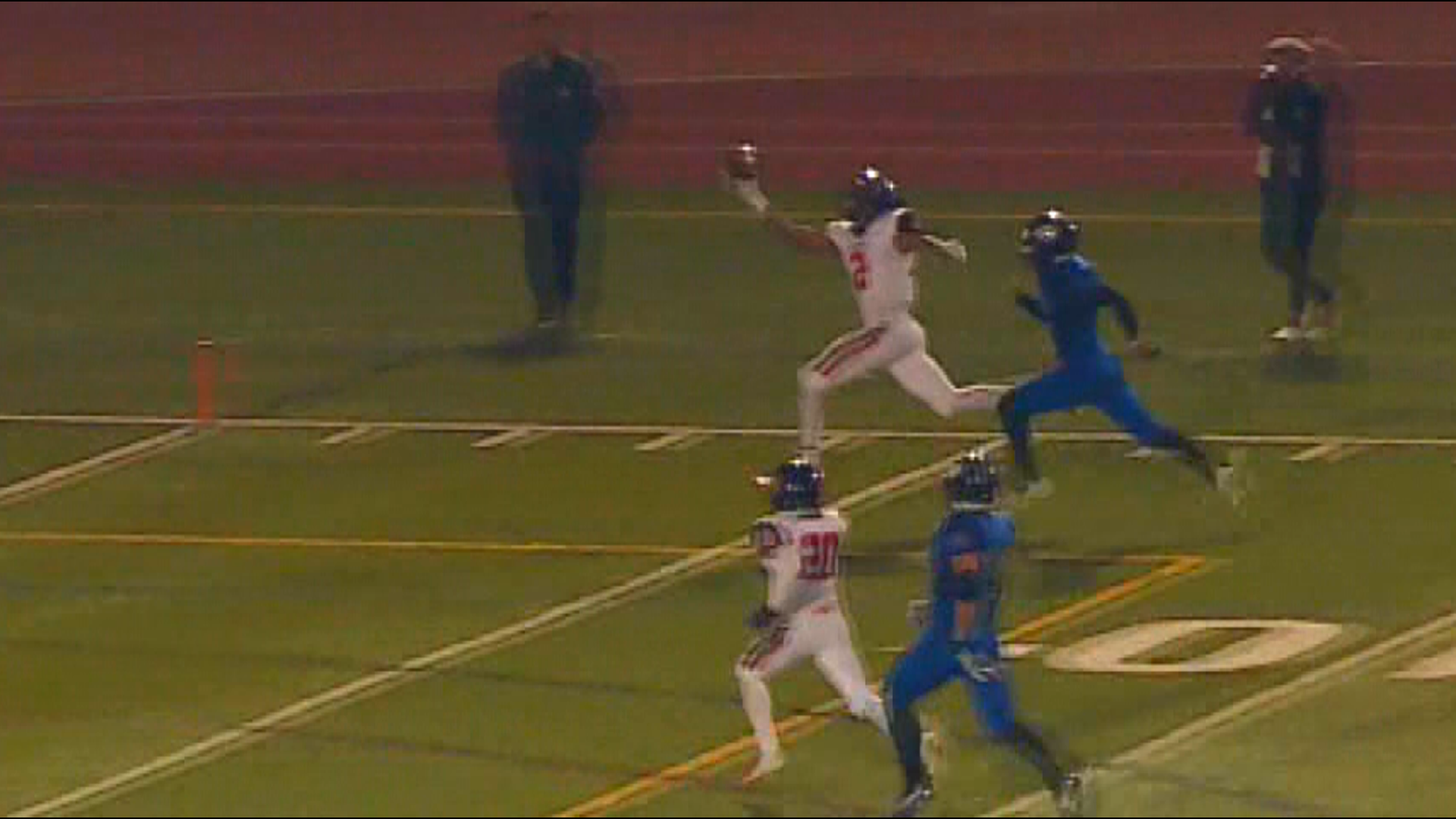 The 2018 fall season was filled with impressive performances and amazing plays.

Now that we are officially in winter break, the 9Preps team took a look back at fall and ranked the nine best plays from another action-packed high school season.

The first-ever Class 2A boys soccer state title game lived up to the hype as the championship came down to a free kick in overtime.

Gabi Marmolejo broke what was a scoreless tie with a goal that lifted Crested Butte to a 1-0 victory over Telluride for the program's first state title.

Cherry Creek's Ella Pratt sent a perfect lob shot over the Colorado Academy defense and into the goal in the girls field hockey semifinal game.

It helped the Bruins win 3-1 and advance to the state title game, where they finished runner-up.

Levi Shean of Stratton/Liberty delivered a leveling hit on his opponent in the 6-man football state title game.

The Knighted Eagles went on to win their first championship in a 57-18 victory over Kit Carson.

One top play wasn't good enough for the Legend softball team. Instead, the Titans produced two spectacular plays in the 5A championship as Zoey LeCompte had a quick snag in the pitchers circle that led to a double play, which was followed by a diving catch by Emma Athey.

The Titans repeated as state champions with an 8-4 victory over Cherokee Trail.

5. Refusing to go down

Kent Denver running back Will Morland fooled everyone when he turned a tackle into a touchdown. He appeared to be down, but his knee never hit the ground before running in for a score in the Sun Devils' 48-28 win over Englewood.

Grandview wide receiver Dayne Prim had to use all of his 6-foot-5 frame to snag a one-handed catch in the end zone against Cherry Creek.

His effort helped the Wolves knock off the Bruins 28-21 in double overtime to win the 5A Metro East League title.

Sure, you've seen plenty of unsuccessful attempts at the football hook-and-ladder play, mostly as last-ditch efforts at the end of a game. But in the 3A state title game, Pueblo East executed it to perfection.

Luc Andrada, Kaeden Bowman and Kain Medrano worked together to execute it, but the Eagles ultimately fell 47-38 to Palmer Ridge for the championship.

Nothing could have gone better for Lakewood gymnast Amber Boll at the state competition. The Air Force Academy commit stuck her performance in the vault exercise so perfectly, the judges awarded a full 10.0.

It was only the second perfect score in Colorado state meet history, and the first in 30 years (Broomfield's Carol Ulrich floor exercise, 1988).

This one never gets old to watch. With the game on the line, Eaglecrest quarterback Dylan James hit teammate Ty Robinson in stride in a thriller against Grandview.

The bomb was delivered as the Raptors faced a 4th down within the game's last minute from the 50-yard line. Eaglecrest followed it up with a 2-point conversion to steal the last-second 36-36 victory.