The Eagles defeated the Raiders 2-1 on Thursday to advance to the state championship game. 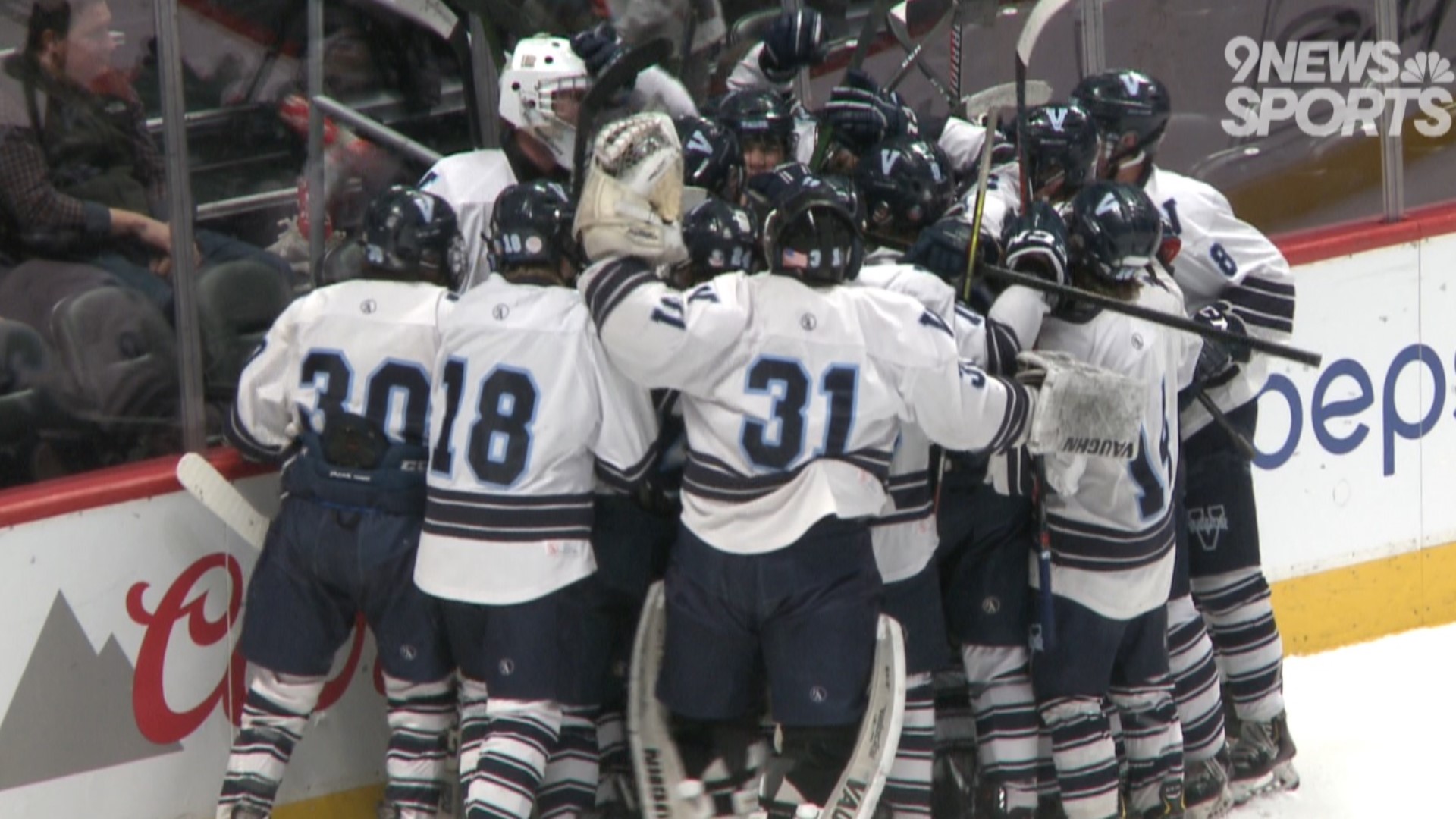 DENVER — Two of the best teams in high school hockey squared up Thursday night under the bright lights of the Pepsi Center.

One would be heading to the 2020 state championship game. The other would bow out in the Frozen Four.

It was Valor Christian which got a dose of revenge, edging out Regis Jesuit with a 2-1 victory to advance. The Raiders had won three of the past four state titles -- one of them against the Eagles in 2018.

"We've never beaten them in this arena, so it was an awesome time to beat them for once," senior goaltender Trey Hirschfield said.

1-seed Valor Christian got things started with a power-play goal from Ryan Kayser to lead 1-0 after the first period. 5-seed Regis Jesuit responded in the second when Will Laws hit the top-right corner with a wrist shot to tie things up.

The decisive third period featured only one goal, which caught everyone in Pepsi Center by surprise.

Junior forward Evan Pahos appeared to simply be dumping the puck into the Raiders' zone before it bounced off the board at the net. It then struck the goaltender's skate and squeaked in for a goal, which proved to be the differnce in the 2-1 victory.

"I would never wish any goalie to lose like that. We're both very competitive teams, but it just sucks for him to lose like that," Pahos said. "We felt like we deserved to be in the championship. The better team won." 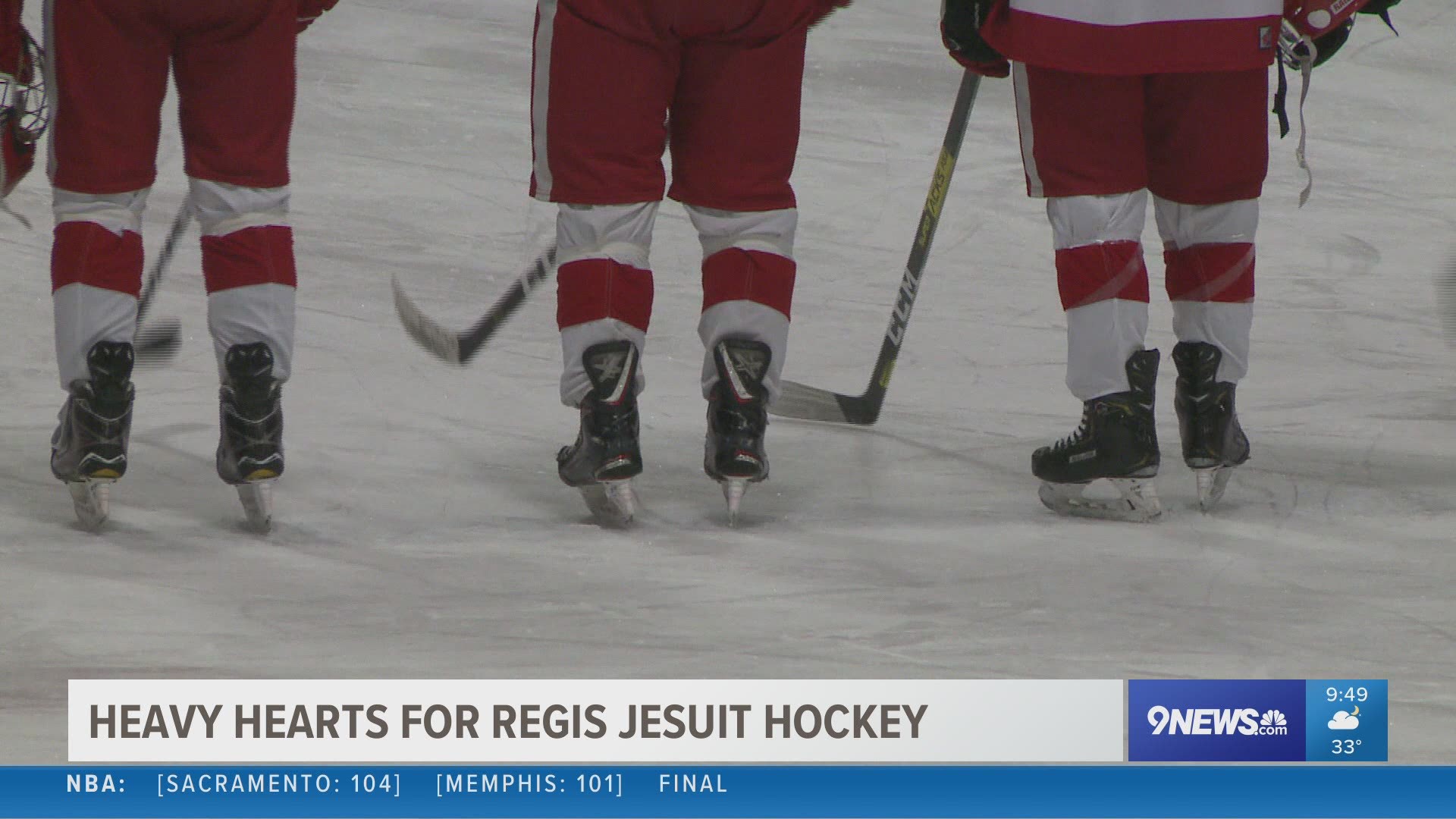 Valor Christian will face 3-seed Fort Collins in the state title game at 7:30 p.m. Tuesday night at Pepsi Center. Both teams are chasing their first championship in program history.