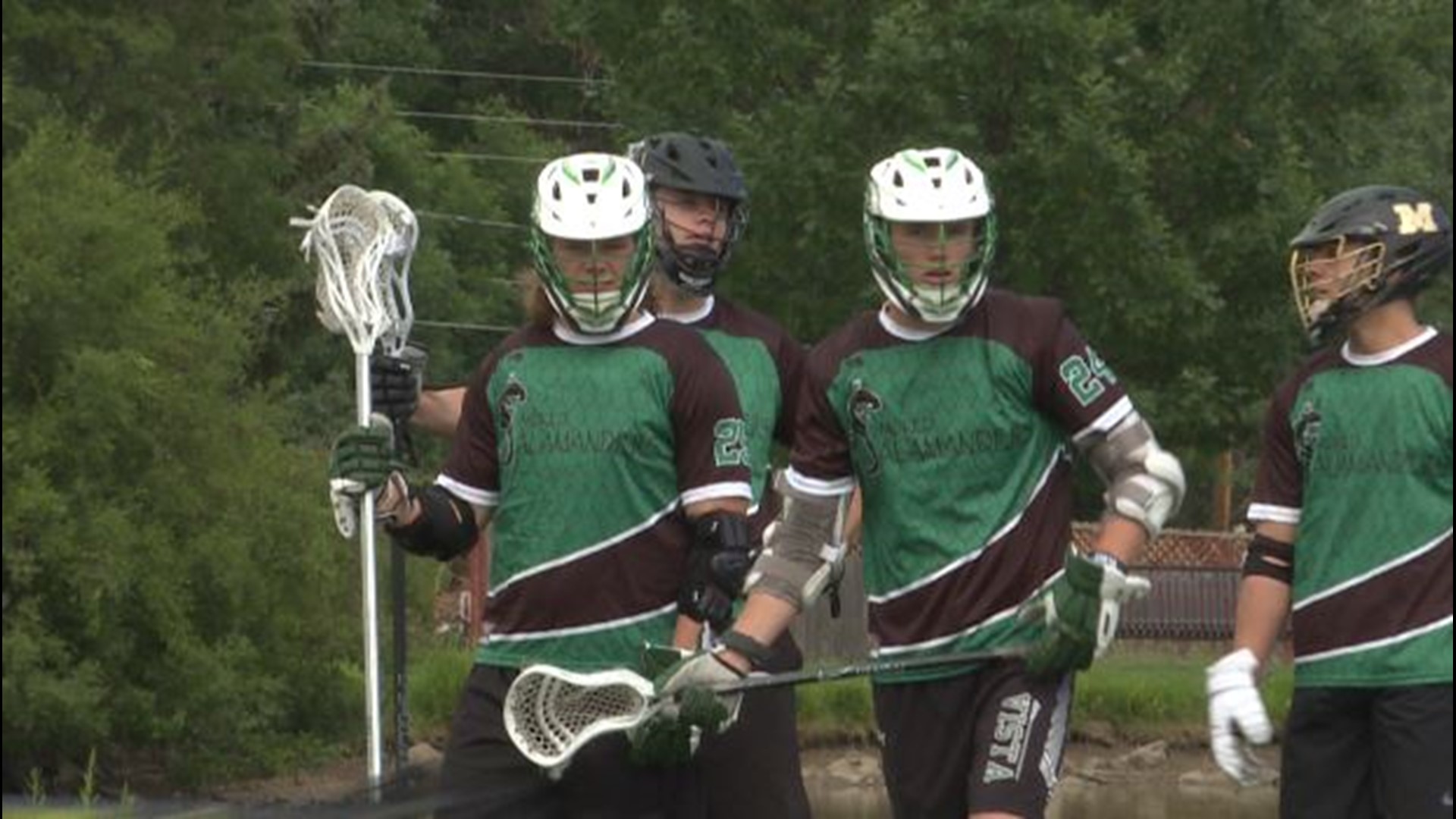 LAKEWOOD, Colo. — Christopher Perella is only months away from playing college lacrosse, but his mom Kelly wasn't always so sure this would happen.

"It was devastating to find out that your six-year-old has Type 1 Diabetes," she said. "It's not a death sentence, but it's an every day sentence."

Three years later, his twin brother Matthew was diagnosed with the same disease.

Type 1 Diabetes, also known as juvenile diabetes, is a chronic condition in which the pancreas produces little or no insulin. If a person does not receive enough insulin, the hormone needed to allow sugar to create energy, they could potentially pass out.

Kelly wouldn't let that happen to her kids once they leave the nest -- she came up with an idea.

"She spoke with the fire department and talked about what they look for in diabetics firsthand if someone were to pass out or anything. They would look at their wrists first for a bracelet or their necks for a necklace," Matthew said. "So tattoos were the best-case scenarios for us. We also got these tattoos to show kids younger than we are that they can play sports and do things that normal kids should."

Matthew's tattoo is a blue caduceus with green snakes across a red cross background. In the middle of the caduceus are the symbols T1 for Type 1 Diabetes.

Christopher will be getting his tattoo later this week, but said his won't be as large and detailed.

The Perella boys said that neither of them let their disease get in the way of their sports at the moment. They each came to their summer lacrosse game prepared with extra sugar-free Gatorade, insulin, and their sugar level monitors.

They're not finished with their careers, either. After three successful years at Mountain Vista (and a missed fourth year due to the canceled spring season), both Perella boys are taking their talents to Colorado State - Pueblo.

"I'm so excited to see them keep playing! We missed their senior seasons so I'm just so excited that this isn't it for us," Kelly said. "We get to keep seeing their games."

It wasn't either of their first choices. Matthew was the first to realize it would be home for the next four years. He wasn't ready to hang up his stick, and CSU-Pueblo was the best school to offer both boys a scholarship. After he jumped on board, it was easy to convince Christopher. At the end of the day, family and safety came first.

"It's still nice to know that there's someone two floors down from me that I can talk to or hang out with," he said.

"And we kind of nag on each other for things and diabetes, especially me nagging on him more," Matthew added. "But we definitely watch each other's backs."

Kelly made it clear that the decision was theirs to make, but she couldn't contain her excitement to know they would be within the state borders.

"I need to be able to sleep at night while they're off at school, and I know that they'll take care of each other," she said. "It gives me a huge amount of comfort, it really does."

She and her husband Rob have taken care of them for 18 years, but now it's up to the boys to look after each other. Kelly feels like they're up for the challenge.