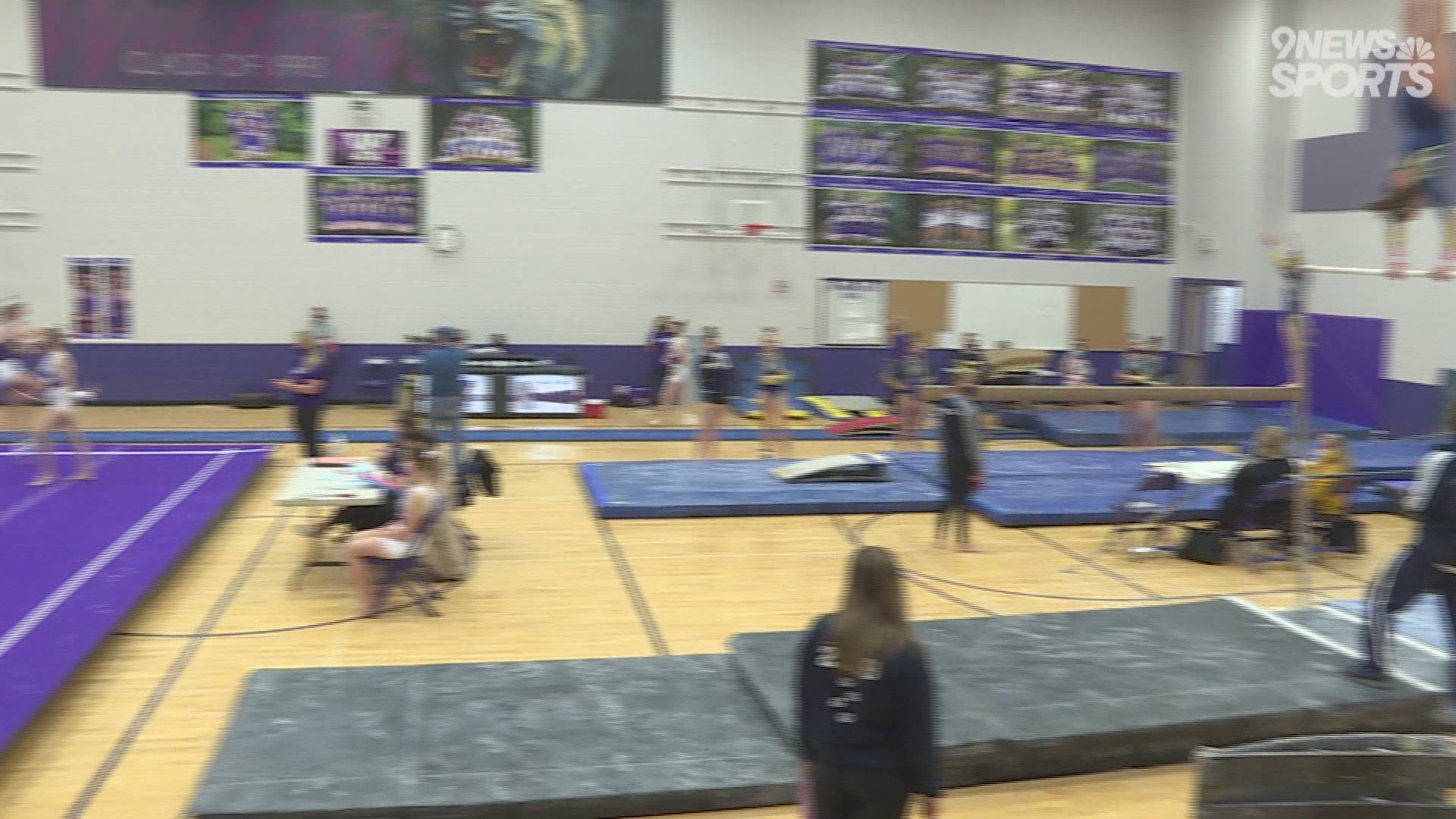 ARVADA, Colo. — It has been a completely different year for Colorado high school gymnastics.

It's been a completely different year for everything, really, but gymnastics included!

In what is normally a season that is already over with 15-plus meets, gymnastics was pushed back and shortened.

Kayla Powell won the individual all-around between the two schools and really proved to be a top athlete. Powell performed well all evening including earning a 9.250 score on her floor routine.

With league meets, regional meets and ultimately state coming up, dual-meets like these can act as both competition and practice, but the girls were all out competing in the sport they love. And gymnastics culture brings lots of support, positivity and many hugs along with it.

You can watch the extended highlights above filmed by 9NEWS Prep Reporter Scotty Gange from the Tuesday evening competition.

Catch the 9NEWS Prep Rally with Scotty Gange Saturday and Sunday mornings at 7:45 and 8:45 for highlights and feature stories from around Colorado in the high school athletics community.

RELATED: Terrence the Tweeter: Ty and Terrence Robinson's connection through a tweet