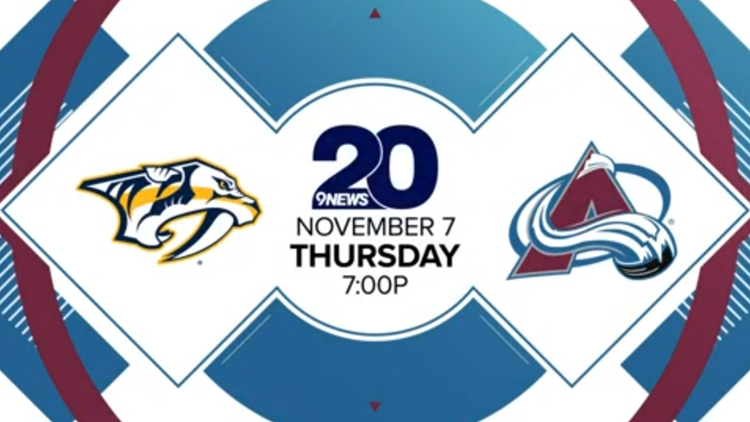 DENVER — Thursday night's game between the Colorado Avalanche and Nashville Predators will be broadcast locally on KTVD Channel 20 (657 or 5 on Xfinity) amid an ongoing dispute between Altitude Sports Network and Comcast and Dish Network.

Altitude Sports and DIRECTV reached an agreement last week to broadcast Denver Nuggets, Colorado Avalanche, Colorado Rapids and Colorado Mammoth games throughout a ten-state region. Altitude is still blocked on both Dish and Comcast. A contract with those providers expired at the end of August.

The network typically broadcasts Colorado Avalanche and Denver Nuggets games, which means many fans in Colorado are unable to see the games.

Altitude Sports Network is still available on some smaller providers.

Colorado’s attorney general is getting involved in the dispute over blacked out Denver Nuggets and Colorado Avalanche games.

In letters sent to DirecTV and Comcast, Attorney General Phil Weiser’s office said it will investigate if the customers of the satellite and cable companies are being ripped off by paying for a channel they are unable to watch.

The letters said DirecTV and Comcast may have engaged in "a deceptive trade practice" and warned of penalties up to $20,000 per violation of the Colorado Consumer Protection Act.

RELATED: 9Things to do in Colorado this weekend: November 8-10