The Huskies defeated Crested Butte 5-4 in overtime for their first state title in program history. 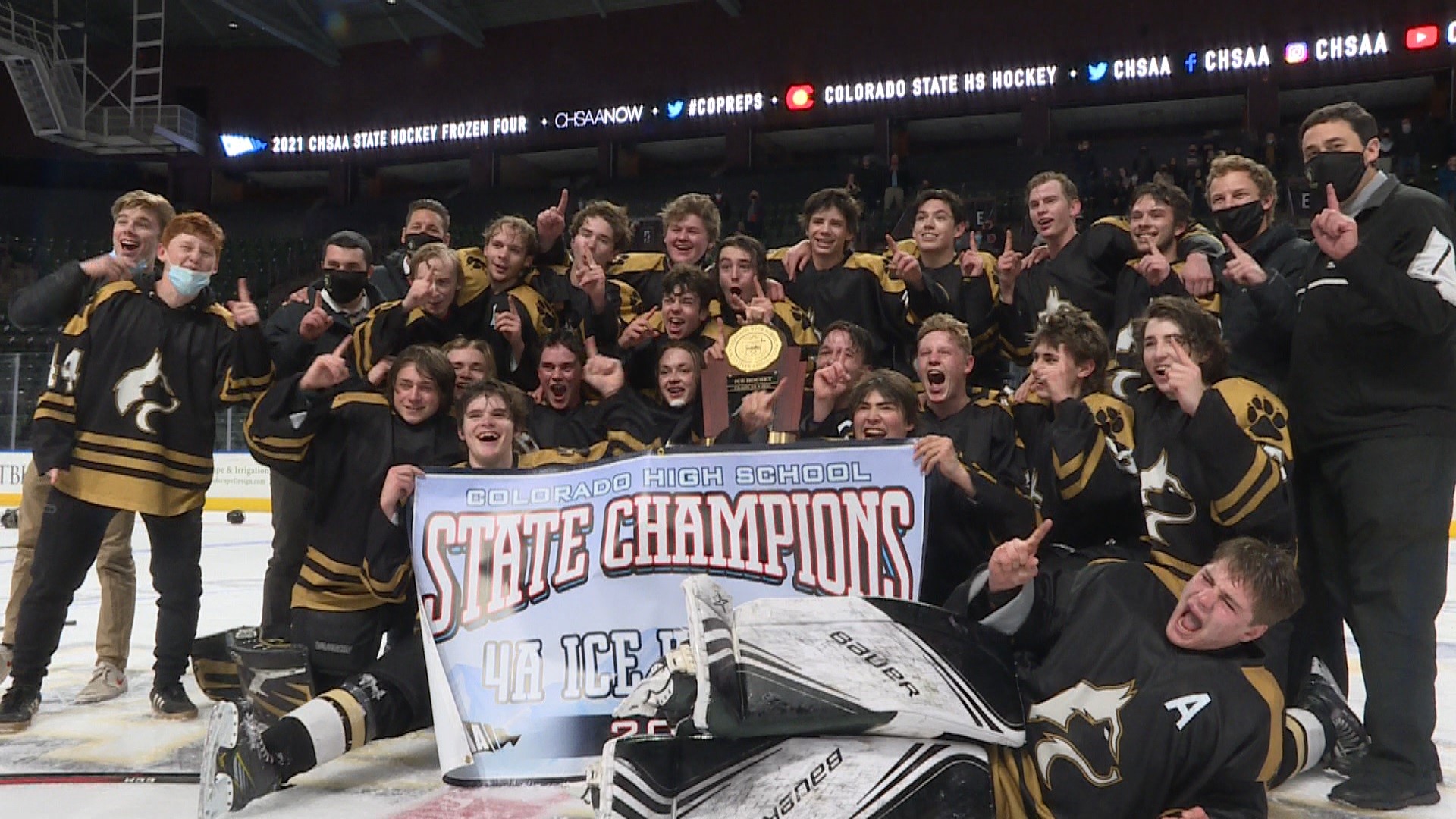 LOVELAND, Colo. — Welcome to the party, Class 4A.

The first 4A hockey state championship didn't disappoint, as Battle Mountain outlasted Crested Butte 5-4 in an overtime thriller at the Budweiser Events Center on Thursday night.

It is the first state title for the Huskies in program history. Battle Mountain had played in the championship game twice before (2002, 2008) but was defeated both times. It was the first title game appearance for Crested Butte.

Hunter Davis scored the game winning-goal for the Huskies in overtime.

"It was amazing," he said of the post-game dogpile celebration. "I haven't felt that before ever, so I'm glad we got to do that."

Matthew Solanik found the back of the net twice for Crested Butte, while Colm Piccaro and Joseph Stock both contributed one goal.