He's smaller than a running back the Broncos took in the seventh round, but Philip Lindsey is a hometown player - and was gifted a signing bonus that's tied with the most the organization has ever given an undrafted free agent. 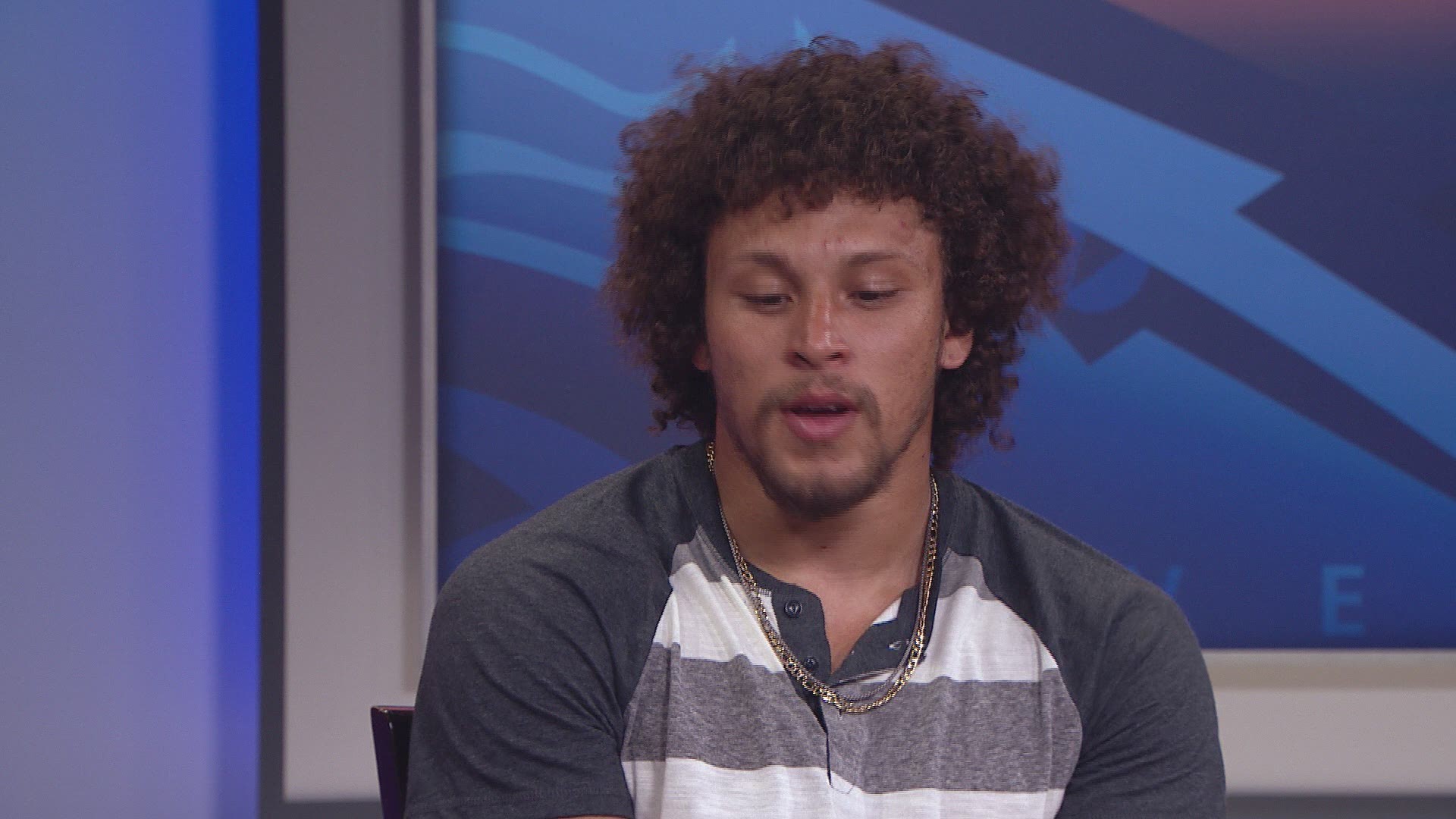 KUSA – For a few minutes there, Phillip Lindsay thought about signing with someone other than his hometown team.

The Broncos had surprised him, and a few others, by selecting Arkansas running back David Williams eight picks into the seventh round.

By then Lindsay had been fielding calls from several teams who said if they didn’t draft him in the sixth or seventh rounds, they wanted to sign him as an undrafted college free agent.

Lindsay was excited the Broncos were among the interested teams. He grew up in Denver and attended South High School. Despite tearing his ACL in the first game of his senior year, he wound up on football scholarship for the University of Colorado Buffaloes.

After rushing for 2,726 yards and 30 touchdowns in his junior and senior seasons combined, and running a 4.39-second 40 at his Pro Day, Lindsay should have been drafted. He wasn’t because his 5-foot-7, 184-pound frame is considered small by NFL standards.

The Broncos instead drafted Williams, a power-type back at 6-foot, 224 pounds. Within the first hour after the draft, Lindsay briefly considered signing elsewhere, but not for long. The Broncos made sure they didn’t lose the speed back by giving him a $15,000 signing bonus that was tied for the third-largest among undrafted bonuses in the eight-year tenure of Broncos general manager John Elway.

“Yeah, looking back I talked to my agent (Mike McCartney) and we had a long talk and we decided being home was the best situation for me because of my opportunity to play this year,’’ Lindsay said in a sit-down interview with 9NEWS that will be shown on Overtime at 10:30 tonight. “At the end of the day no matter where you go, you’re going to have to battle. Why not battle in my home state? I felt like the opportunity was right for me.’’

Sporting his trademark afro, striped pullover shirt and fashionable jeans with slits at the knee, Lindsay was relaxed and engaging as he sat down in the 9NEWS studio last week. He plans on joining a select group a players who played for a Colorado high school, in-state college and the Broncos.

“I’m good friends with Dan Graham,’’ said Lindsay, who plans on spending his rookie season living in his mom and dad’s basement with an eye on buying a house in his second season. “He grew up with my cousins and my uncle coached him so he’s like family to me. I talk to him a lot.

“It’s just a great feeling to be able to stay home and play for the Denver Broncos. I watched them all my life and now I’m wearing the jersey and I can go from black and gold to blue and orange, there’s no better feeling.’’

Lindsay will be among the rookies who report to training camp Tuesday at the Broncos’ UCHealth Training Center headquarters. They will take a physical and run a conditioning test on Wednesday, then run-through a practice Thursday, the eve of the veterans’ report date.

The first training camp practice will be held at 9:30 Saturday morning (free admission to the public). Lindsay says he’s going to follow the habit he developed at CU by trying to be the first one at the facility each day.

“I’m going to learn something new every day,’’ he said. “And I’m going to make plays. That’s what it’s about. That’s how you stay on the team is you make plays. It’s a battle. And I say if a running back is better than me, then he has to prove it to me.’’

Although all undrafted players open camp as underdogs to make the 53-man roster, Lindsay has a shot as head coach Vance Joseph will look at him in a Darren Sproles-type role of returner/third-down back.

Lindsay got plenty of first-team reps during the OTAs (organized team activities) and minicamp – unusual for undrafted rookies.

“I wasn’t surprised because I know what kind of player I am,’’ Lindsay said. “I know what I bring to the table. I work my butt off and in my head, I feel like I should have been drafted. I want to go out there and play like I was drafted in the first round. That’s how my mind’s been set.’’

A fiery and fun-loving personality, Lindsay was also seen taking charge of rookies at various times during the offseason.

“I don’t look at it as taking charge,’’ he said. “I look at it as just being myself and stepping up. We have to win this year. I want to win games. I want to be part of the Denver Broncos. I’m going to give everything I got.