The Titans secured their second win of the year on Wednesday afternoon over the Mustangs by a score of 2-1. 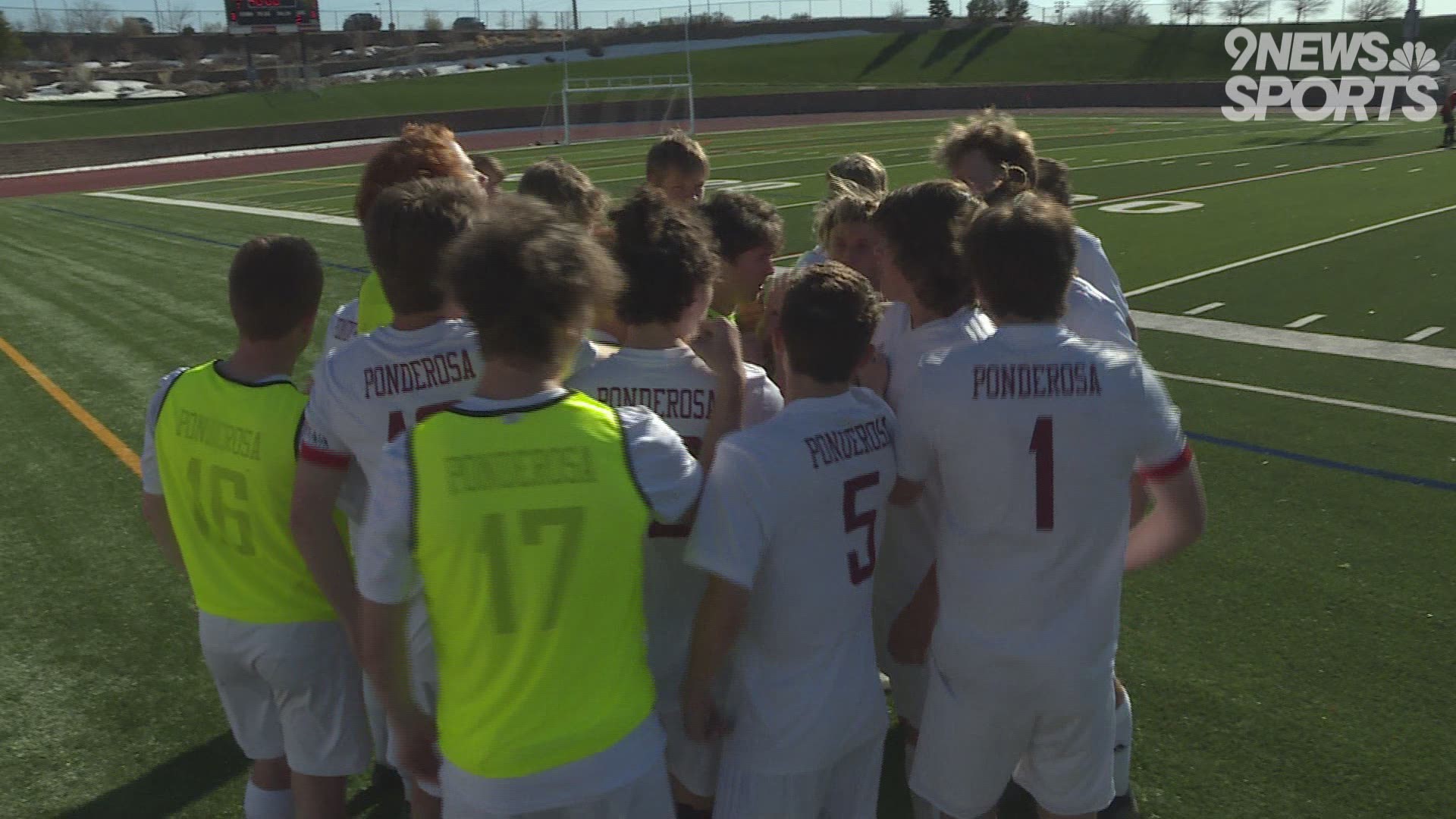 PARKER, Colo. — A boys soccer rivalry match on Wednesday afternoon came down to an Andrew Wilson rocket top corner goal and a Jaden Robertson clutch save for the Legend Titans.

As they sported their 'FC Legend' logo on their chest, the team looked near professional in a 2-1 victory over Ponderosa.

A conference matchup, both teams played hard with few mistakes and it was a very close game.

The Ponderosa Mustangs struck first as junior Jantsen Smith had a sweet ground ball goal off a clean tip pass from Mustang senior Stephen Bennis, but Legend answered quickly with an equalizer.

A 20-yard lob shot over the head of the goalie from freshman Caleb Graham knotted things up at one and the score would be tied heading into the second half.

As a young team, goals scored by a freshman and sophomores is nothing out-of-the-ordinary for the 2021 Legend Titans. But it meant a lot for the sophomore Wilson who hit the game winner.

"We just never stop, we always keep playing. I mean, it's Pondo so it's our rival. It's super special. Last year we lost so we were definitely trying to win," Wilson said after the victory Wednesday.

More highlights of this game and others from this week all over the state of Colorado will be aired on 9NEWS Saturday and Sunday morning on the Prep Rally with 9Preps reporter and anchor Scotty Gange.

If you have an interesting story you would like to share with Gange you can email him at scotty.gange@9news.com or reach out to him on Twitter at @Scotty_G6