Huskers to be without injured QB Martinez versus No. 17 Iowa

Redshirt freshman Logan Smothers will make his first start Friday against the Hawks. 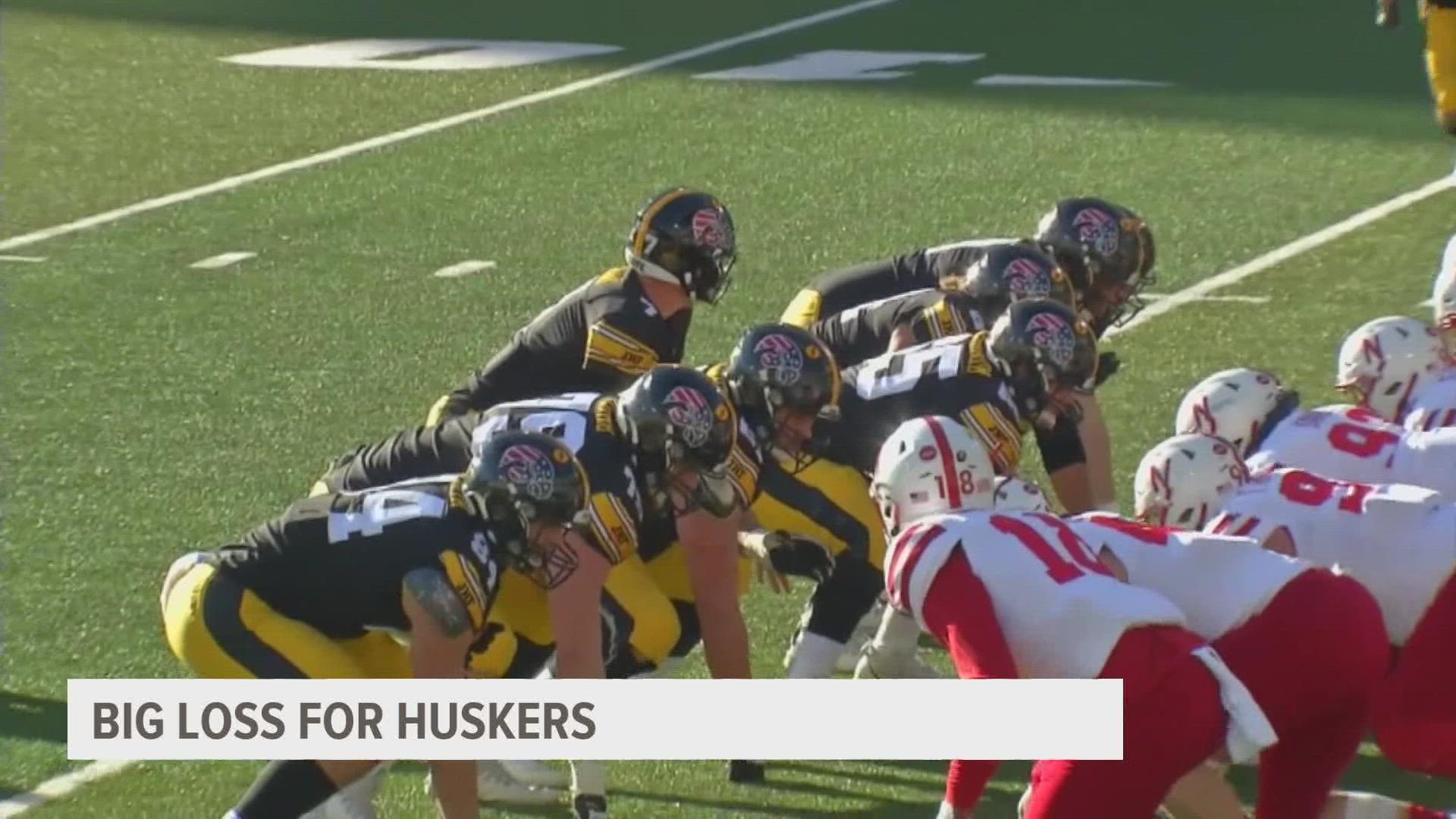 LINCOLN, Neb. — Nebraska quarterback Adrian Martinez will miss the Cornhuskers’ season finale against 17th-ranked Iowa because of a shoulder injury. That word from coach Scott Frost.

Martinez was injured in the first half against Wisconsin on Saturday and was able to finish the game. Martinez had a more thorough examination when the team returned to Lincoln.

Martinez is 15-23 as the Cornhuskers' fourth-year starter.

He has not announced if he will return in 2022 to use the extra year of eligibility the NCAA is allowing because of the pandemic.

Fans can watch Friday's game on the Big Ten Network or stream on the FOX Sports app. Kickoff is scheduled for 12:30 p.m.

RELATED: 'CyHawk Gameday': No. 17 Iowa hosts Illinois, Iowa State on the road to face No. 13 Oklahoma