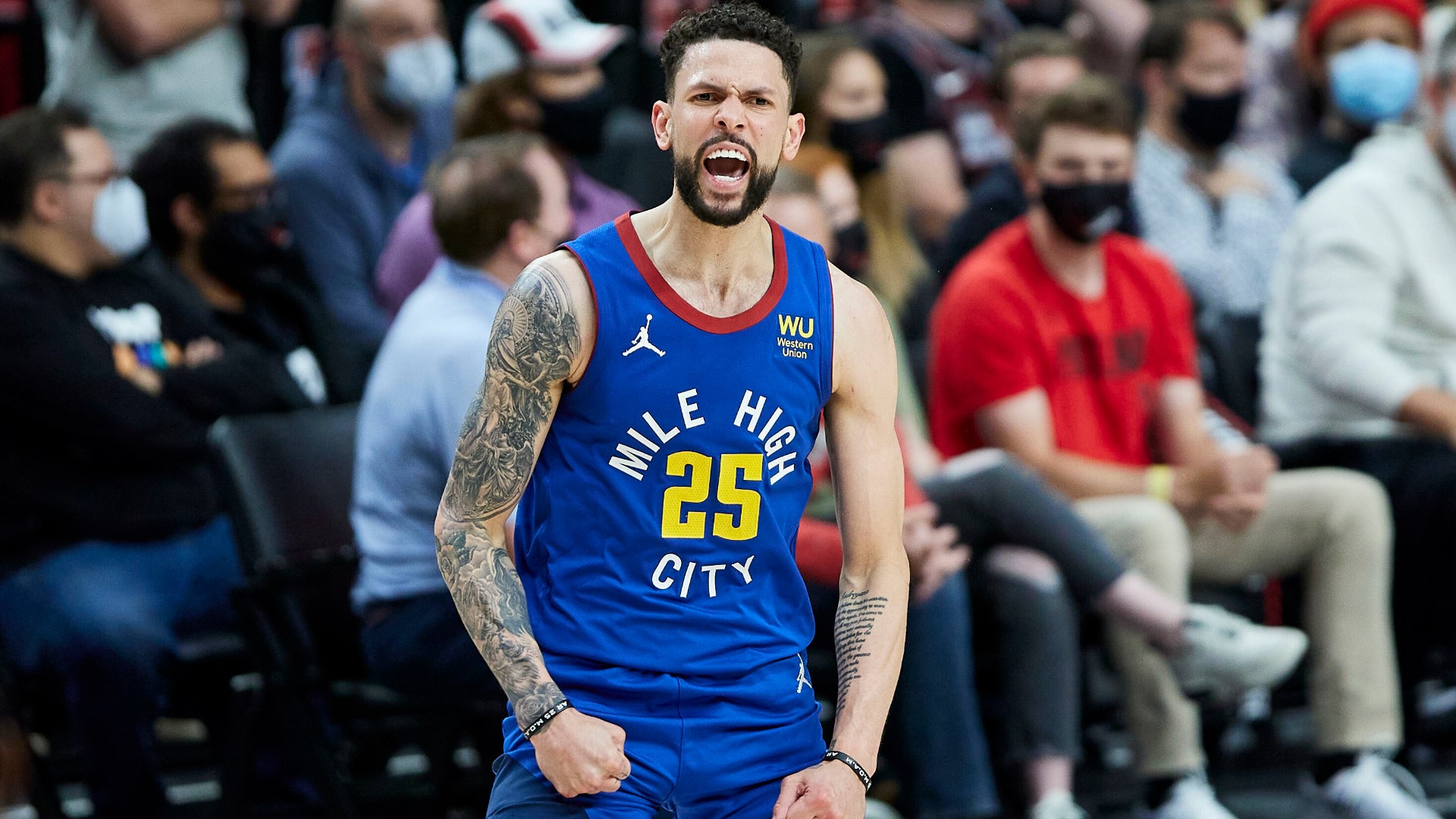 DENVER — This was playoff basketball at its finest.

Two of the best basketball players in the NBA exchanging strikes like it was a heavyweight fight.

In the end, it was Nikola Jokic and the Nuggets standing over Damian Lillard and the Trailblazers for a 147-140 double overtime win. The Game 5 victory gives Denver a 3-2 lead over Portland in the opening-round playoff series.

The Portland star showed that "Dame Time" has yet to expire, to the dismay of the 10,000-plus fans who roared at Ball Arena on Tuesday night. Lillard exploded for 55 points, which included hitting an NBA postseason-record 12 3-pointers to muscle his team back into the game.

On the other end of the court, Jokic carried Denver per usual with a team-high 38 points, while Michael Porter Jr. bounced back with 26 points.

But the surprise performance of the night came from Monte Morris -- who scored 28 points off the bench. Denver received 48 points overall from its bench.

Early on, it looked as if the Nuggets would run away with Game 5. Denver started the game on a 10-0 run and led by as many as 22 points in the second quarter.

Portland, however, rattled off a 14-0 run to close the gap to within 3 points at halftime. The Blazers took their first lead in the third quarter, and the game ultimately went through 12 different lead changes in a rollercoaster finish.

The series shifts back to Portland, where Denver will look to close the series out and advance. Game 6 is slated to tip off at 6 p.m. MT on Thursday and will be broadcast on TNT.

>>Video above: Austin Rivers breaks out for Nuggets in NBA playoffs