Jokic is nominated for the best athlete in men's sports as well as the best NBA player, while MacKinnon is not among the four nominees for best NHL player. 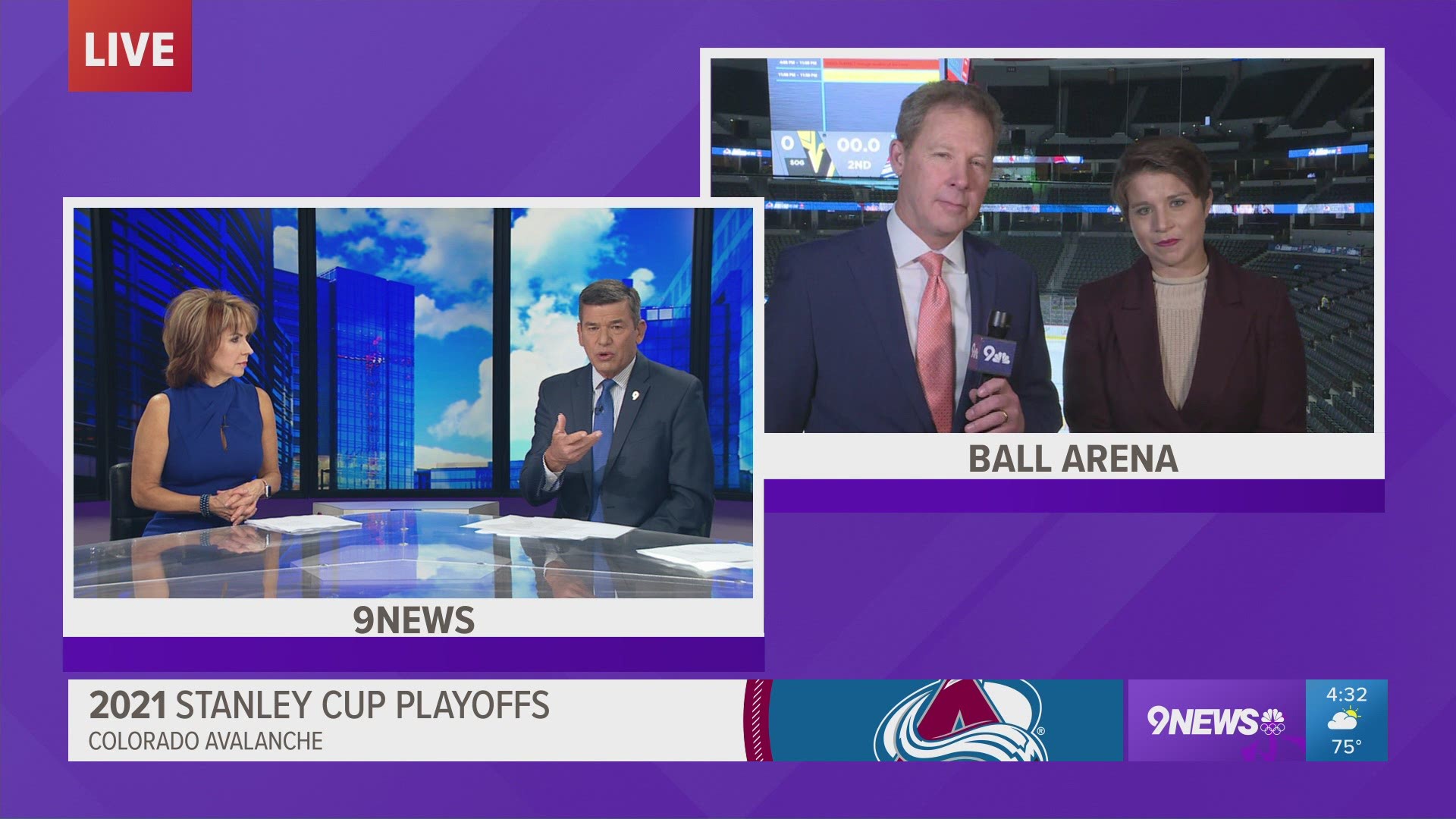 DENVER — Respect from the national media is something Nuggets fans have been clamoring for when it comes to MVP center Nikola Jokic.

Of course, winning such a prestigious award like Most Valuable Player should help validate the feelings of fans, but on Wednesday Jokic was nominated for yet another high profile honor.

The ESPYS (ESPN's version of the Academy Awards) announced Jokic is one of four finalists for the best athlete in men's sports along with Tom Brady, Lewis Hamilton and Connor McDavid.

Brady, of course, won his seventh Super Bowl this year and first with the Tampa Bay Buccaneers. Hamilton won his seventh Formula One world title and McDavid led the NHL in scoring again.

Jokic is also nominated for best NBA player (duh), along with Stephen Curry, Luka Doncic and Chris Paul. Curry and the Warriors didn't make the playoffs and Doncic and the Mavericks lost in the first round, but Paul's Phoenix Suns swept the Nuggets in the second round.

Meanwhile, in the best NHL player category, the nominees are puzzling -- and don't include a single member of the Presidents' Trophy winning Colorado Avalanche.

I know @espn is getting that fancy new hockey deal so it might help if the folks in charge of the @ESPYS actually started watching hockey 🧐 #GoAvsGo pic.twitter.com/l2Lr6ZBLnA

Avalanche superstar Nathan MacKinnon is nominated for the 2021 Hart Memorial Trophy along with Matthews and McDavid, but somehow not up for the ESPY of best NHL player.

Vasilevskiy is a great goalie and the Tampa Bay Lightning are still in the hunt for the Stanley Cup, but it's the selection of Kane that's tricky. His Blackhawks missed the playoffs with just 55 points (the Avs had 82) and Kane scored 15 goals to MacKinnon's 20. Kane did have one more point (66 to 65) than MacKinnon, but was -7 in his time on the ice while MacKinnon was +22.

Regardless, an ESPY isn't going to make or break Mackinnon's reputation around the NHL, but the snub is noteworthy.

For a full list of nominees and to stuff the ballot box for "The Joker," click here.

>> Video above: Denver sports fortunate to have both Nikola Jokic and Nathan MacKinnon

RELATED: Nikola Jokic opts not to play for Serbian national team at Olympics