Man runs marathon in every state to honor late brother

Tom Susco's eight-year journey to complete 50 half or full marathons in 50 states culminated this weekend in Denver. Susco runs to honor his late brother Tim. 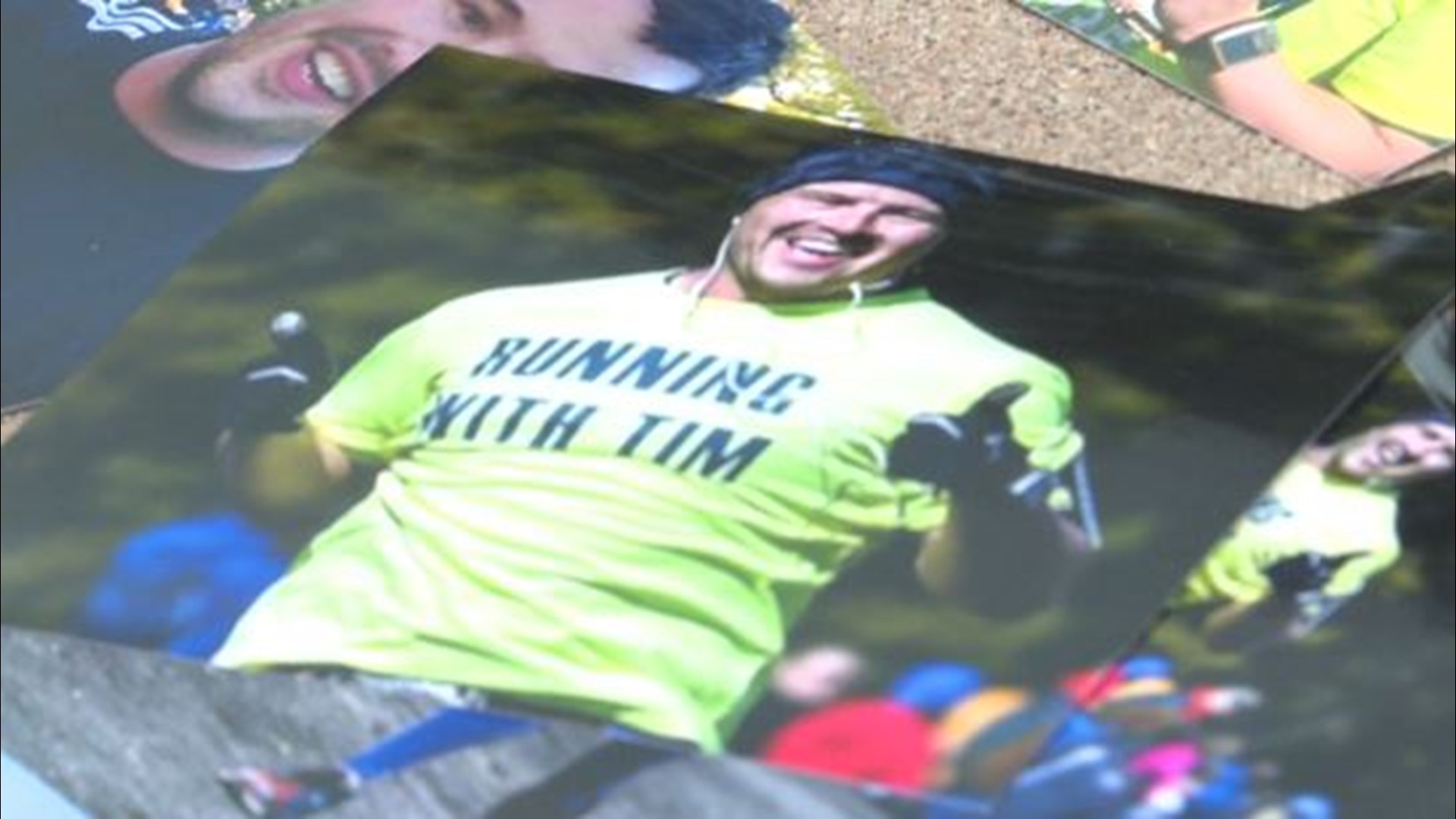 DENVER — 50 full or half marathons in 50 states: It's been an eight-year journey for Tom Susco, culminating this past weekend at the Rock ‘n’ Roll Denver Half Marathon, but he wasn't on this journey alone.

Tom never imagined he'd be running six or seven long-distance runs each year; that was more of his brother Tim's thing.

"The first run was really tough and really emotional and then they get easier," he said.

When Tim died 11 years ago from a brain aneurysm, Tom took his first steps toward his new life.

"Losing my brother was really hard, I was really depressed," he said. "I was just in the grieving process and I just needed to be alone and process my thoughts."

His solo runs turned to group events, and even when he entered races alone, Tom always had a running partner.

"[Tim] has been with me every step of this way, from day one when I needed him to just help with my grief, but also the times where it was the highest of the highs and the lowest of the lows, he's there every single step of the way."

Tom and Tim never ran together before this journey. While Tim was a cross country athlete and avid race participant, Tom was a self-proclaimed book worm and never put his feet to the pavement.

"This is the experience that he and I never got to have together," he said. "Now we get to have it every single day running together and being like brothers should, being together."

Tim was a registered organ donor and was able to help five other people upon his death. Tom wants to keep "Running with Tim" to talk about the dangers of brain aneurysms and spread the message of organ donation.