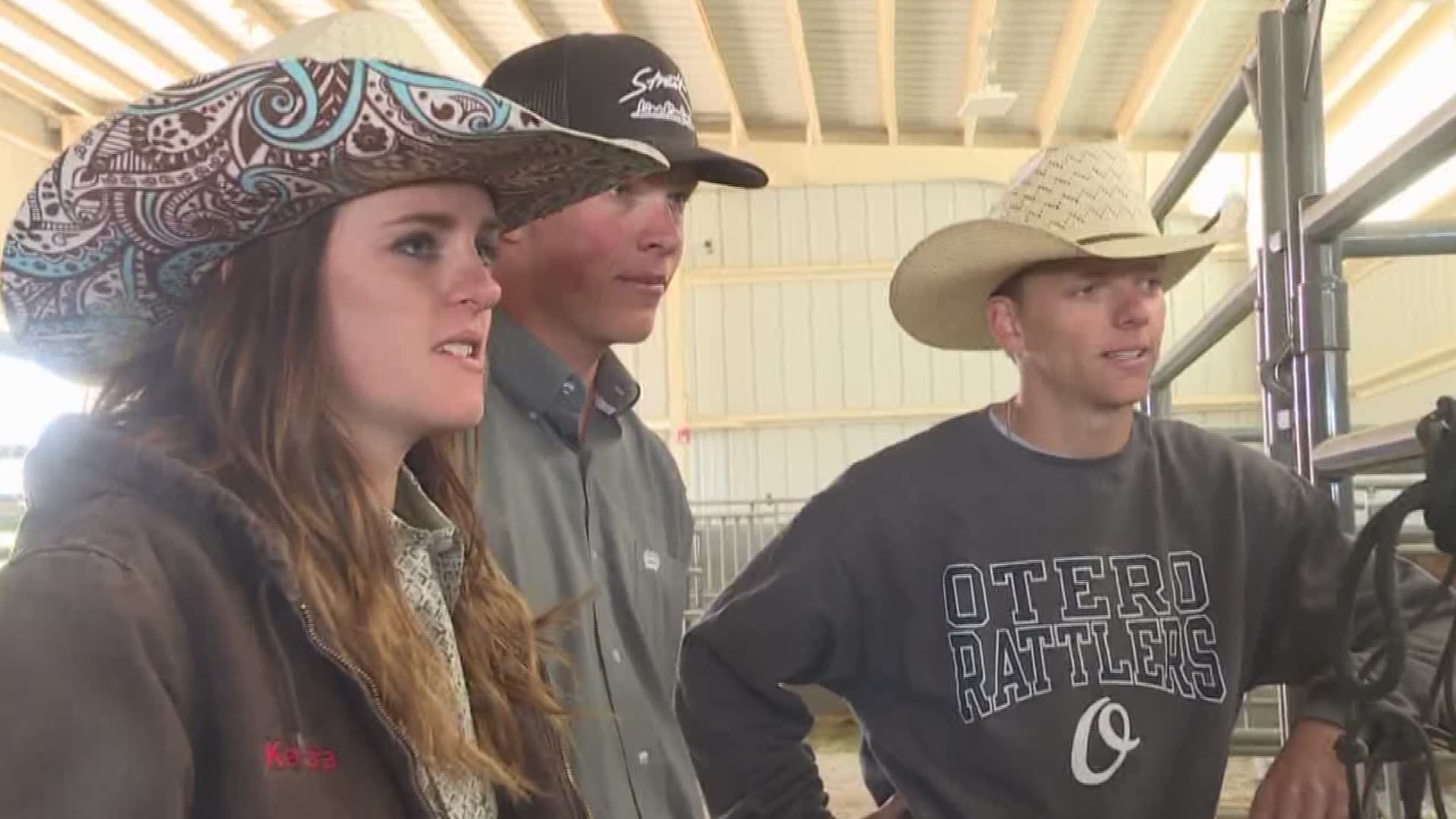 JEFFERSON COUNTY — Some like football and some favor basketball. Others prefer hockey, while others enjoy soccer.

But for the Gray triplets, it’s all about the love for the rodeo.

“I just like the adrenaline rush and it’s different. I like to be different than everybody else,” says Kendra Gray, a pole bending and barrel racing competitor and the lone girl in the Gray triplets.

After learning how to ride from her aunt and uncle when she was nine, she introduced to the sport and culture of rodeo. A soft-spoken senior at Chatfield High, Kendra has a unique competitive view.

“I personally don’t feel like I’m trying to beat other people. I’m just worried about beating my old time and making sure I was better than the last time I ran.”

In eighth grade, Kendra bought a horse from her uncle, prompting Dalton to get into rodeo himself. But unlike his triplet sister, he choose to follow country music star George Strait’s rodeoing path.

“I wanted to be like George Strait growing up and I guess I found out that he roped and I wanted to learn,” he said.

His uncle had a background in roping and showed him, well, the ropes, and it’s been that way ever since.

“It’s a little intimidating at first but once you get into it, it gets a lot better,” Dalton explained.

“At the time of an event, it’s kind of slow motion,” Dillon said, explaining how a ride that lasts a matter of seconds can sometimes feel more like an eternity. “It can be kinda of fun but sometimes it can be scary.”

All three compete for the Jefferson County High School rodeo team, which is a part of Colorado State High School Rodeo Association.

The “Western Life” has a certain flare when it comes to style and culture, but the real work of dealing with the animals, taking care of trucks and trailers, plus training for a couple of hours each every day makes it one demanding hobby. But for the Gray’s, it’s really about one thing.

“Being together I think is just the most important thing,” said Dillon. “It kinda keeps us competitive with each other even though we’re in different events but of course we all want to conquer together.”