Michael Lee, a former CGA champion, is honored with his family at each tournament this summer. Lee died from COVID-19 in December. 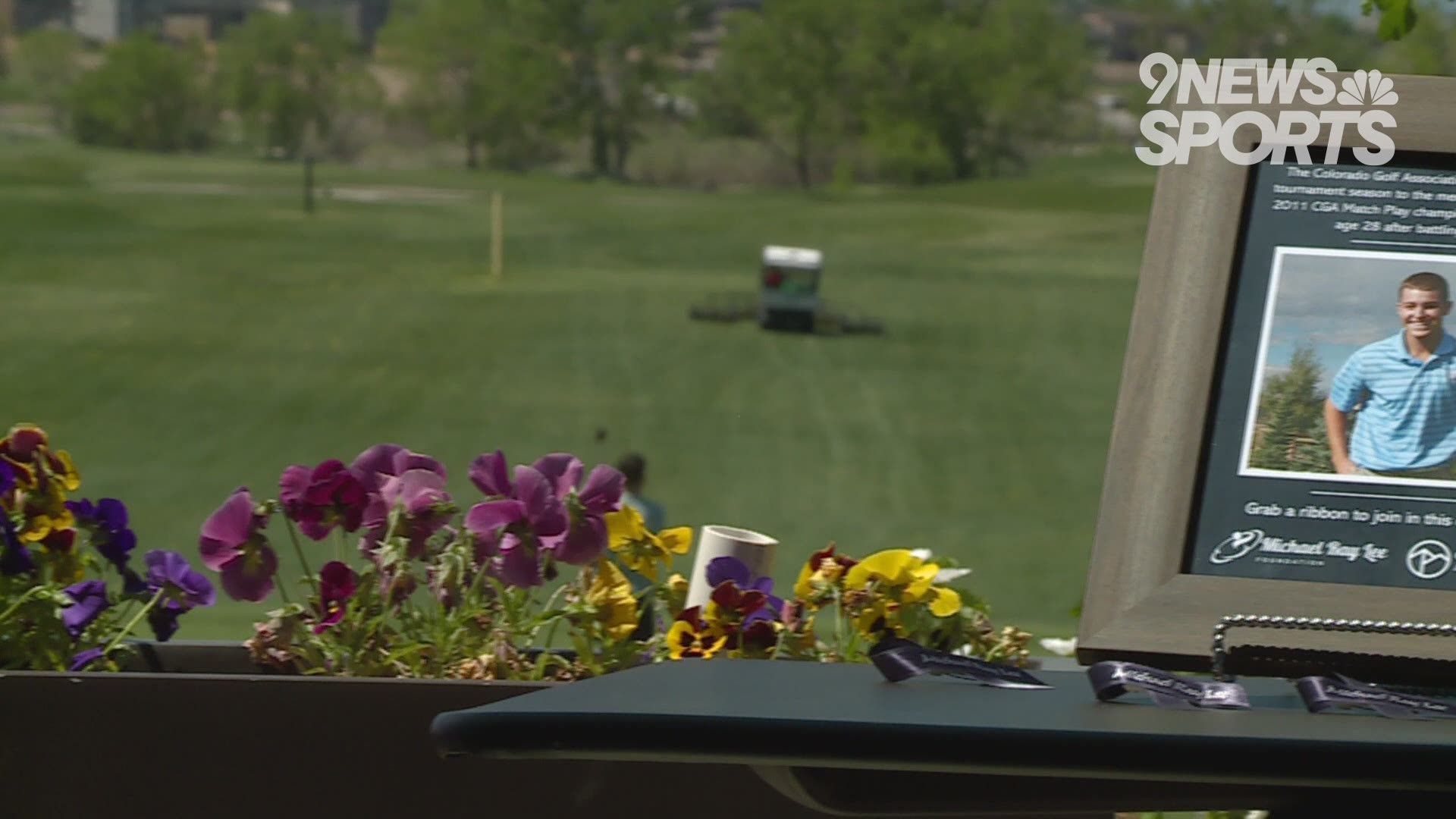 DENVER — John Lee and his wife Amy stepped up to a microphone at the Colorado Golf Association Senior Four-Ball Championship, holding a framed photograph of their son, Michael.

"This is our son Michael. Michael was the GCA Match Play Champion in 2011," John said, as he addressed the winners of the season's opening tournament.

He spoke with a smile on his face as he reminisced about his son's big win 10 years prior. Michael was a golfer with Greeley Central and later Colorado School of Mines.

"We were on cloud nine that day. It was a perfect day at really a tough-tested golf course," John said.

"I just wanted someone to win at that point because we had walked 36 holes, but we were glad Mike won," Amy added.

Then reality set in: Michael wasn't standing beside them as they presented the award to the champion, this year.

"Michael unfortunately passed away from COVID on December 22nd," he said over the microphone.

John was stoic in front of the crowd. He spoke with a steady pace and no audible cracks in his voice. When he spoke to me, however, he took breaks to get the words out.

"It's a big loss for us, for sure, because he was so kind and good to us. He really gave us nothing but proud moments his entire life. Even in his passing, he continues to make us proud," John said, in between tears. "I like to say that the heart of that champion continues to beat."

Two weeks after the Four-Ball Championship, the Lee family hosted the inaugural Michael Ray Lee Memorial Golf Tournament to benefit the Michael Ray Lee Foundation. Morgan said her husband would be smiling with the sold-out turnout.

"I'm most proud of Mike," she said. "He was an incredible person and there's no one that can hold a candle to who Mike was. He makes me so proud."

The tournament raised money for golf and engineering scholarships, and exceeded the Lee family's expectations. Michael's legacy and most known personality trait lives on through the trophy's name.

"The 'Integrity [Cup]', I think his brother Joe came up with that name," Amy said. "We all said that was perfect because that was truly him."

Joe was also the architect of the tournament.

"I think that [Integrity Cup] describes my brother to a t. He's a man of integrity and that's what the game of golf is," Joe said.

The game of golf has also brought the Lee family some solace through the hardest time of their lives.

"It's great to be out here on the golf course because that's where we spent so much time!" John said. "So to come out here and say a few words for the champions, is really heartwarming for us."

RELATED: Columbine golfer Ella Dailey can swing it and string it!