COVID-19 forced the NCAA women's soccer season into spring time, instead of its typical time slot in the fall. Amena Nelson is now playing soccer and running track. 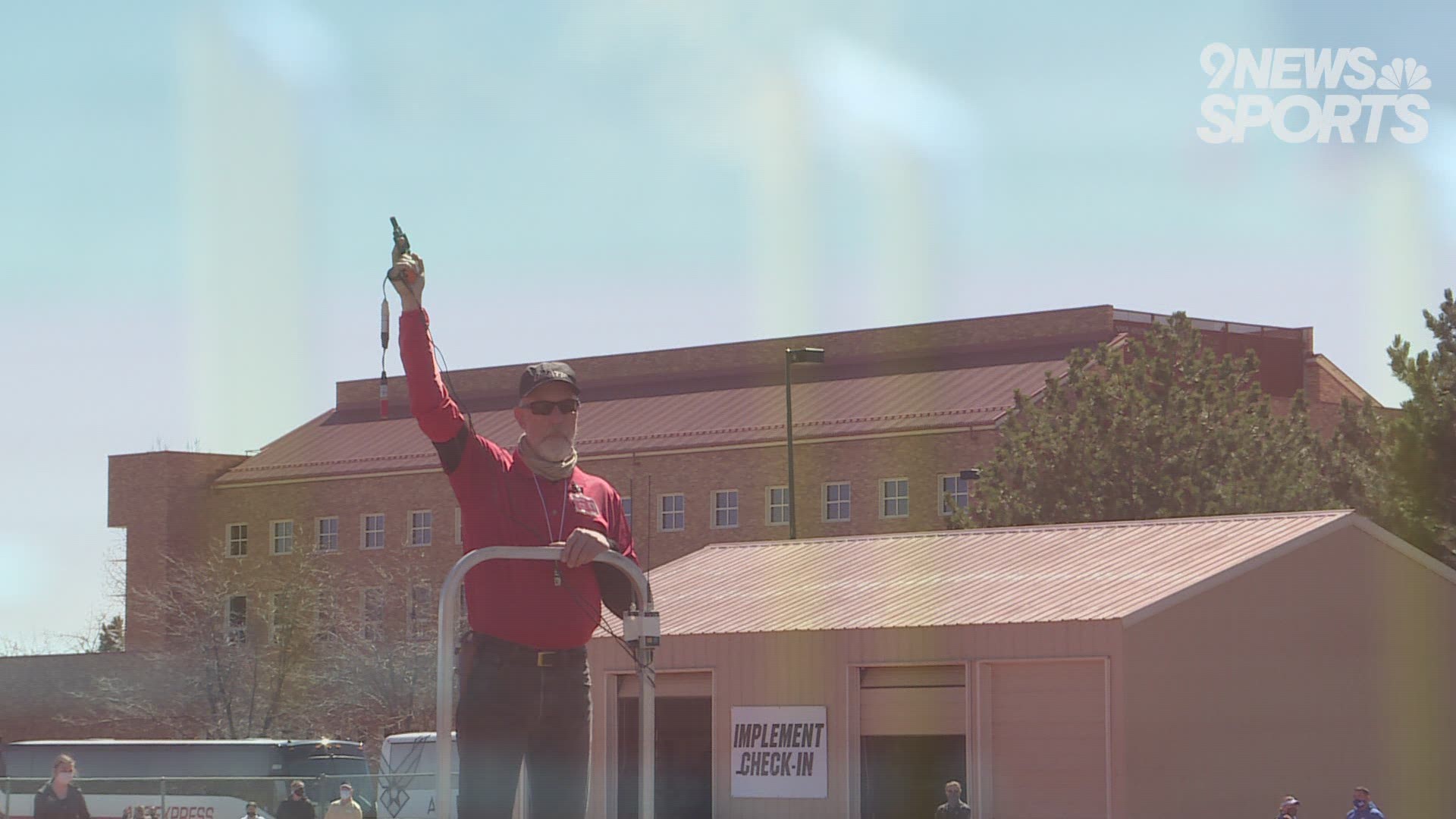 GOLDEN, Colo. — Where most would have seen a roadblock, Amena Nelson saw an opportunity.

"Being in this moment, it doesn't feel like history-breaking," she told 9NEWS. "Right now, it just feels like something that had to be done."

It's not exactly history breaking, but it's certainly close. Nelson is the first two sport athlete to play in concurrent seasons at Colorado School of Mines, since Mike Flater did the same in 1973-74.

Nelson is a third-year player on the Mines women's soccer team, and a third-year sprinter for the track and field team. When COVID-19 shifted the NCAA soccer schedule to spring, she had to make a decision. Instead, she decided not to.

Dedication, perseverance, and great time management skills. Nelson took initiative over her own schedule, bringing her two coaches together into one meeting.

"Finally, she had to sit us down and force us to talk about day by day and weekend by weekend and that's how we worked it out," women's soccer head coach Kevin Fickes said. "It was really Amena-driven. I think she finally got fed up with the two of us and just forced our hand."

While her love for soccer has always come first, she knew one sport deserved to take the spotlight this spring.

"Track took precedence mostly because it's the real time for the season and I just told them that's how it's going to work and I'll let them know if it's ever overbearing," she said.

"I've got to say, as difficult as it may sound, her performances have not been affected. She's actually doing better," assistant track and field coach Scott Van Sickle said. "She's just managing it so well, that we're staying out of the way."

She wasn't letting any opportunity pass by. Nelson tore her ACL during her freshman year, leaving her sidelined for her first seasons, and missing her second due to the COVID-19 pause. Cross-training in track is now giving her the confidence to return to the pitch for full contact.

"Just getting out there and competing and realizing, 'okay, my body is not going to break down,' I think that really translated to the soccer field," Fickes said. "We saw an immense difference in Amena's play."

"[Fickes has] seen the speed transition to the soccer field. So he'll say to us, whatever you're doing, keep doing it, because it's working over here too," Van Sickle said.

For those keeping score at home, that's two concurrent sports, plus add in a major in mechanical engineering. Nelson said the first two years were tough to balance, but she's finally seeing the light at the end of the busy tunnel.

"I've been challenged a lot more than I'm used to. Being at this school is very academically challenging for me," she said. "I can tell that it's worth it in the end because I have such a passion for it, and I would never go through this if I could never see that in the end."

While she can always lean on both coaches for support, one of them has true experience in her situation.

"I'm in a unique spot in that I went here, so I know what they've been through," Van Sickle said. "These kids thrive on routine. She has to be on top of her studies, her school schedule, her track schedule, and everything has to be in line, so the routine works better for her."

The 1996 mathematics and computer science grad may be able to commiserate with the classwork, but would he ever recommend anyone else taking on her extracurricular load?

"We've had some other crossover sports, but two at the same time, it would have to be the right kid," Van Sickle said.

RELATED: Mines' Brittany Simpson is already the winningest coach in team history, but that's not enough