Atlanta acquired Joc Pederson back in July. Many Braves fans might recognize him by the pearls he wears during game time. 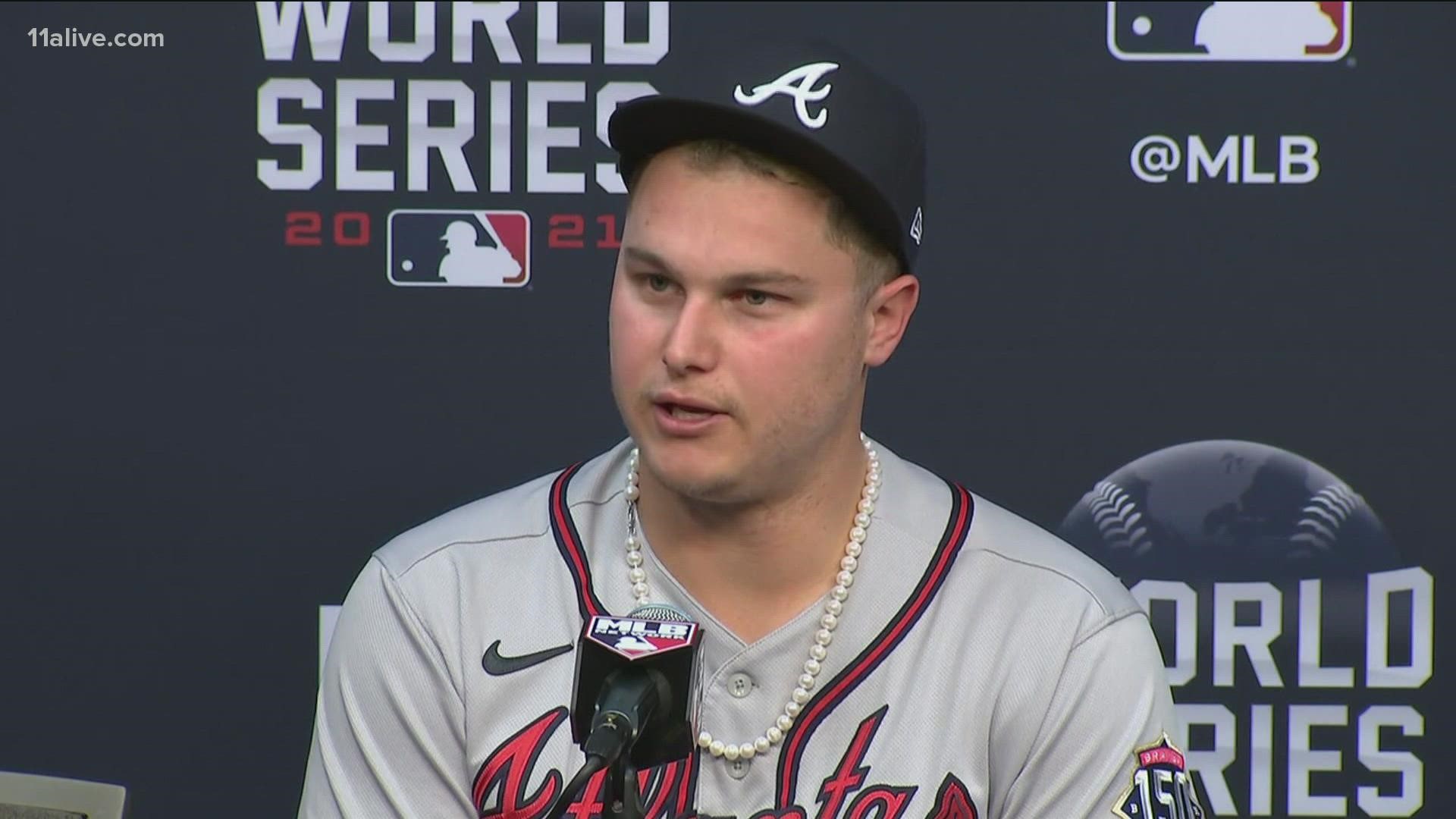 ATLANTA — One of the players that helped lead the Braves to the World Series didn't initially want to get traded to Atlanta. But Joc Pederson's outlook is different now.

Atlanta acquired Pederson back in July. Many Braves fans might recognize him by the pearls he wears during game time.

Pederson opened up about his trade from the Chicago Cubs in "The Players' Tribune," a media platform that publishes sports conversations from athletes.

"Like, I won’t lie — I wasn’t looking to leave Chicago. I enjoyed playing for the Cubs, enjoyed the city, enjoyed Wrigley….. plus I’d already changed teams last offseason. I wasn’t exactly dying to do it twice in a year," he said.

He explained that at the time, Atlanta was under.500,  third in the division and had just lost Ronald Acuña Jr. - a key player on the team. However, things turned around for the Braves.

"It’s like at some point we just started winning a little more than we were losing," he said.

Pederson recalled a story about a plane and bus ride when he jokingly told the pitchers they would be "the [expletive] who are going to win us a World Series."

"I think we won like six games in a row after that," he said. "And I’m bringing that story up, not because I’m trying to say that that’s what jump-started all of this. Obviously not. We’re here because this is one hell of a baseball team — and guys have been playing great when it’s mattered most."

Another moment he described came from a conversation with his old teammate in Chicago, first baseman Anthony Rizzo, who told him "good things happen when yo go blonde."

He said in August, he wasn't hitting like he should and he remembered Rizzo's words.

"The guys in the bullpen saw it, and had my walk-up song changed to 'The Real Slim Shady,'" he said. "The fans caught on to it, and of course did their thing. The whole team got a kick out of it. And then also….. it kind of worked???"

It was the very next game where he hit a home run.

Outside of the amazing play on the field, Pederson said he appreciates the little things - like the support from Atlanta and even the way the fans have learned to love the pearls he sports.

Even though no one knows what's coming next, Pederson likes their chances. He ended the letter with these words:

"Because, yeah — we might not be a superteam. We might have only won 88 games. We might have had our share of injuries, and slipped below some people’s radars, and taken an unconventional path to get to this stage.