On this day in sports: Todd Helton hits 3 home runs in single game 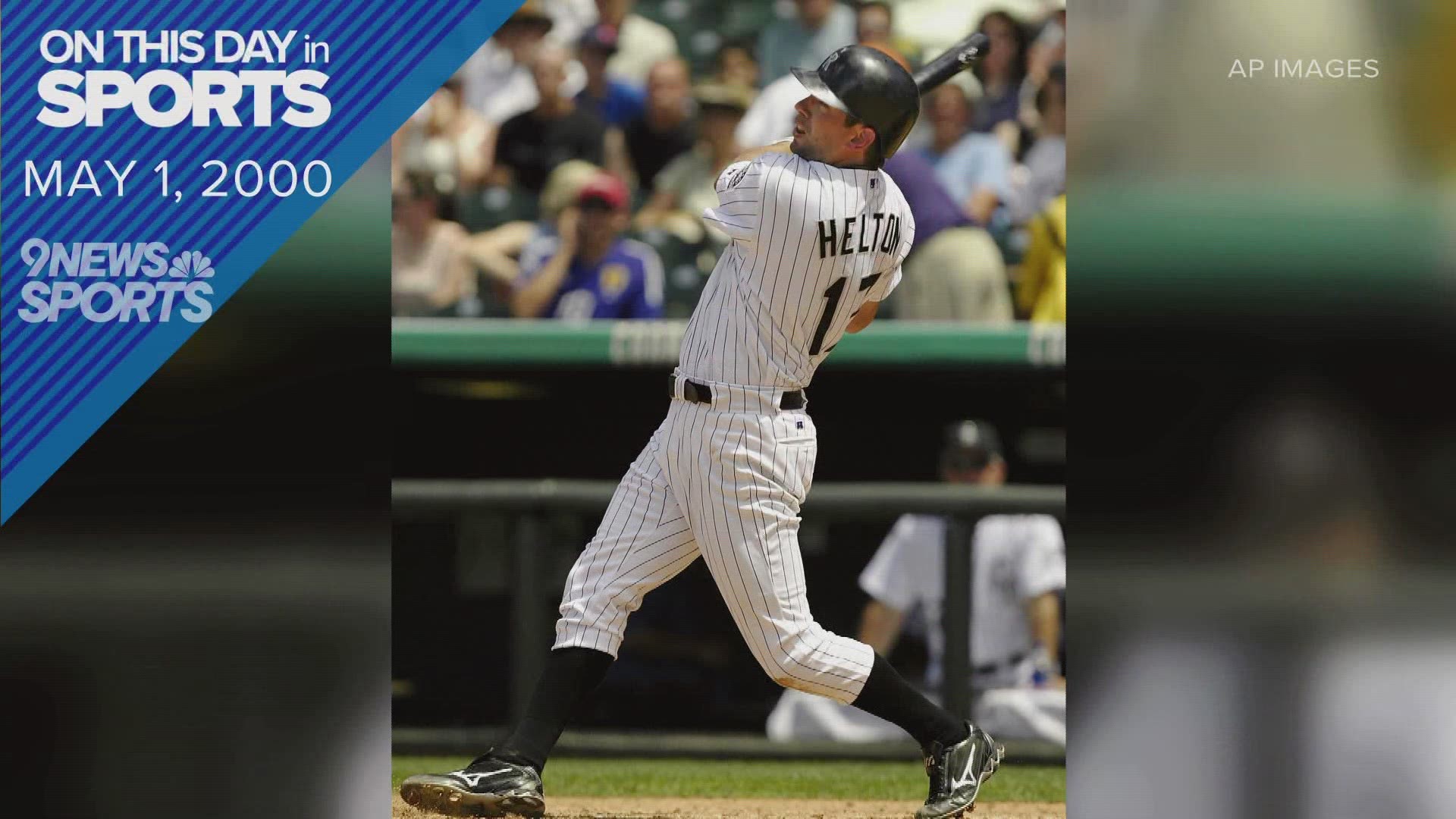 DENVER — On this day (May 1) in sports we look back at a home field hat trick by Colorado Rockies legend Todd Helton.

The Rockies' first baseman went deep not once, not twice, but three times in a single game against the Montreal Expos at Coors Field in 2000.

Helton finished the night going 4-for-4 in an offensive slugfest that ended in a 15-8 victory for Colorado. His franchise record 13 total bases, however, didn't last long as Jeff Cirillo broke it later that season.

RELATED: On this day in sports: Broncos draft Vance Johnson and Simon Fletcher