A reporter's memories: Covering the magic of Rocktober 2007

It was Oct. 3, 2007, in Philadelphia. Game 1 of the NLDS. Game 2 of “Rocktober” – an improbably crazy month that taught the people of Colorado what a pennant is all about. 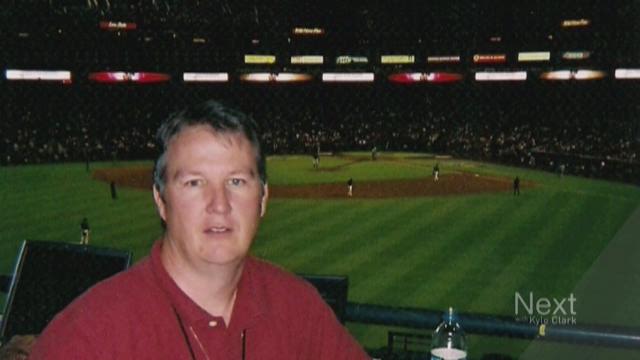 Fred Buchholz’s replica jersey caught my eye – a splash of Colorado Rockies purple in a sea of Philadelphia Phillies red.

It was Oct. 3, 2007, at Citizens Bank Park in Philadelphia. Game 1 of the National League Division Series. Game 2 of “Rocktober” – an improbably crazy month that taught the people of Colorado what a pennant is all about.

I was on assignment for the Rocky Mountain News, looking for a fan feature. And being on the road meant looking for any signs that someone might be rooting for the team from my city. In Philadelphia on that day a decade ago, that was a tough assignment. They take their sports seriously in the City of Brotherly Love, and despite arriving at the ballpark hours before the first pitch and walking miles in search of stories I’d found only a handful of Rockies fans who’d scored tickets.

So it was that I spied Buchholz in a lower-level seat. Or rather, spied his jersey. The pickings were slim, and I waited and caught up with him as he headed to a concession stand, introduced myself, and asked him if he’d talk to me for a few minutes about being a Rockies fan.

He did. And he wasn’t just any Rockies fan. He was the father of reliever Taylor Buchholz, one of the many players who had a hand in authoring the most improbable baseball run imaginable. Thirteen wins in their final 14 games of the season. A win in the 13th inning of a tie-breaker with the San Diego Padres that put them in the playoffs and sent them to Philadelphia.

“It’s nerve-wracking, no matter what age they are,” he told me of watching his son’s games. “It just gets more nerve-wracking. I thought it would be the opposite of that, but it isn’t.”

The craziest month of my professional life was the result of two phone calls – the first on a lazy Sunday afternoon on the last day of September in 2007, the last day of the Rockies’ season.

It was from Sarah Huntley, an assistant city editor at the Rocky, where I’d been a metro reporter for a decade.

The Rockies were playing Arizona that day. Colorado needed a win and a San Diego Padres loss in Milwaukee to force a one-game tie-breaker the next night at Coors Field. If that happened, Sarah wanted to know, could I go to the game the next night and write a feature story on fans?

It wasn’t a hard decision. Sure, I said.

The second call came in the middle of the craziness of that tie-breaker game – a see-saw affair with five lead changes that wasn’t decided until Matt Holiday either did or didn’t touch the home plate in the bottom of the 13th inning. It was from Rocky City Editor Eric Brown.

“If they win,” he said, “go wherever they go tomorrow.”

The next day I was on a plane to Philadelphia. Then home. Then Phoenix and Denver and Boston and Denver again.

1 / 8
My Rocky Mountain News colleague Joe Mahoney captured this as I interviewed Denver Mayor John Hickenlooper during Game 2 of the Rockies-Phillies series. Hickenlooper, a Phillies fan, switched sides for a day: “I’m rooting for the Rockies, of course.”

People like the guy in Section 401, Row 29, of the Rockpile that first night. We’d begun chatting in the middle of 13th inning, and as we talked hope seemed lost. San Diego had just taken an 8-6 lead, and now Trevor Hoffman – one of the greatest closers of all time – was trotting toward the mound and what seemed like the inevitable. And then, improbably, Kaz Matsui and Troy Tulowitzki slammed doubles, Matt Holiday hammered a triple, and Jamey Carroll smacked a sacrifice fly just far enough to send Holiday racing for the plate. The guy who, after the umpire finally – finally! – waved his arms and called Holiday safe, nearly cracked a few ribs as he grabbed me in a bear hug, screaming in my ear as fireworks thundering overhead.

People like Darryl Mitchell of Middlesex, N.C., who honored the memory of his son by traveling to Philadelphia in a Matt Holiday jersey. Seth Mitchell had contracted a disease called Guillain-Barre Syndrome at age 9 and died at 13. In between, one of his greatest joys was sitting against the fence at Carolina Mudcats games and rooting for his favorite player, Holiday. And so it was that he made the drive to Philly for the Rockies’ first playoff game in more than a decade.

People like Holiday himself, still sporting a scab on his chin from that fateful slide into home, who talked to me at length about his memories of Seth Mitchell – and who appeared genuinely touched that the boy’s father had come all the way to Philly to see him play.

People like Grace Frink, who reached into her purple Liz Claiborne handbag outside the ballpark in Phoenix to proudly show of pictures of her and her husband, Bob, with three young men who’d lived with them after coming to Denver, including Rockies pitchers Ubaldo Jimenez and Franklin Morales. She and Bob husband had been “host grandparents” for Rockies players from Latin America, and now they were 800 miles from home to root on their “grandsons.”

People like Paula Hawpe, a Texas teacher I happened to be seated next to on a flight home from one of the games, who marveled that people on the streets of a strange city recognized her son, Rockies outfield Brad Hawpe.

After it was over – after the magic of 21 of 22 and sweeps of the Phillies and Diamondbacks devolved into a four-game World Series at the hands of the mighty Red Sox – I hammered out a final story as the Boston players whooped and hollered near the mound at Coors Field.

Eventually, the stadium emptied out and they shut off the lights towering over the field, and as the reporters and photographers and producers working the game finished up we all headed to a suite for a post-game meal.

I walked over to a window and looked out on the darkened diamond, thinking about the four weeks that had just ended. As I stared out into the gloom, I saw a solitary figure, prone in the outfield grass.

At first I didn’t recognize him – or what he was doing. Then I grabbed my little pair of binoculars and looked closer. There was just enough light to make him out.