Eight years after the unexpected passing of then-Rockies president, Keli McGregor, a McGregor presence is once again filling Coors Field. 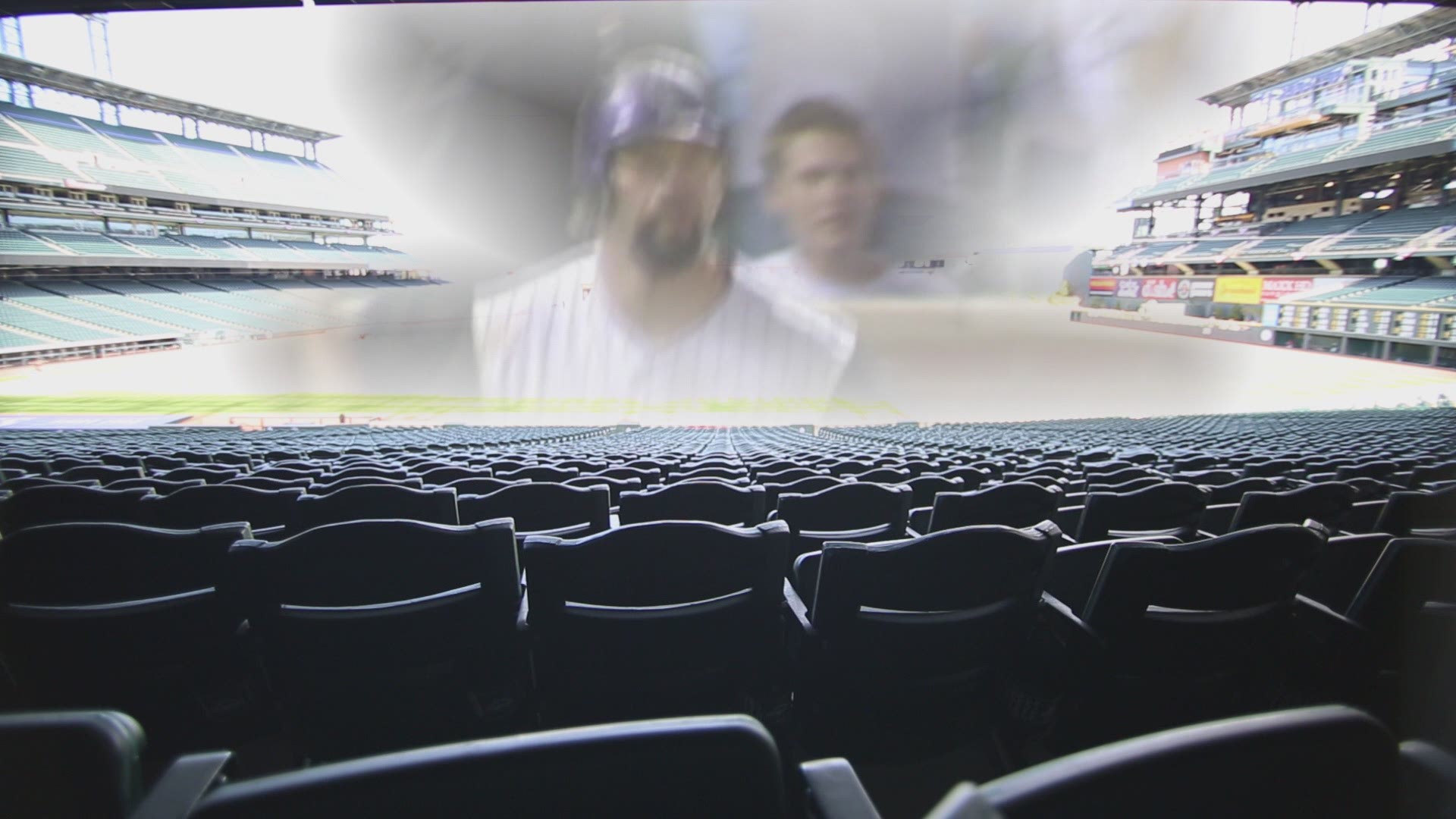 DENVER — At every ball park, there are those names that leave a lasting mark. If you work for the Colorado Rockies, the name McGregor is held in the same esteem as Helton, Tulowitzki and Arenado.

"Before I came back here, people would always ask me, 'Are you nervous to go back and kind of continue the McGregor legacy?'" new AT&T SportsNetwork reporter Taylor McGregor said. "I never really thought about it like that way because my dad and I -- he was him, and I'm never going to match up to him, and I'm okay with that."

The Colorado and greater baseball community was devastated by the unexpected passing of then-Rockies president, Keli McGregor. He was just 47-years-old. But eight years after his passing, there is once again a McGregor presence at Coors Field.

Taylor McGregor, Keli's daughter, is in her first season as the Rockies' new television reporter.

"This was always the dream but, I have to tell you, I never thought I would actually end up here," she said. "These past six months when it all kind of came to fruition, I mean, it was crazy. It's surreal. Sometimes I walk in here and I'm like, 'Is this serious?'"

Taylor's broadcasting career began while she was a student at the University of Arkansas. After stops in Wyoming and back to Arkansas, she landed back home.

"[The AT&T SportsNetwork team] guides me and encourages me, and that's what's cool about being back with the Rockies and having that connection with my dad and the people around here," McGregor said. "I just feel like it's a safe environment to grow."

And more than grow, it has become a place for Taylor to learn -- not only the television side of things -- but about the lasting impression her father left behind.

Keli McGregor was a star, multi-sport athlete at Lakewood High School. He went on to walk on to the Colorado State University football team, eventually finishing as a two-time All-American tight end. In 1985, he was drafted by the Denver Broncos. He went on to work at the University of Arkansas as the assistant athletic director, and was hired by the Rockies in October of 1993. Eight years later, Keli was promoted to club president.

"There were a few years in there where it wasn't very cool to be a Colorado Rockie, but I remember asking my dad, 'Dad, we're not very good this year, but you talk about those young prospects. When is that year going to be?'" McGregor recalled.

It was a question Taylor would continue to ask her father over the years. In 2007, they, along with Colorado baseball fans, would finally figure out.

In mid-September, the Rockies were 6.5 games out of the playoffs. Then came an unprecedented streak. Colorado won 14 of its final 15 regular season games with it all coming down to a play-in game against the San Diego Padres for the final wild card spot.

Colorado won a trip to the playoffs, but the streak didn't end there. Keli McGregor and the organization would win seven more (making it 21 wins in 22 games), clinching the franchise's first ever National League Championship and trip to the World Series.

"Even I remember in elementary school, teachers would say, 'Your dad doesn't know how to run a professional baseball team, what's he doing out there?' And I remember going back home to my dad and being, 'Are they right?' I didn't know," McGregor said. "He just said, 'Stick with us, we're going to be successful, we're doing this the right way.'"

Taylor says, that's who her father was -- a man who had the ability to connect with, and instill a belief in people -- a person who always went about work and life the right way. In fact, she thinks that is one of the biggest ways they connected with one another -- was through their ability to understand the personal and human element of others.

"He was Keli McGregor, a man with character from the time he woke up to the time he went to bed," she said. "I think all of these reminders around the ball park is kind of, his reminder to me of, be who you're going to be, and be that person 100 percent of the time."

These days, Taylor McGregor counts herself as blessed for being able to witness what she knew to be true about her dad. Countless people at the park have shared their favorite stories and memories of her father -- many of whom, considered Keli to be their best friend. Recently, she was able to open a letter addressed to her father years ago. It was a person thanking Keli for the scholarship money -- something Taylor admits she never knew.

"I know it's for a reason. I haven't quite figured out what that reason is yet, but I just truly believe God being like, 'Ok, I'm showing you the kind of person your dad was and the way he treated people because I want you, and I want everyone else in this organization to use that, and to go out and make this world a better place, by using the legacy he has here.'"

McGregor hopes to leave a legacy like her father during her time at Coors Field. Keli McGregor was so respected, so beloved, that his name will forever be etched on his team's wall.

This Sunday will mark the ninth Father's Day that Taylor, her mother and siblings have been without Keli. His memory, however, will live on.

"For me, all Father's Days were spent at the ball park, so that's what's kind of neat," she said. "I'll get to remember some of the good times and just what a blessing it was to be able to grow up so close to this game, and have a father like he was."