Positively Colorado: Yes, there were ballparks in Denver before Coors Field

Before Coors Field there was Mile High Stadium, but there were a number of famous places to play baseball before that. 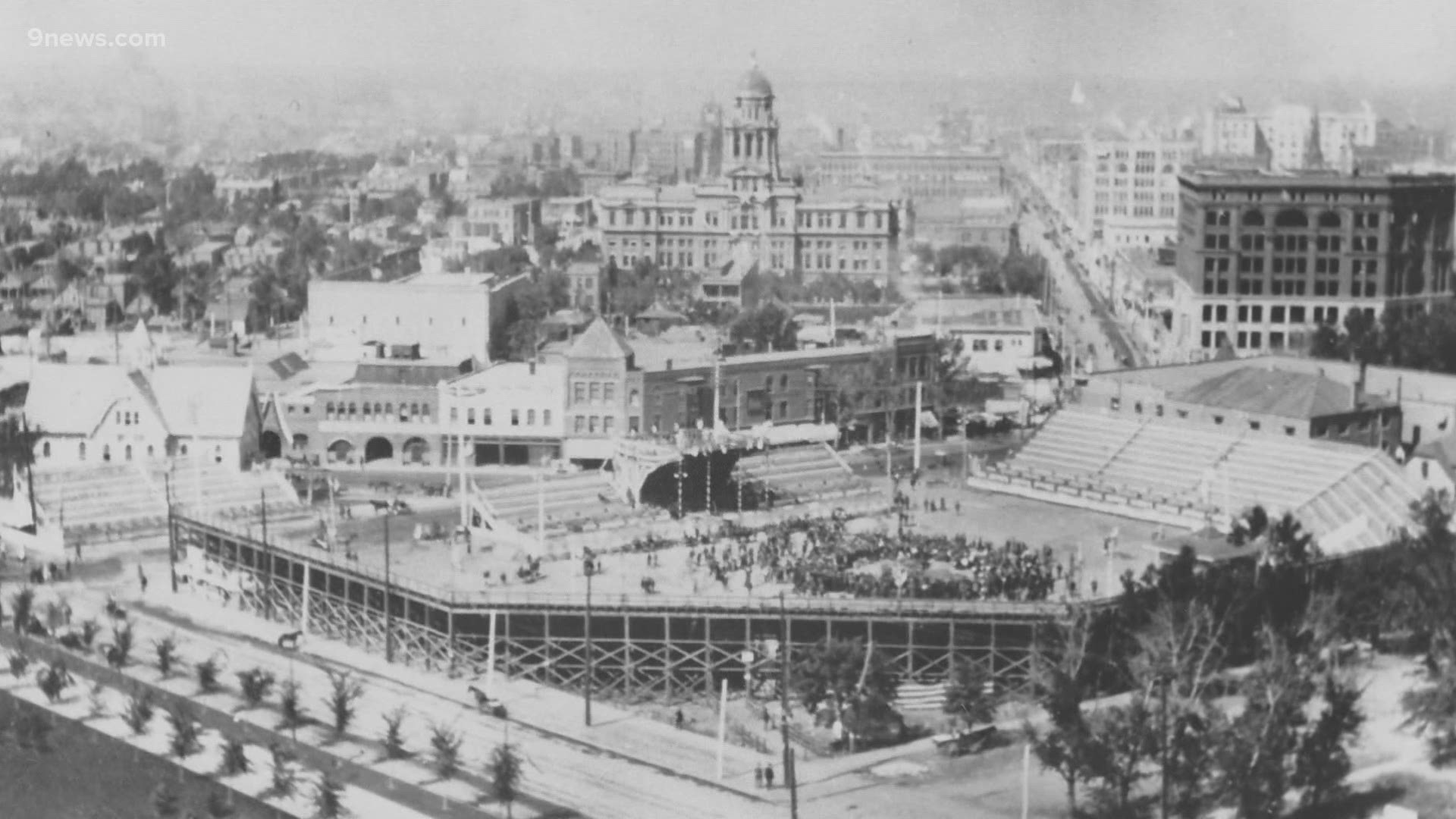 DENVER — Coors Field is pretty famous, and right up there with the best baseball stadiums in the country. But it's not the only one in the history of Denver baseball.

The ones that came before it are the subject of a book called "Baseball in Denver" by Matthew Repplinger. It's a trip down memory lane.

The first recorded game was played in Denver in 1862 at Broadway Grounds. It was in front of the State Capitol between Lincoln and Broadway, and Colfax and 16th street. Repplinger says the game was organized at a different location. "The Rocky Mountain News posted that there will be a gathering of players that are interested in playing baseball at Whipple's Cabinet Shop at 15th and Blake. That was in March of 1862."

The next notable ballpark was River Front Park. It was where Commons Park is now, between Basset Street and the Platte River. It hosted not only baseball games, but sporting events from rodeos to horse races to bicycle races, it had its own velodrome. It was also the first ballpark in Denver with electricity.

Broadway Park One and Two

In the early 1900's there was Broadway Park One and Two, near 6th and Acoma. The first one burned down and was rebuilt. It hosted the Denver Post Tournament, a gathering of elite teams that eventually became a big deal.

One of better known ballparks of the past was Merchants Park. It's where the Merchants Park Shopping Center (The Design Center) is now at Broadway and I-25. It's where major league teams barnstormed through Denver after the Major League season was over. Babe Ruth played there twice, as did Lou Gehrig, Don Larsen and other famous players.

The most famous pre-Coors Field stadium was Bears Stadium, which eventually became Mile High Stadium. The Triple-A Denver Bears played there until the 1980's, when the team became the Zephyrs. The owners of the Bears added on to the seats, building the famous "South Stands".

Many historians think the expanded seating is what convinced the AFL to start the Broncos in 1960. The football team and baseball teams shared the stadium until the new stadium was built in 2001.

"The equipment changed, he manner of how they throw the ball has changed, the ball itself has changed" said Repplinger. "But the game is still a gathering like it is today, people coming together. It's just a fun thing to be a part of and it always has been."