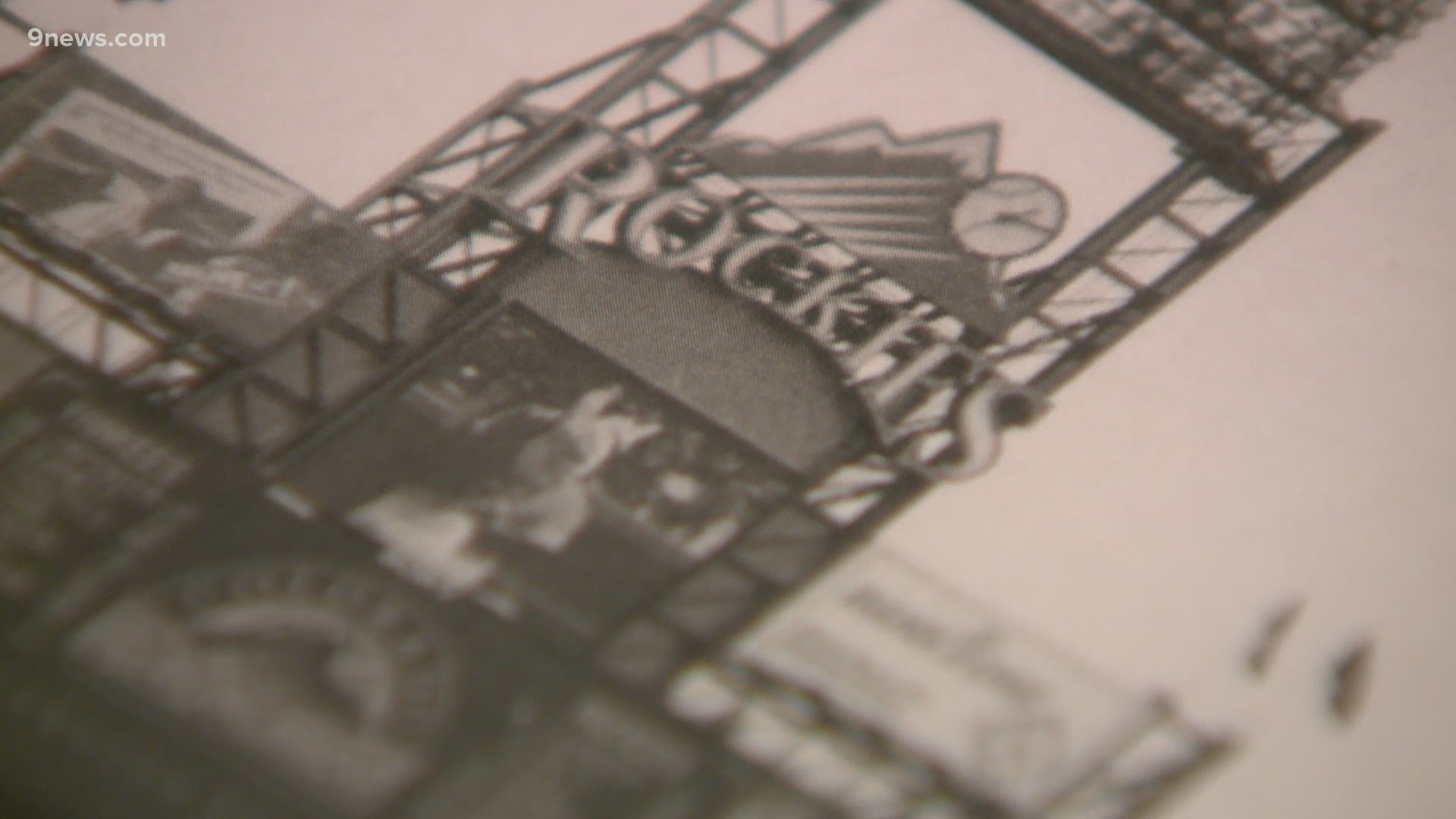 DENVER — Since 1995, fans have trickled into Coors Field rain or shine. The first game at the ballpark took place in April 1995 when Colorado played the New York Mets. The Rockies won the game 11-9.

Coors Field closed a two-year chapter in Mile High Stadium, the Rockies' temporary home while the ballpark was under construction.

Over at History Colorado, the museum treasures its Rockies' memorabilia including a ticket from the team's first season in 1993.

"There is just not a better ballpark in the country than Coors Field," said Jason Hanson, Chief Creative Officer at History Colorado.

Coors Field has stood the test of time despite being the third oldest stadium in the National League.

"I think a lot of people know our mascot is Dinger because of the bones that were discovered as the crews were building the ballpark digging into the soil there," said Hanson.

History Colorado said the ballpark became a catalyst for growth in downtown.

For more than 25 years, the ballpark has also kept Colorado's beautiful views.

"That sunset view that you enjoy from the ballpark across the mountains, that is a protected viewshed so there is a reason why tall buildings are not jetting up into that space and cutting into our sunset," Hanson said.

It is a perfect setting for a summer night in LoDo.

RELATED: A look back at the construction of Coors Field on its 25th birthday

RELATED: Positively Colorado: Yes, there were ballparks in Denver before Coors Field