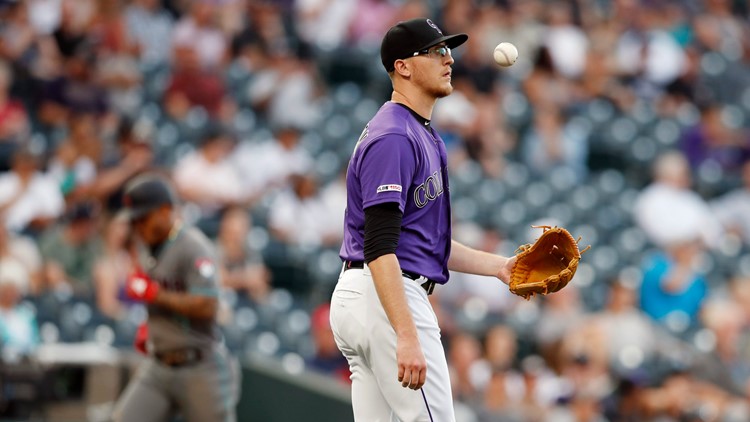 Called up from AAA Albuquerque for an emergency start on Tuesday night, Jeff Hoffman's latest stint with the Colorado Rockies is already finished.

After giving up seven-earned runs and four home runs in just two innings against the Diamondbacks, Hoffman didn't get to stick around.

In 10 games with Colorado this season, Almonte has a 4.02 ERA, logging 15.2 innings and recording nine strikeouts.

Hoffman pitched for the injured Jon Gray on Tuesday, whose start was pushed back due to a sore ankle.