Jillian Geib living her dream as an official scorer for MLB

After holding most statistical jobs in Major League Baseball, Geib became only the fourth woman ever to hold an official scoring positon at a Rockies game last week. 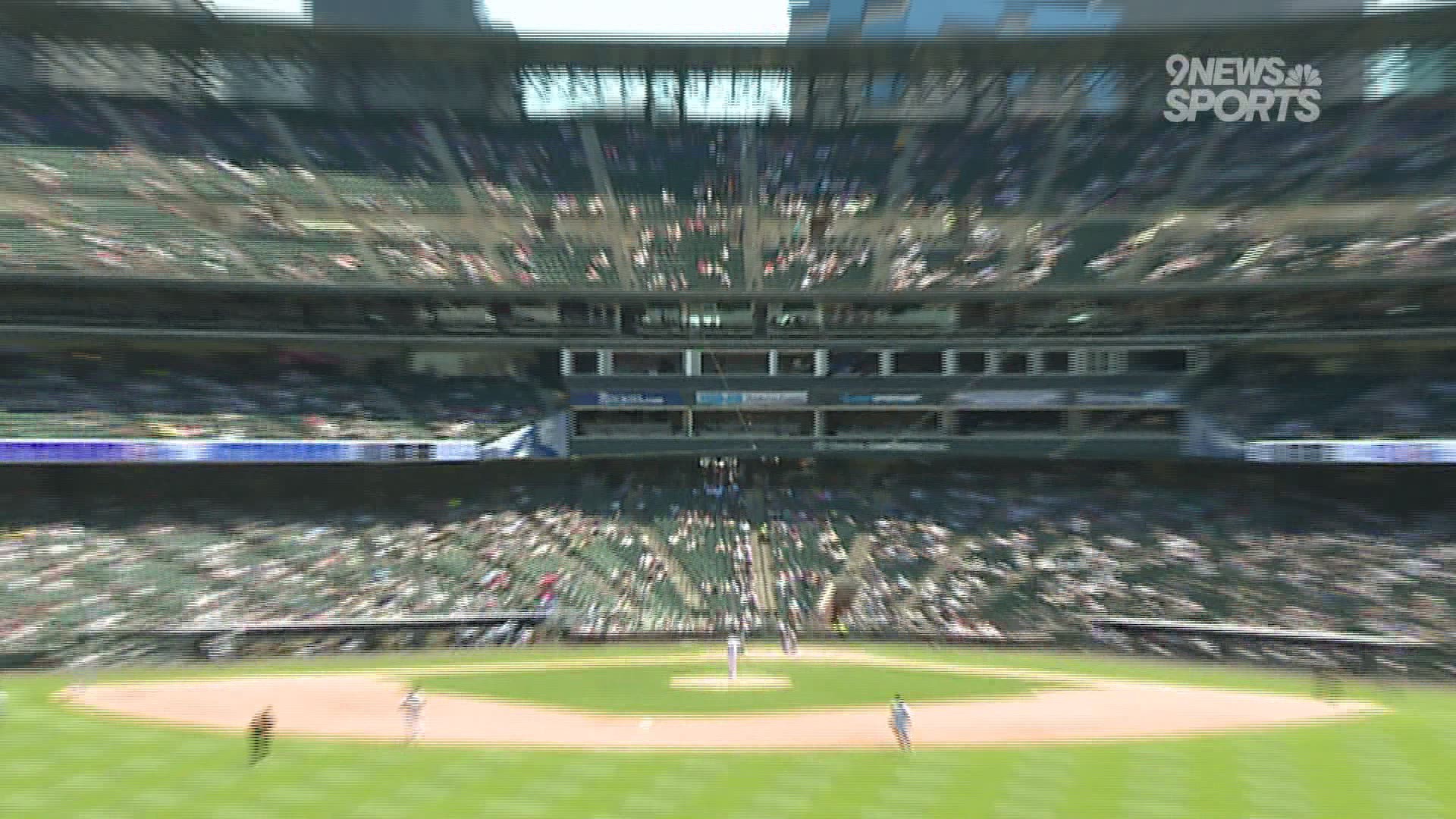 DENVER — Jillian Geib is thrilled to tell you what she does.

While that sounds simple enough, Geib says it's not as clear to some folks.

"It's very difficult for me to explain what I do to other people because they don't get it, but sometimes I'll say 'I work for Major League Baseball, and I track the pitches that you watch online,' for example," Geib said.

That's putting it quite lightly. After holding most statistical jobs in Major League Baseball, Geib became only the fourth woman ever to hold an official scoring positon at a Rockies game last week.

"It's just not something that women have a lot of credibility for and women may not be taken as seriously... because I haven't played baseball. I understand that but I have seen more baseball games than most people. I watch so much baseball and have my whole life. In some ways, I think that gives me even more credibility," Geib said.

Those countless hours of watching baseball were mostly spent at the home of the Rockies, Coors Field.

"I have been a Rockies fan my whole life. We were the family that had to sit there and watch every play. It's hard as an official scorer because we're not supposed to show any affiliation to any team, but it's also really exciting. I love sitting and watching the Rockies play," Geib said.

A dream realized, but also a dream personified for so many other young women wishing one day to be part of the sports they love.

"I'm not the first, obviously, there's probably going to be other women who come out of the woodwork who had this job, definitely not going to be the last, but I think it's important to recognize it so it becomes more normal. I'm happy to get this recognition so it becomes the norm and not special or unique," Geib said.

And she isn't finished break barrier. Geib has her sights fixed on the field.

"My initial thought was, 'maybe I could be an umpire!' Just thinking about other ways that I could get involved in baseball that seem nuts and seem crazy because it's not happening now, but at the same time, I hope I get the opportunity to get even more involved in that side of things," Geib said.

RELATED: Here's the All-Star 5K course that will run through Denver