Opening Day will be extra special for Hilliard family

Rockies outfielder Sam Hilliard is a Texas native. His family, including father with ALS, will be present Friday in the season opener at the Rangers' new ballpark. 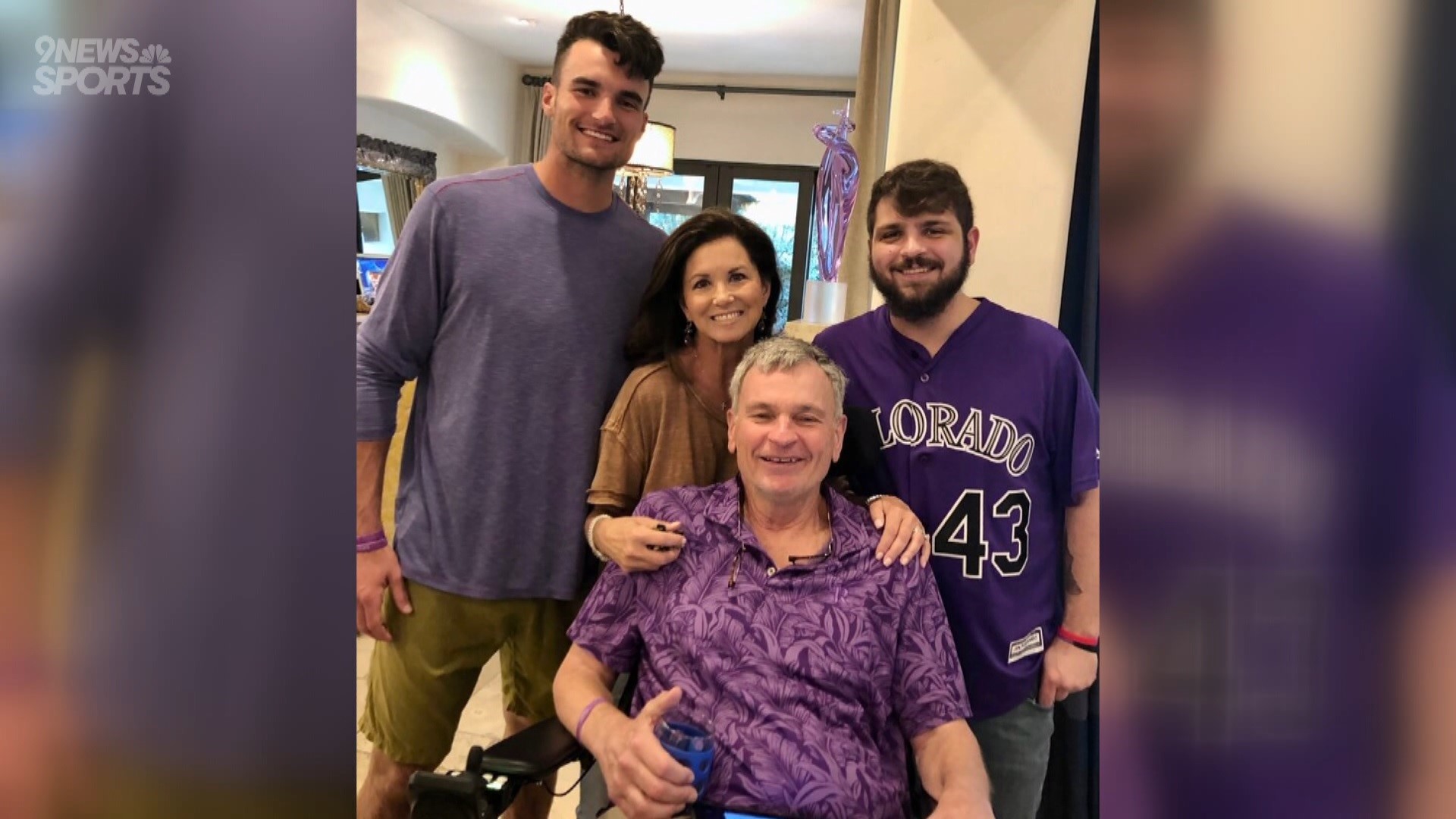 "That's honestly a dream come true. It's such a blessing for my family to have him here," Sam said. "Whether I play or not, it's just going to be awesome to see him, especially in the new ballpark here in Arlington. It's going to be really awesome."

A new ballpark, but the same core group.

Seeing both parents and his fiance in the concourse this weekend means the world to Sam Hilliard.

"I mean, it's amazing that he can be here, especially the fact that it's in Texas," said Sam, a native of Mansfield, Texas.

"We grew up going to Texas Rangers game together. That part's pretty cool. I love having him and my mom in the stands watching me but it's getting a little harder for him to travel around."

He wouldn't miss it.

That's because Jim is still the life of "Team Hilliard."

"Still the same guy, like you said, same sense of humor, very positive, and he's keeping the family spirits up," Sam said.

And Sam won't forget the moment he shared the news with his mother, Tamara.

"It was just a conversation of excitement and surprise and relief that we haven't seen each other in a while and we're all really happy to see each other," he explained.

"It was just a really good conversation to have."

Hilliard and the Rockies open the shortened 2020 season at Globe Life Field at 6:05 p.m. MT on Friday.

RELATED: Rockies finish exhibition season with another win against the Rangers