In his first meeting with the media since Arenado said he felt 'disrespected' by the team, Bridich declined to offer any sort of olive branch. 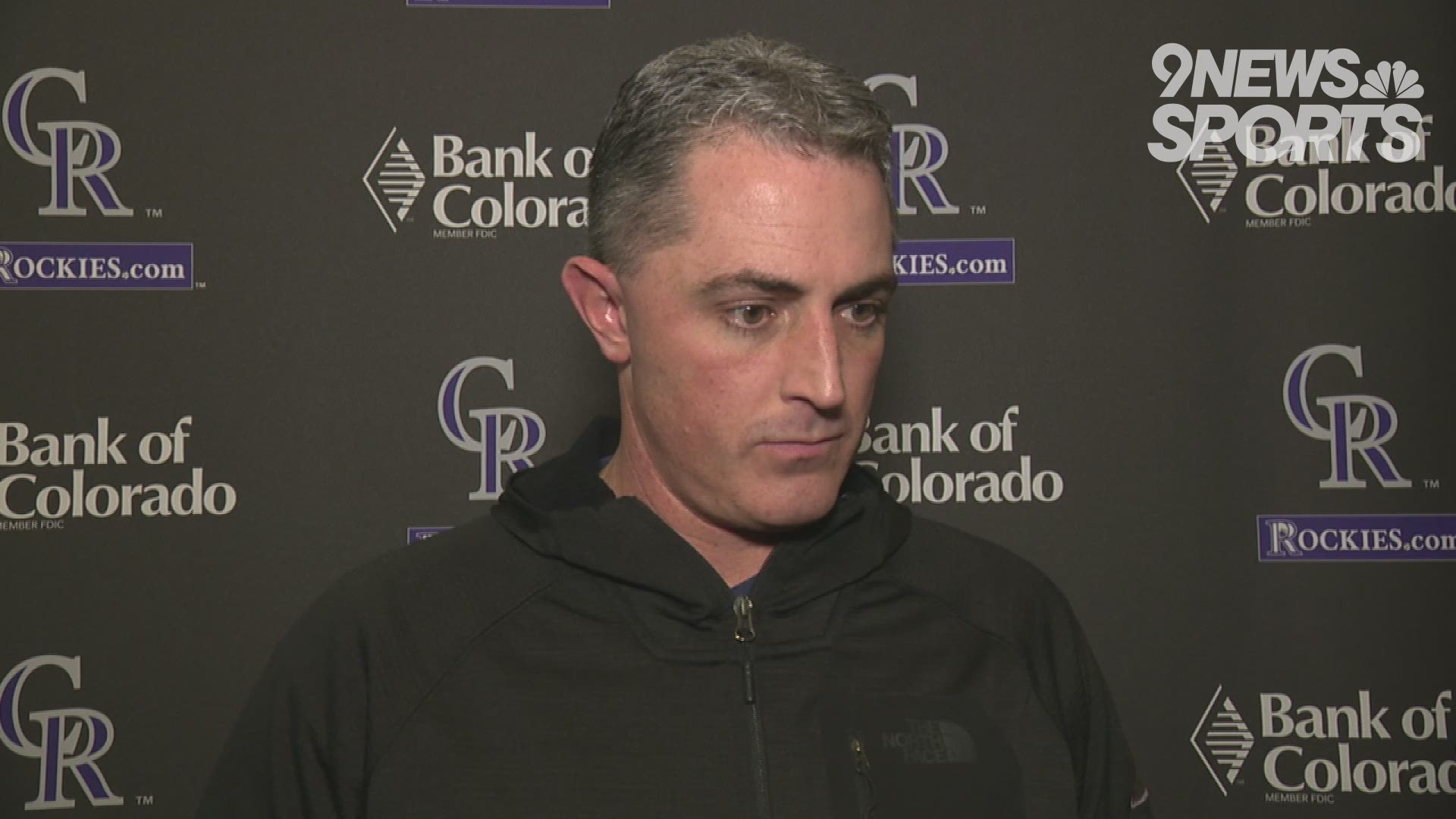 At least, it doesn't appear that way.

General manager Jeff Bridich had an opportunity on Tuesday afternoon to extend an olive branch when he met with the media at the opening of spring training, but declined.

When asked to discuss his perspective on Arenado feeling "disrespected" by the team, Bridich didn't have much to say.

"Nothing. There's no comment," Bridich said. "I haven't had any comment to this point so we're going to move past that. Thanks. Next question."

Arenado released a cryptic statement after his initial comments, indicating he would no longer address the issue. It's unclear when he'll report to Rockies spring training and if he'll field questions on the issue.

Arenado signed an eight-year, $260 million deal last offseason. The deal includes a full no-trade clause and allows Arenado to opt-out after the 2021 season.