Rockies manager Bud Black on 2021 expectations: 'Anytime you make the playoffs, it's a successful season'

In an exclusive interview with 9NEWS Sports Director Rod Mackey, Black acknowledged not much is expected around the country from the team this season. 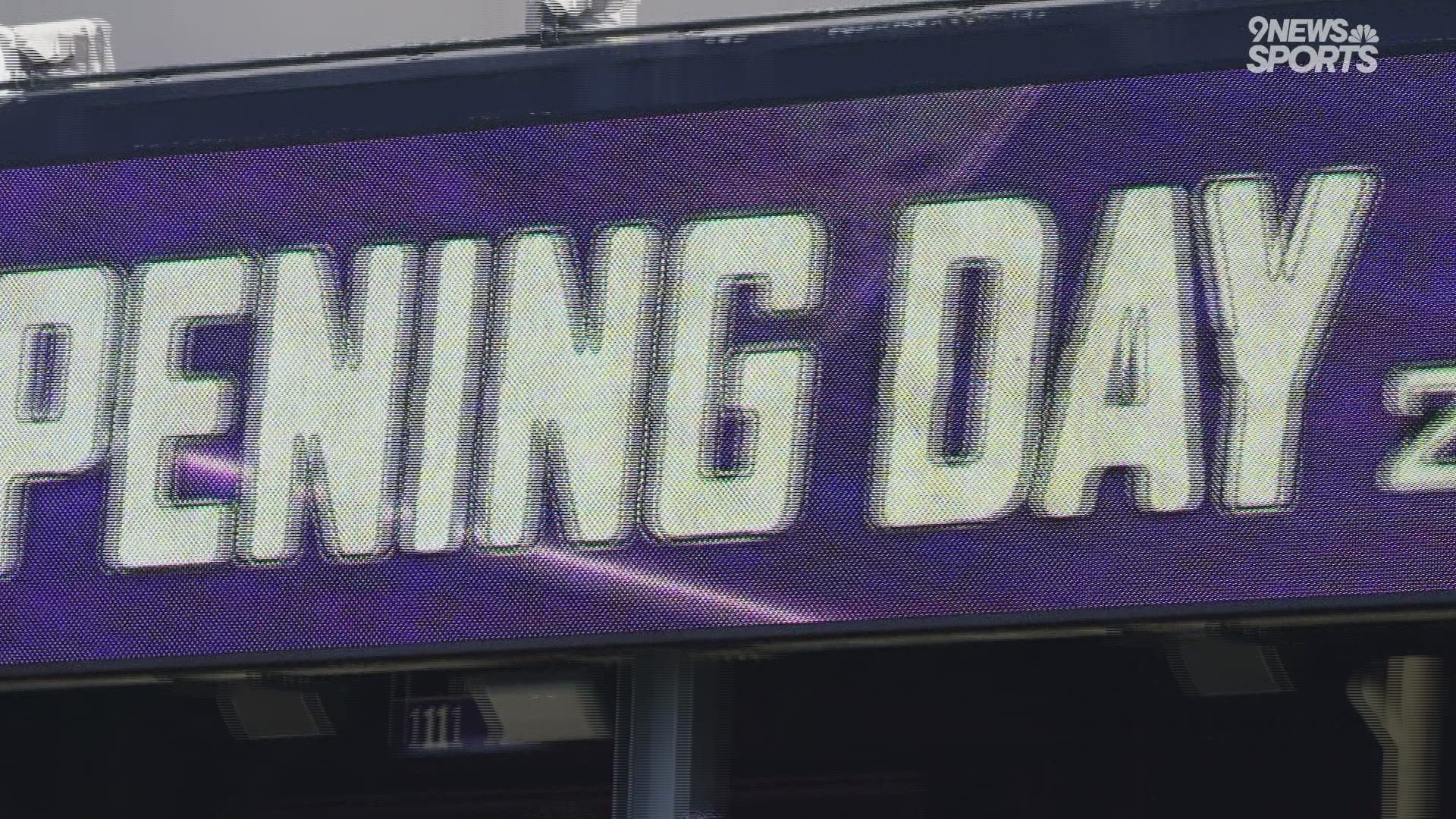 In an exclusive interview with 9NEWS Sports Director Rod Mackey on Wednesday, just one day ahead of the team's opener against the Dodgers, Black said he's aware outside expectations are low for the Rockies this season.

"We talk about it. But we don't make it a focal point. I think players have been around competition their entire lives," Black said. "A lot of times noise from the outside doesn't really mirror what happens when you get out there in the regular season or in competition."

The primary reason for many being down on the Rockies was the stunning trade of superstar third-baseman Nolan Arenado this offseason. Arenado was a perennial All-Star, Gold Glove winner and MVP candidate.

But for Black, the beauty of sports is you never know what to expect.

"I think the NCAA basketball tournament is a great standard to look at this season. UCLA, they had to win to get into the tournament. Across sports anything can happen in any year. Our players have a lot of pride. Our players know that we have our own internal expectations," Black said.

As for what those expectations are, Mackey asked Black directly:

"Anytime you make the playoffs, it's a successful season. Any team that takes the field wants to play well each and every night. Over the last number of years our expectations, from the time that I got here, was to make the playoffs (and) that hasn't changed," Black said.

The Rockies made the playoffs under Black's guidance in 2017, losing in the Wild Card game to the Diamondbacks. In 2018, they got over the hump by beating the Cubs in that same game, before getting swept by the Brewers in the NLDS.

The oddsmakers don't like Colorado's chances in 2021 after missing the playoffs in 2019 and 2020 and then the shocking trade of Arenado in February.

"We have supposedly long odds against (the playoffs), but that's why we play," Black acknowledged. "We'll talk about that in October when the season's over and we can dissect the season. Our expectation is to win tomorrow's game and after that game is over a win on Friday."

Opening Day for the Rockies and the defending World Series champion Dodgers is set for Thursday afternoon at Coors Field.

>> Video above: Watch the interview with Black and Mackey

RELATED: Rockies' Oberg has surgery, might be done in MLB