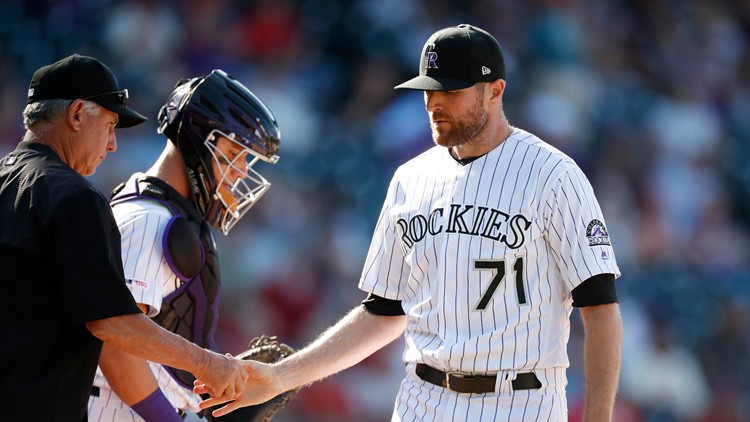 Davis lost his ninth-inning role in the final two months last year, when he finished 1-6 with 15 saves and an 8.65 ERA in the least effective effort of an 11-year career.

Colorado manager Bud Black says his confidence in Davis’ return this season is based on what he knows of Davis.

The 34-year-old Davis has a resume that includes a World Series ring with Kansas City in 2015, a 1.80 ERA in 30 postseason appearances and four All-Star Game appearances.

RELATED: Nolan Arenado ready to get to work with Rockies for now