Rockies legend Larry Walker on having No. 33 retired: 'I haven't been forgotten'

Walker’s retired number joined Todd Helton’s No. 17, alongside the initials "KSM" in honor of late team president Keli McGregor and No. 42 to honor Jackie Robinson. 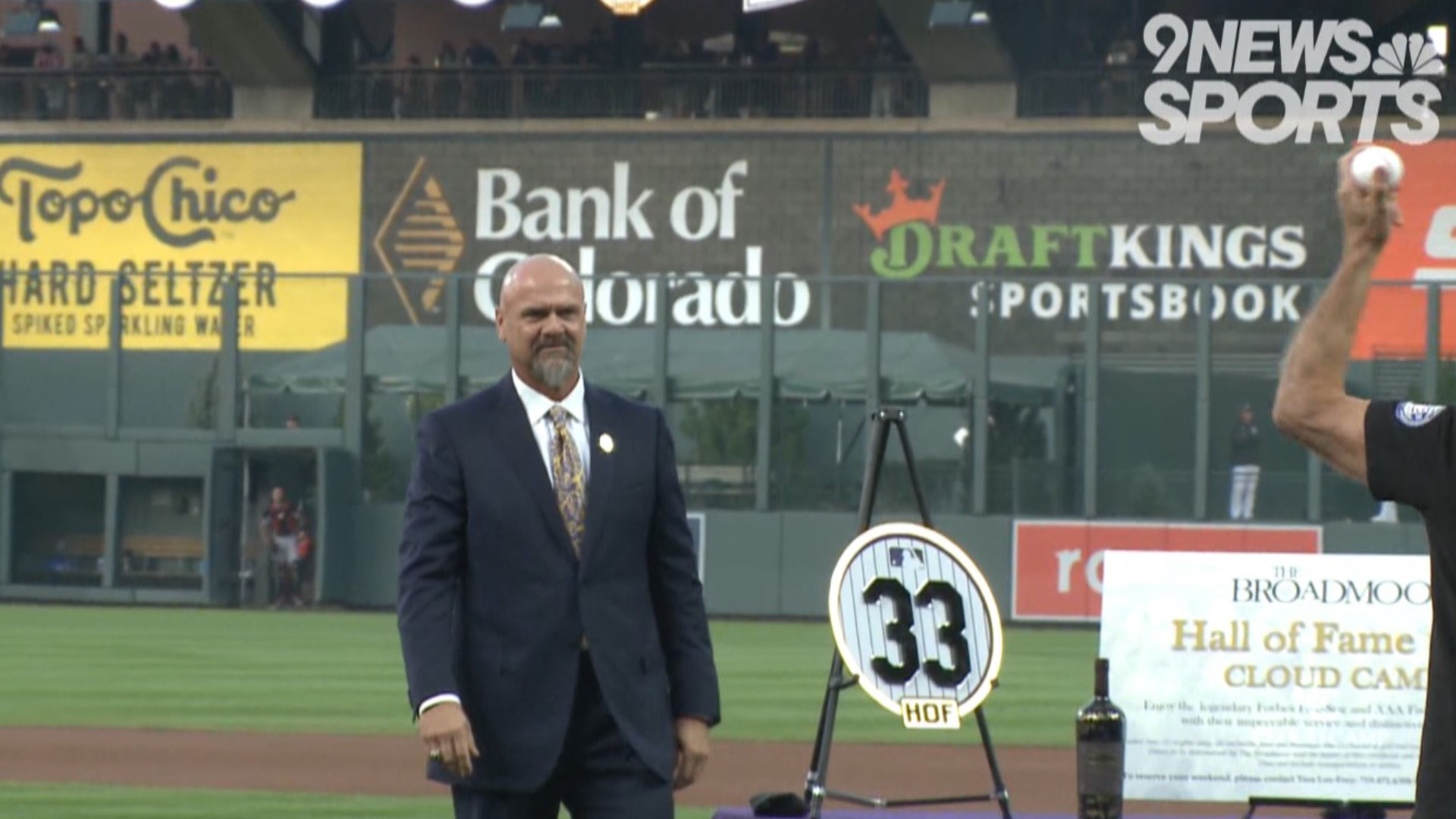 DENVER — Fresh off his MLB Hall of Fame induction earlier this month, Larry Walker had another honor bestowed upon him Saturday night by the Colorado Rockies.

The legendary outfielder had his No. 33 retired by the team before a game against the San Francisco Giants.

"There's no bigger honor a club can give you. I'm thrilled by it. When I got the phone call and (Rockies owner) Dick (Monfort) told me, you hang up the phone and go, 'oh my God, nobody's going to wear (No.) 33 again.' It's an incredible gesture by them to throw my way," Walker told the media on Saturday afternoon.

Walker’s No. 33 joined Todd Helton’s No. 17 inside Coors Field, alongside the initials "KSM" in honor of the Rockies’ late president Keli McGregor, and No. 42, which was retired throughout Major League Baseball in 1997 in honor of Jackie Robinson.

"In some crazy way it hasn't sunk in, even going through all this stuff and having the ceremony here. But like I say, every day that goes by it becomes more of a reality and it sinks in some here and there. It was an amazing experience," Walker said of joining the Hall of Fame and then having his number retired.

Walker was traded to the Cardinals in August of 2004 to play on a contending team for the last part of his career.

"It was tough. This was home. It's never a great thing to get traded and go to another city. There's always those great feelings that you don't want to leave behind and not be forgotten. I think with my number being retired I haven't been forgotten so it's kind of cool to come back and do this," Walker said.

The number retirement ceremony was originally scheduled for April of 2020 but was delayed due to the COVID-19 pandemic.

Special day here at Coors Field, as Larry Walker is set to have his number 33 retired by the @Rockies and his Hall of Fame enshrinement celebrated!

Walker will meet with us in about 15 minutes from the top of the rooftop to discuss both honors…#9sports #Rockies pic.twitter.com/ol26aW1JJ7