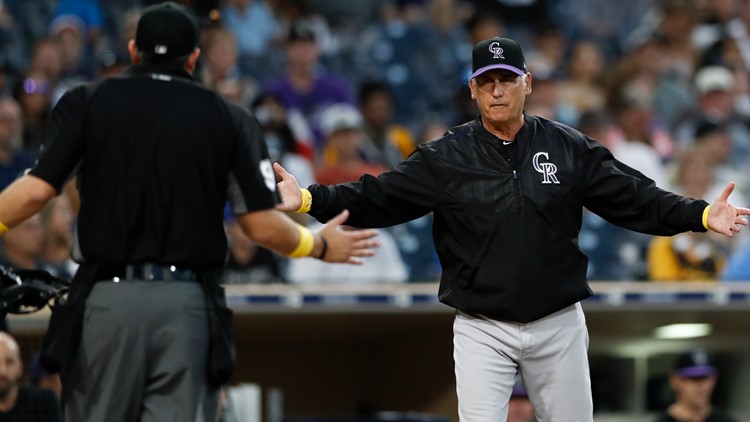 Rockies shutout by Padres in San Diego, have lost 10 of last 11 games

SAN DIEGO — Manny Machado hit a two-run home run, Wil Myers also connected and left-hander Joey Lucchesi and three relievers combined on a three-hitter to lead the San Diego Padres to a 3-0 win against the Colorado Rockies on Saturday night in a matchup of the NL West's worst teams.

The Rockies, who entered the night 31 ½ games behind the division-leading Los Angeles Dodgers, lost for the 10th time in 11 games and the 14th time in 16 games.

Machado, the $300 million slugger, hit a two-run opposite-field shot to right off Jeff Hoffman with one out in the sixth and Greg Garcia aboard on a leadoff walk. It was Machado's 29th overall and just his third since Aug. 1.

Myers homered leading off the fifth, his 17th.

Lucchesi (10-7) allowed only two hits and struck out eight in six innings but walked five. He retired his first 10 batters before loading the bases with two outs in the fourth. He got out of it by striking out Garrett Hampson.

Lucchesi got into another jam when he opened the sixth by walking Nolan Arenado and Ian Desmond. But Ryan McMahon hit into a double play and Hampson hit a pop foul that Eric Hosmer caught after pushing in the protective netting.

Craig Stammen and Andres Muñoz each pitched a perfect inning before All-Star Kirby Yates gave up a hit in the ninth while striking out two for his MLB-best 40th save in 43 chances.

Padres: LHP Eric Lauer (8-8, 4.55) looks for his career-high third straight winning decision. He struck out a career-high 10 in an 8-4 win last Sunday at San Francisco.