The Colorado Department of Public Health and Environment is reviewing a plan from the Colorado Rockies to host fans at Coors Field. 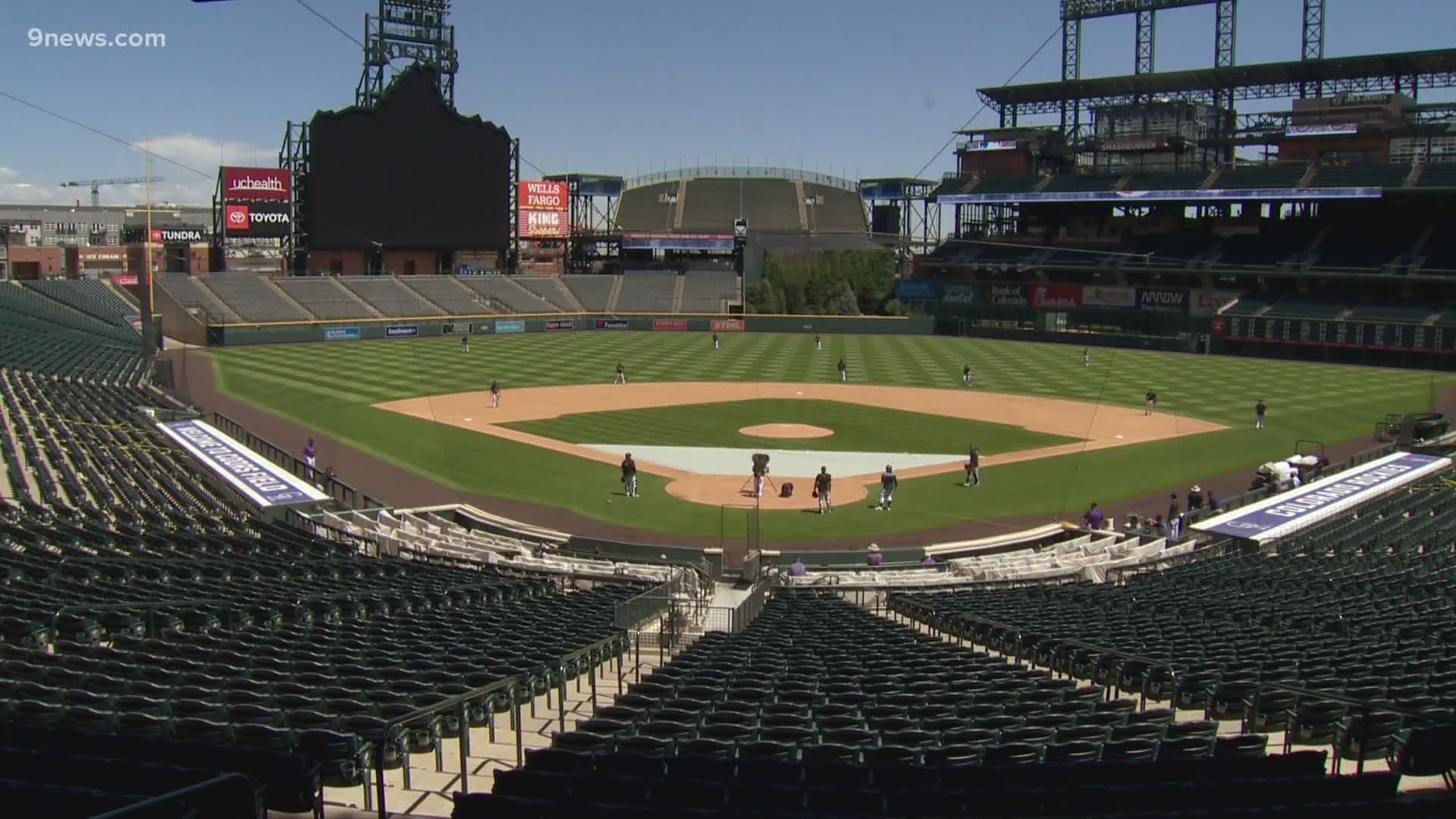 DENVER, Colorado — The Colorado Rockies plan to play ball as early as July 21, 2020. The team released its 2020 schedule Monday evening after weeks of negotiations between MLB players and owners.

The season has been abbreviated to 60 games due to the COVID-19 pandemic. If all goes according to plan, the Rockies will play the San Diego Padres in their July 31 home opener.

In a press release, the team says the "hope is to allow a limited number of fans to attend 2020 home games at Coors Field."

>> The video above is about the precautions the team took during their first practice back at Coors Field.

In June, the Rockies expressed a goal of capping capacity to 25% or about 12,000 people.

The Rockies will need to coordinate with city and state health officials along with Major League Baseball "to finalize a plan that adheres to strict health protocols and ensures fan safety."

The Colorado Department of Public Health told 9NEWS "Colorado sporting events that include both a professional event and a recreational event must have their professional opening plan reviewed and approved by CDPHE."

As of Tuesday afternoon, CDPHE said it had received a proposal from the Rockies which is now moving through the review process for approval.

9NEWS asked Governor Polis about the proposal Tuesday morning. A spokesperson for his office provided the following statement:

“Like most baseball fans, the Governor is excited for baseball to return to our lives and screens in a safe and responsible manner. Safety is a top priority. We are working closely with the Rockies, and they have been great partners. The first goal is to get the players training again. Then, we will explore if there’s a way to get fans at Coors Field, but need to take this one step at a time based on the latest epidemiological data, which is subject to change.”

Recently, the Rockies told season ticket holders they would be the first to select seats to home games if they are allowed inside. The team warned it would not be able to guarantee seats, specific games, or tickets.