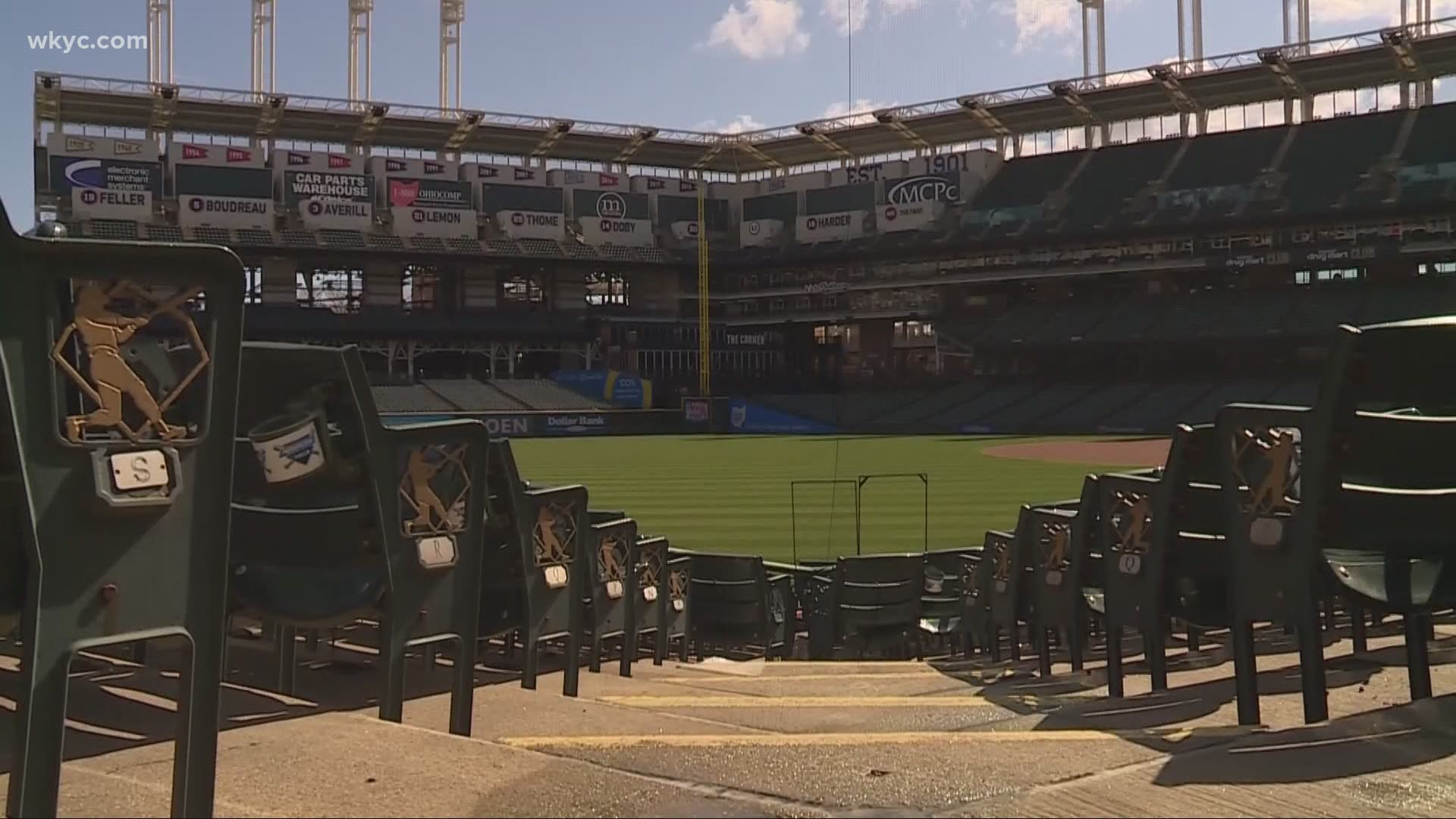 CLEVELAND — Editor's note: the video in the player above is from a previous story.

It’s early. The new-look, unheralded, Cleveland Indians have not even played 30 games yet. Nearly five full months still remain in this 2021 MLB season, but the signs are clear just days into this month of May -- the Tribe is here to stay.

Following Monday’s exciting 8-6 win over the first-place Kansas City Royals, the Indians improved to 14-13 on the season and pulled to within just two games of first place in the American League's Central Division.

Yes, it’s incredibly (almost embarrassingly) early to point at standings (and I probably shouldn’t admit that I checked the A.L. wild-card standings too), but Terry Francona’s club is very much alive regardless of where you look one month in and for now, it does not feel like they’ll be going anywhere.

Has it been the hottest start of all time? Of course not. A 14-13 record and sitting in third place doesn’t scream “World Series!” This first month of the Tribe’s season has already featured two losses to the last place Detroit Tigers, inconsistent offensive production, a gut-wrenching extra-innings loss to the Cincinnati Reds on a Saturday afternoon in April and a stretch that saw Cleveland drop seven of nine.

In addition to a rollercoaster-type month, this Indians club has shown it is far from perfect.

However, while I wait for you to find me a perfect team in MLB right now, you would almost be led to believe that this revamped Indians team should be no better than 0-27 at the moment given how overly critical some “fans” and media outlets were when it came to projecting the Tribe over this past off-season leading up to the 2021 regular season and the outlook for the team going forward.

And while most of that lazy criticism has been directed at Paul Dolan and Indians ownership over dumping salary and reducing payroll amid a global pandemic in a middle to lower market in the world that is MLB, the complaints feel even more silly after getting an opportunity to watch this club play over a month of baseball.

Francona’s bunch is scrappy. Yes, a little sloppy defensively too. However, the energy on this team is evident from the first pitch to the last out. Admittedly, it will be interesting to see if they can keep that fire ignited if losses start to stack up.

I could play up the scrappy, underdog feel even more by telling you they “bring their lunch pale to work” and they are the kind of club that “mirrors the blue-collar city that is Cleveland,” (how many times have we heard that in sports?), but that would imply the Indians do not have much talent and they just play hard, which is completely untrue.

Oh no, the Indians still have a few Lamborghini’s and Ferrari’s parked in that clubhouse in the form of Cy Young Award Winner Shane Bieber, future MVP Jose Ramirez, along with a red-hot slugging Franmil Reyes and a lights-out closer in Emmanuel Clase.

Bieber may just be the best overall pitcher in MLB, Francona called Ramirez one of the best players in the game recently, Reyes at times looks like a 50 homer guy (OK, 40 would be fine) and Cleveland has never had a closer throwing 100 MPH consistently with a 90 MPH slider to offset hitters like Clase.

The Tribe’s Lamborghini’s and Ferrari’s are joined by a great supporting cast both pitching-wise and offensively.

Zach Plesac has shown he can be a legit No. 2 starter behind Bieber so far, while Aaron Civale (4-0, 3.28 ERA) just may be the big surprise arm in the American League this summer.

Meanwhile, veteran right-hander Bryan Shaw (1-0, 2.19 ERA) has reinvented himself after some tough seasons in Colorado becoming one of the more reliable relievers in the back end of the bullpen with setup man James Karinchak.

Offensively, the Tribe slowly appears to be figuring it out as was evidenced in a recent 7-3 win over the Yankees, a 7-4 win over the Twins, a 5-0 win over the White Sox and Monday’s 8-6 win in Kansas City.

While we won’t get this Indians club confused with the 1995 offensive juggernaut edition of the Tribe, this club has better overall pitching and has shown if they can muster four-plus runs a night, it should be enough to win the baseball game. Francona’s club is 13-1 on the season when scoring four or more runs in a game.

Josh Naylor told me before the 2021 MLB season that the Tribe had studs up and down the lineup and he didn't really care what people were saying about the club's offense.

That formula of scoring four-plus runs and getting strong starting pitching, coupled with a lockdown back end of the bullpen and a Hall-of-Fame manager in the dugout will take this club further than even oddsmakers that pegged them third in the division prior to the season.

Yes, the smile of Francisco Lindor is gone. Long gone are the fan favorites of Corey Kluber, Michael Brantley and Jason Kipnis. New names and faces have arrived once again at Progressive Field.

They appear ready to prove everyone wrong.