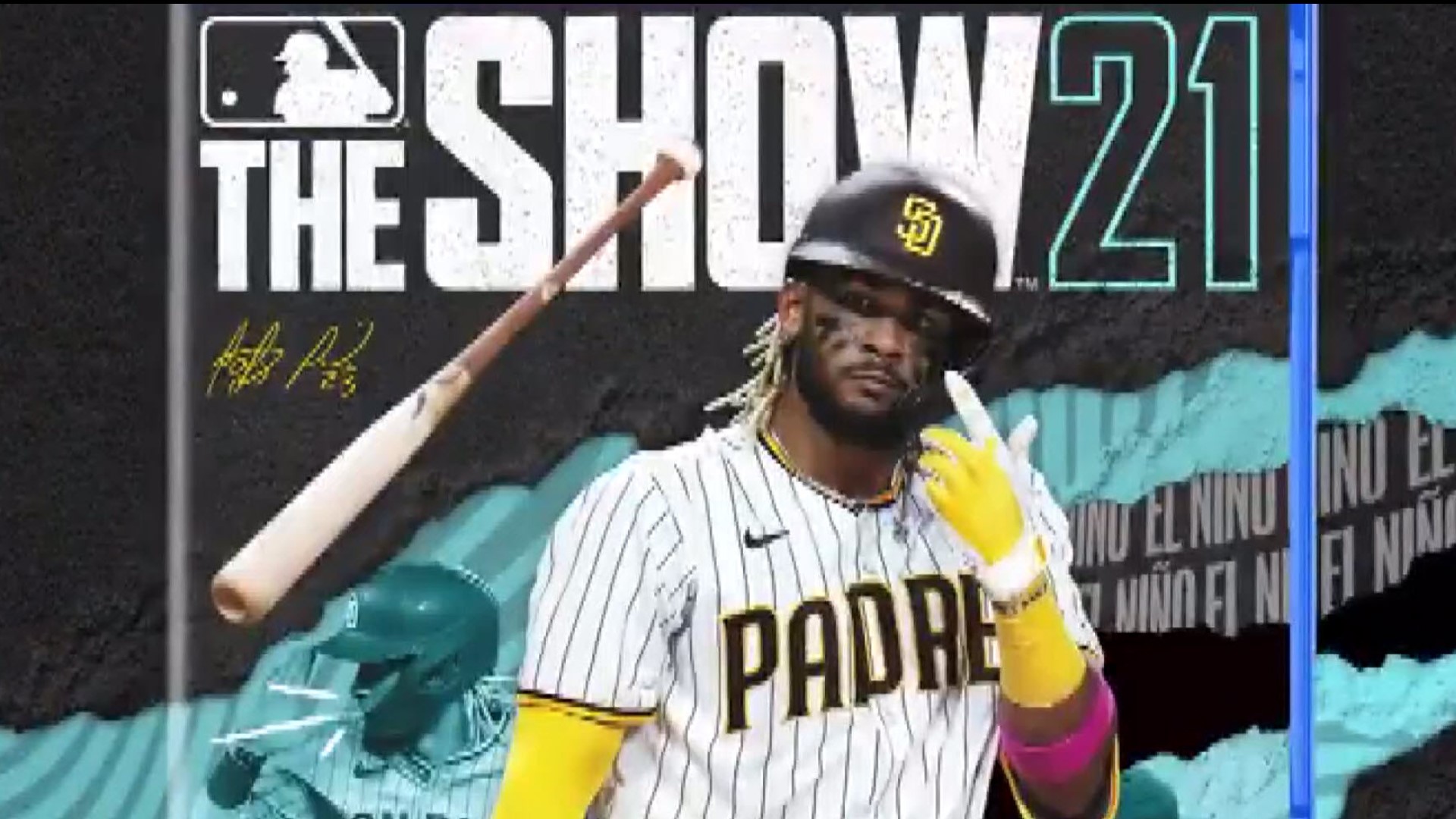 SAN DIEGO — The San Diego Padres incredible 2020 season ended in the National League Divisional Series to the Los Angeles Dodgers back in October.  One of the many standouts from that team was 21-year-old Fernando Tatis Jr.

It now seems that others outside of San Diego took notice of what Tatis brings to the game including his iconic bat flip from the playoff win vs. the St. Louis Cardinals back in October.  That image now will be featured on the cover of the popular video game 'MLB The Show 21'.

Tatis will become the youngest player and also the first San Diego Padres player featured on the cover of the game since its 2006 debut.

During the Padres 2020 Postseason run, he became the third-youngest player in MLB history to homer twice in a playoff game.

From superstar to cover star. Fernando Tatis Jr. is here to change the game.

The Padres and fans have a lot to look forward to in 2021.  The Padres finished the 2020 season at 37-23, the second-best record in the National League.

The Padres will return with a very young team including Fernando Tatis Jr. He was one of the first players to reach out via Twitter to Padres nation after the season ending loss. He said, “To all the Padres fans, I promise you this is just the beginning. It was great to see the fans and players come together for one reason, the Padres!!! We will back and I will make this city proud. God bless and stay safe. Love u San Diego.”

Feeling so blessed. I’ve been playing this game my whole life, it is a dream come true to be the @MLBTheShow cover athlete 🙏🏽🎮. #OwnTheShow #MLBTheShow Pre-Orders open now! https://t.co/4EmuAewAxP#MLBTSPartner pic.twitter.com/ca5jUuCUie