All the buzz around Petco Park for Padres Opening Day

Bars, restaurants and Padre fans are on deck and ready for Opening Day on Thursday 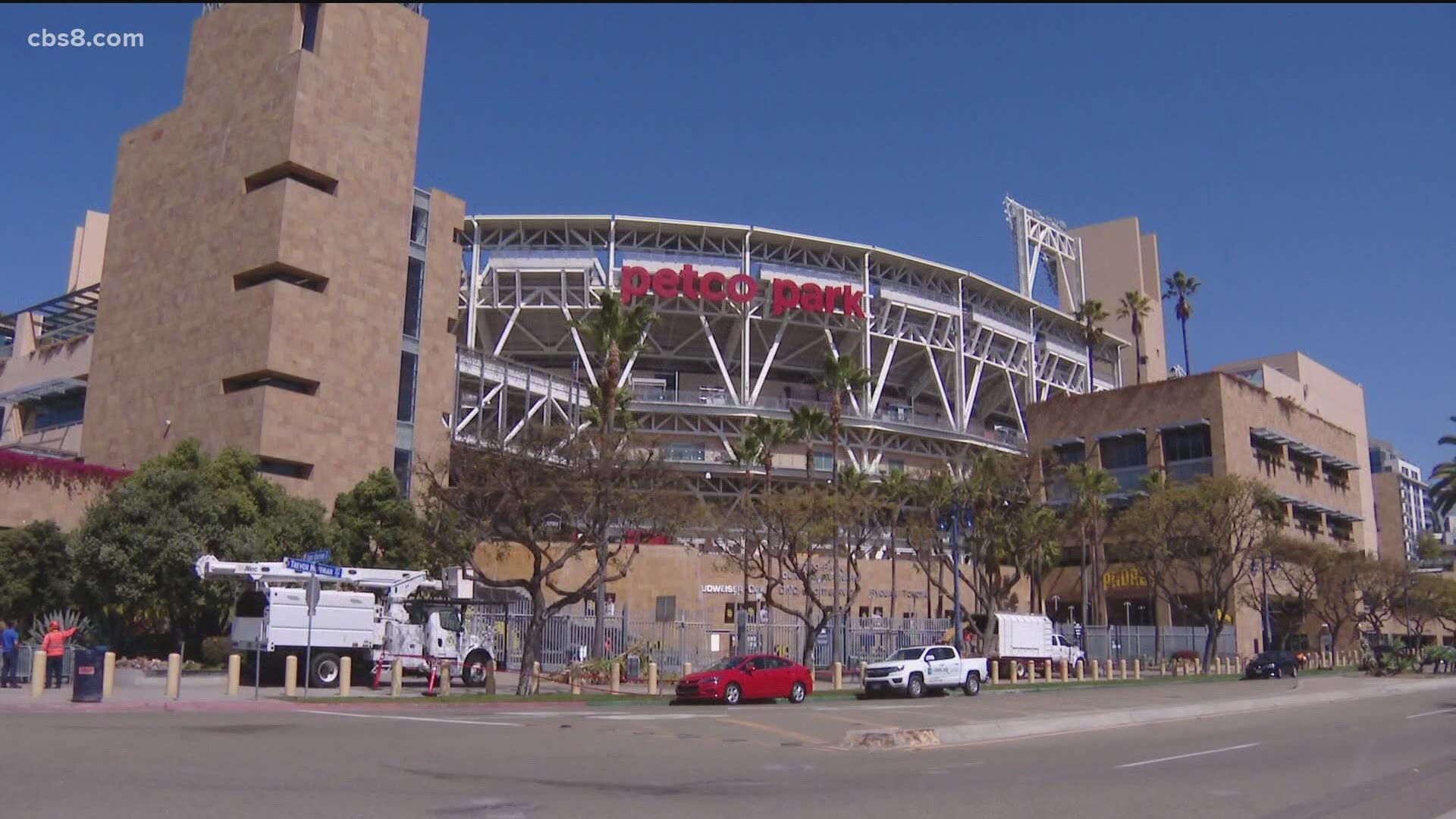 SAN DIEGO — Padres fans have so much to look forward to this season. There’s a lot of excitement not just around the team but the return of fans.

“It's great we are back to baseball. We've been waiting so long for baseball to be back. We are ready,” said Jeff Christensen, baseball fan.

He, Mick Scrivener and friends were on deck at Social Tap San Diego on Wednesday which overlooks the former Park in the Park now called Gallagher Square.

“This has been a long time coming, we're super excited to get back to work and open up and have guests back,” said Brant Crenshaw, Social Tap San Diego co-owner.

Wednesday was the first day for Social Tap to open since closing in January for reconstruction during the pandemic.

On game day, it’s the place to meet up for fans with or without tickets. Checking in early to get on the list to be seated is encouraged.

“Everyone wants to get into the stadium and this year I know it will be different,” said Crenshaw.

Many things are different this year inside Petco Park. First, San Diego is in the red tier so that limits stadium capacity to 20% which is 8,489 seats. Most of the tickets will go to long-standing season ticket holders.

Although Scrivener has had season tickets since 2004, he was not able to get Opening Day tickets but will be going to a game next week.

“It took a while, it wasn't the easiest process in the world, I'm not going to lie,” said Scrivener.

RELATED: Tips so you don’t strike out when heading to Padres games this season

The Padres are on fire this year. Ticket agencies say Padres ticket prices are one of the highest for opening day in all of baseball. Last week, nosebleeds were going for $1,4000 on StubHub, a partner with Major League Baseball. On Thursday, prices went down to an average $212, but that was before fees.

Padres encourage fans to watch out for scammers.

Once you’ve purchased your ticket you won’t need to print it but download the MLB Ballpark app for ticketless entry.

“We have the app, we are set. The technology these days is going to be easy, we have no worries,” said Scrivener.

Once inside Petco Park, rows will be blocked off and seats will be grouped in pods. You won’t line up at concession stands but order your food and drink from the app.

Fans say they’re up to bat for the new rules.

“I don't think we are look at the restrictions as a problem, we just want to be back and watching baseball,” said Christensen.

Padres play the Diamondbacks on Opening Day weekend. The first pitch is Thursday at 1:10 p.m.