Dale Earnhardt Jr. is one of the most well-known names in NASCAR racing history, but concussions pulled him from the sport. He shares his story with us. 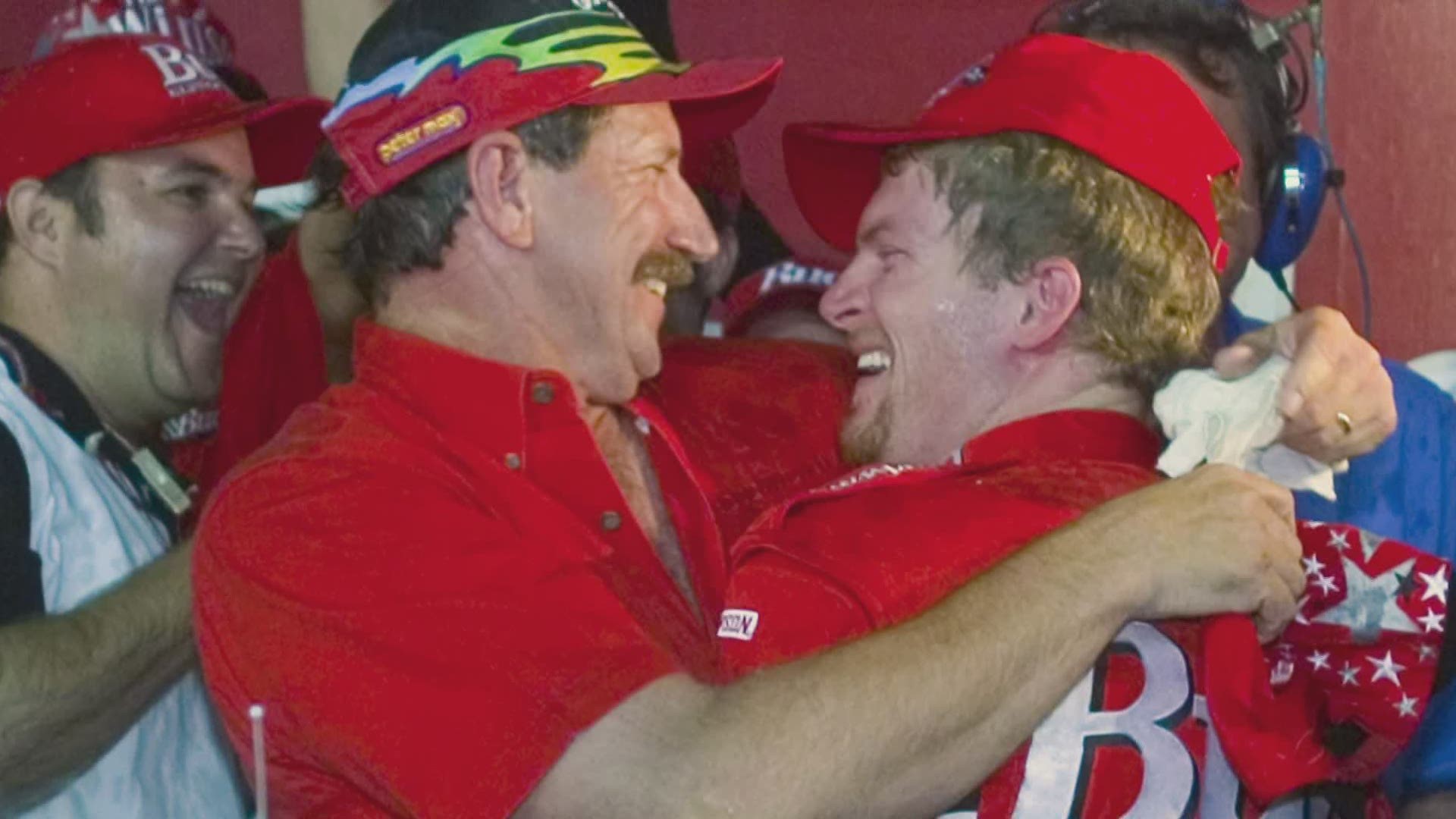 PORTLAND, Maine — Dale Earnhardt Jr. is one of the most well-known names in the sport of racing. While he only takes part in a few NASCAR races now, he remains a team owner; an analyst for NBC Sports; and an author.

Earnhardt has written a book called "Racing To The Finish," and within it, he shares his own story of crashing his stock car; suffering concussions from the sport that eventually led him to retire; and his recovery with help from Dr. Michael "Micky" Collins, a graduate of the University of Southern Maine.

Dr. Collins is the Director of the UPMC Sports Medicine Concussion Program - research and clinical program focused on the diagnosis, research, and treatment of mild traumatic brain injury in athletes. Dr. Collins is the man Earnhardt turned to when he couldn't figure out what was causing his symptoms of fatigue and slower reaction time on the track. "I was in an environment where in the past I knew exactly what to do, exactly what I wanted to do," explains Earnhardt, "and I was out there one day and I thought, 'Man, I'm not on top of this.'"

"A lot of problems with what we call the vestibular system, which is your brain's ability to interpret movement and motion, and stabilize your vision when you move your head," says Dr. Collins. "His whole visual and vestibular system was off, and that's a very disconcerting thing to go through."

Earnhardt and Dr. Collins were at the University of Southern Maine to give a talk on concussions, and the importance of diagnosing and treating them as soon as possible. Earnhardt says he's open about his struggles but understands why younger athletes aren't.

"It's so easy at 43-years-old, my career is behind me; most of it, if not all of it. It's so easy to say, I want to make sure I'm okay. So when we think about how to target people or where we need to focus, it's not necessarily this sport or this profession, it's more age groups. Getting the information to younger people; high school kids and their trainers or coaches; even the younger drivers and athletes in their 20's that are just now trying to find some success at the professional level," says Earnhardt.

While Earnhardt followed in his father's footsteps, what will he do if his daughter one day decides to get into racing? If Earnhardt could relive one race in his career, which would it be? To find out, watch part two of our interview Thursday on 207.

RELATED: Dale Jr. helps driver stuck in the snow, then hits a tree