Mario Dino took second place in the 2020 4A Boys Golf Championship and is committed to play golf at University of Redlands. 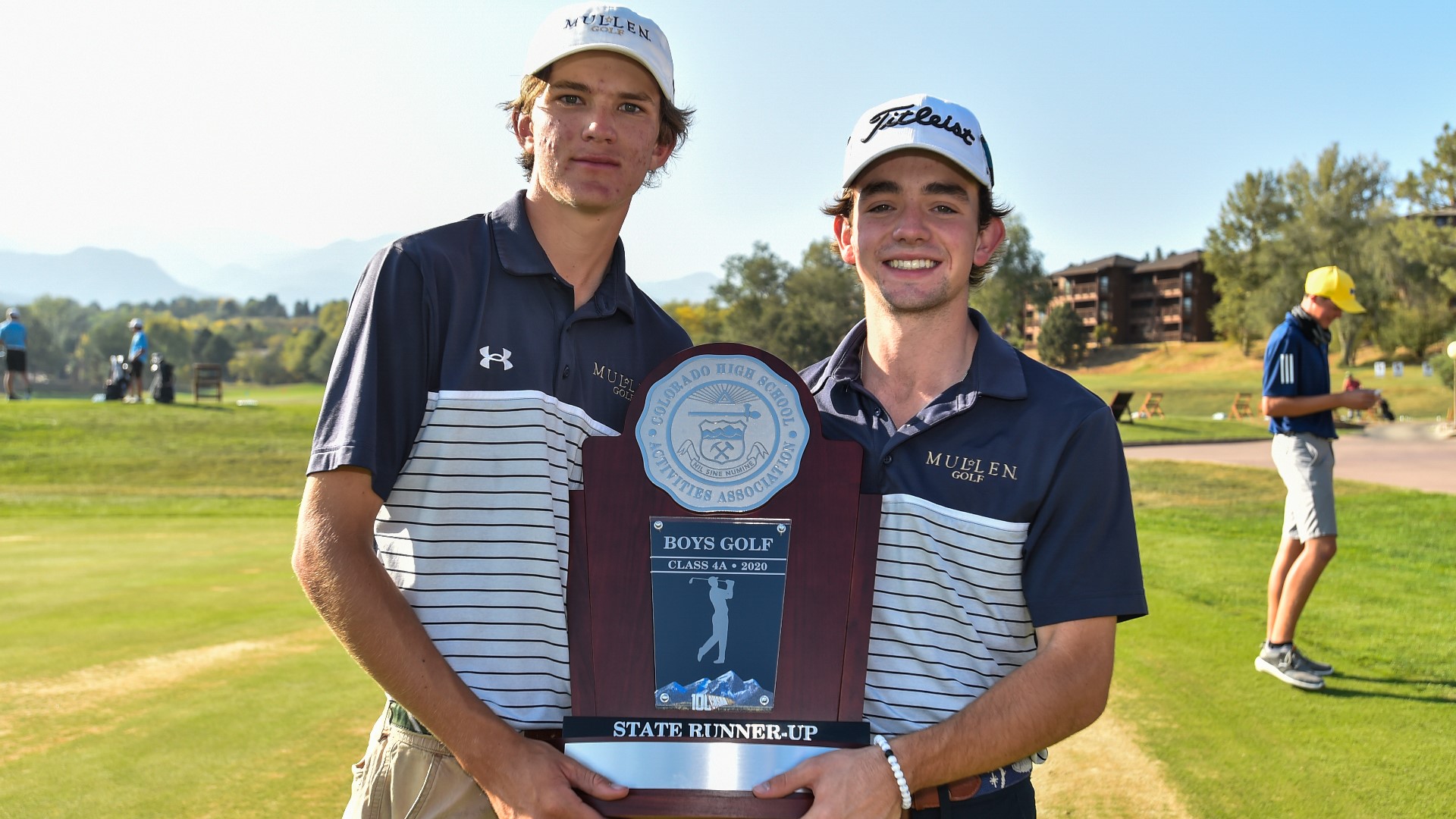 DENVER — If you didn't already know, Mario Dino's swing surely wouldn't give it away.

"I had an in utero stroke, which causes cerebral palsy," he said. "It's been kind of a struggle my entire life to do everyday activities like tying my shoe, carrying a cup, and of course, sports."

All sports, except of course, for golf

"For golf, the difference was I didn't have to change anything. I was just like everyone else. It really inspired me to try hard at that sport," he said. "When I started, I could grip the club very well, and it's kind of a repeated motion that I did. I do think because I had to grip the club hard, it did strengthen my hand and helped me out in that way."

Dino is just one of the guys. He golfs alongside his able-bodied teammates at Mullen High School and feels empowered as he typically beats most of them on the links.

Golf will humble even the biggest of pros, but Dino has learned to take his strokes in stride.

"Sometimes I want to blame my struggles on the golf course on my disability, but I just can't. I just have to work harder. That's what I love about the game, is I can't blame it on the disability and say that I can't do that -- because I can," he said.

The senior putted his way onto the medal stand of the 2020 4A Boys Golf State Championship and helped the Mustangs earn state runners up. Dino was a four-time Colorado qualifier, also finishing 20th as a freshman, seventh as a sophomore and 18th as a junior. But his biggest accomplishment of all?

"Freshman year, making varsity was just awesome because I didn't think I'd be able to make varsity freshman year, and I did it," he said.

Fast forward, the Mustang will be golfing next year at DIII University of Redlands, a feat he couldn't even fathom a decade ago.

"Oh no, I didn't," he said. "When I was in first or second grade, I always thought 'I don't know what is going to happen to me,' and now I'm going to college, I have good grades, and I played varsity golf for four years at my high school. I'm really excited that I was able to do that."

Dino, a 3.75 grade-point average student, said he plans to major in political science at Redlands. He also recently earned his drivers license, something most teenagers take for granted. All of these things may not have been possible, he claims, had his parents and grandparents not introduced him to golf at the age of three.

"It definitely changed my life for the better," Dino said. "I'm playing a college sport and I don't think I would be able to if it weren't for golf. I'm really proud of myself. I'm excited for college. I get to show what I've got on a bigger stage, so that's really exciting."

RELATED: Mullen girls basketball dominant in claiming another 4A championship