Now on his sixth NBA team, Carmelo Anthony teams up with LeBron James and the Lakers

Anthony was the No. 3 overall pick by the Denver Nuggets in the 2003 NBA Draft before forcing his way out of town in 2011. 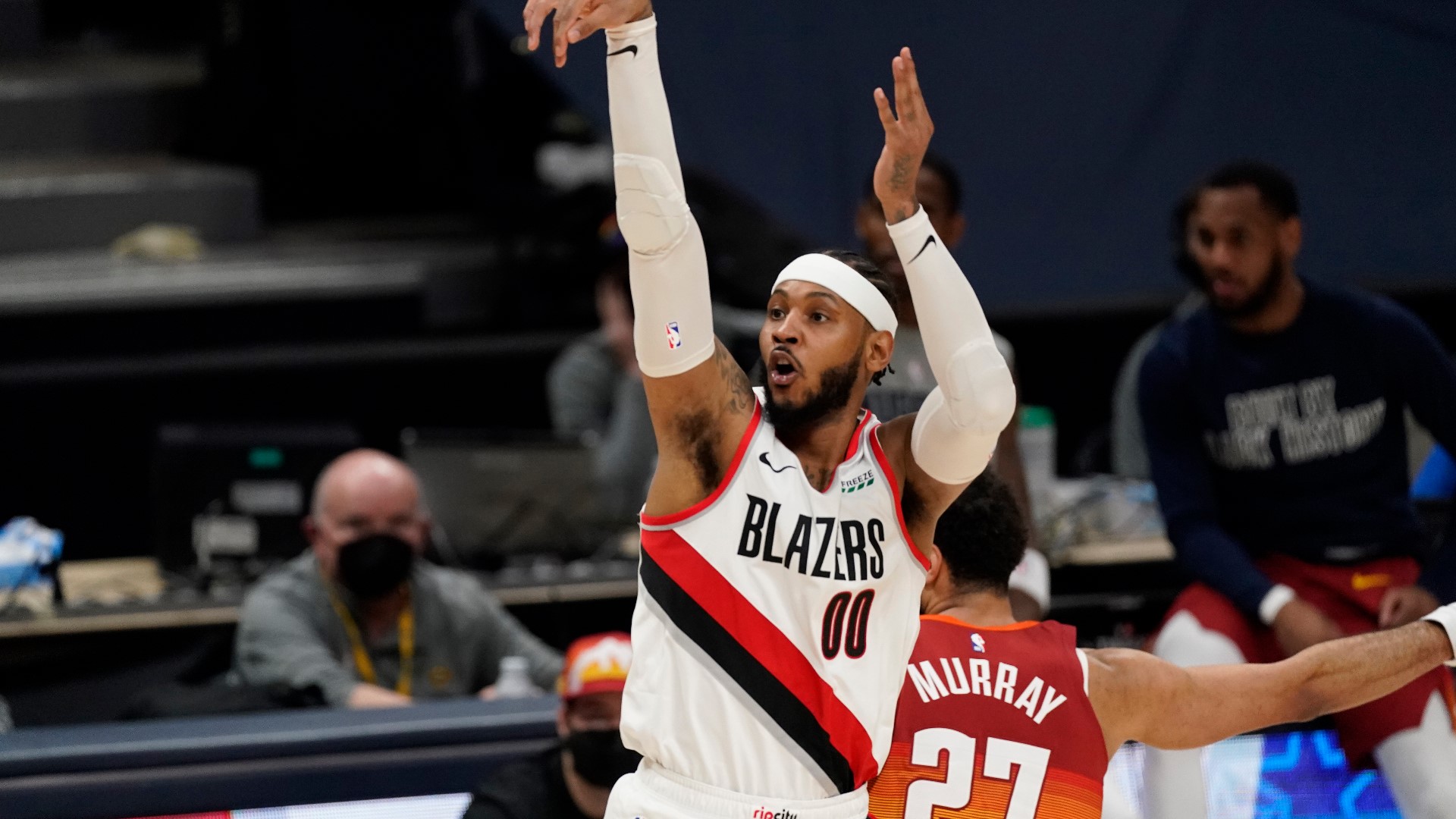 The No. 3 overall pick in the 2003 NBA Draft by the Denver Nuggets, "Melo" will take his talents to the Los Angeles Lakers in 2021-22 to try to snag an elusive NBA championship.

Anthony will join LeBron James, Anthony Davis and Russell Westbrook on a Lakers roster that has an average age of 32.4 years old. Anthony is 37.

The Syracuse prodigy played the first seven seasons in his career in Denver, helping lead the Nuggets to the 2009 Western Conference Finals after losing in the first round every year before that. Chauncey Billups, Anthony and Denver fell in that series in six games to the Lakers.

After another first round exit in 2010, rumors swirled Melo wanted out of Denver. He was finally traded to the New York Knicks in 2011 after starting his eighth season with the Nuggets.

Since the trade Anthony hasn't found much team success in stints with the Knicks, Thunders, Rockets and Trail Blazers despite putting up strong personal stats. For his career, Melo is averaging 23 points per game.

The Nuggets played Anthony in the playoffs last year for the first time, dismissing him and the Blazers in six games in the first round.

Denver went on to lose to eventual NBA runner-up Phoenix in the following round.