Nikola Jokic added 21 points for the Nuggets, who played in front of a home crowd for the first time since the pandemic shut down the 2019-20 season over a year ago. 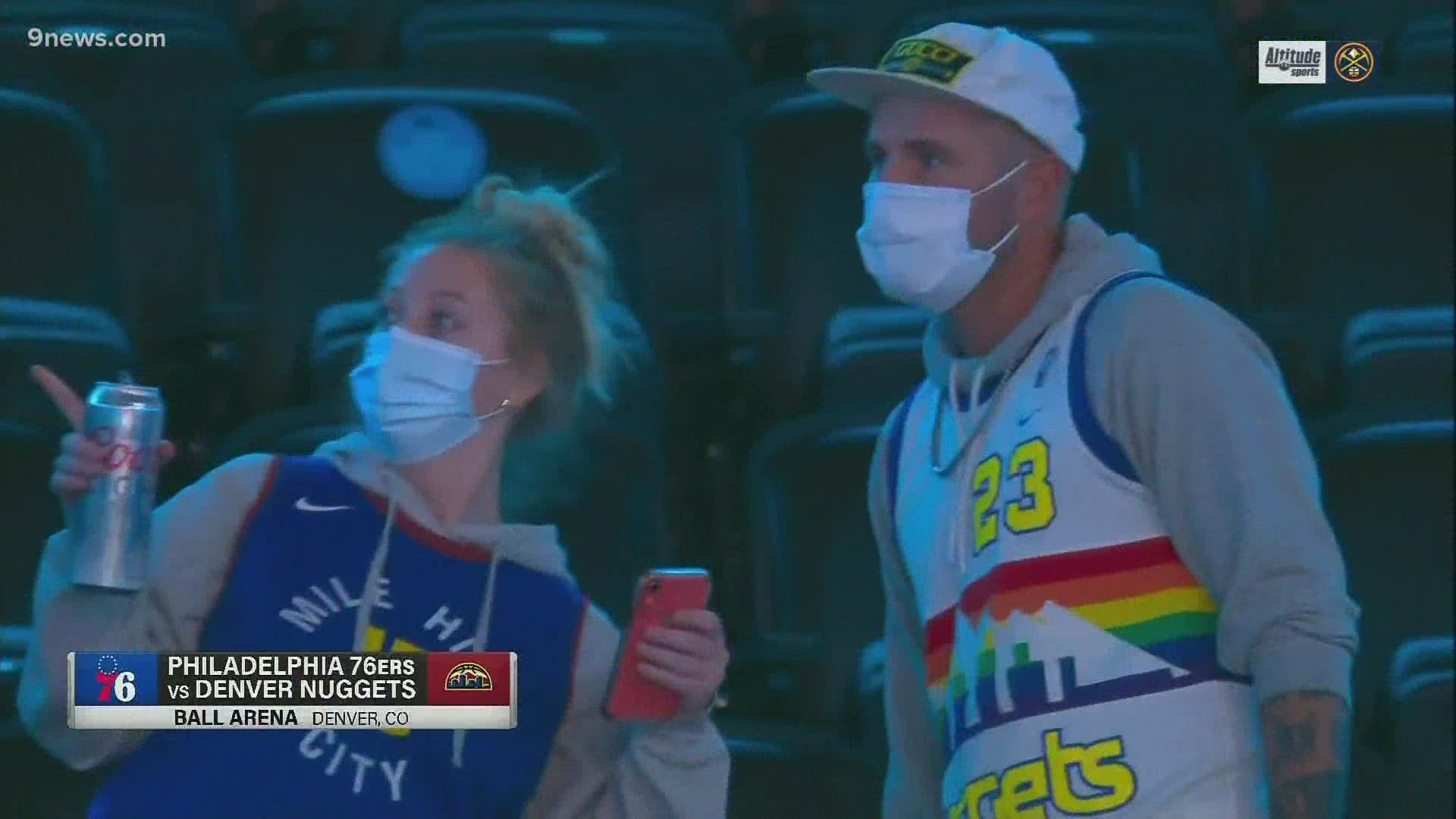 DENVER — Jamal Murray scored 30 points, Michael Porter Jr. added 27 and the Denver Nuggets raced out to a 25-point lead on their way to a 104-95 win over the slow-starting Philadelphia 76ers on Tuesday night.

Nikola Jokic added 21 points for the Nuggets, who played in front of a home crowd for the first time since the pandemic shut down the 2019-20 season in mid-March of last year.

Reserve Tyrese Maxey led the Sixers with 13 points, all in the fourth quarter.

The much-anticipated matchup between the East-leading Sixers and the rejuvenated Nuggets, who made the biggest headlines at the trade deadline with the additions of Aaron Gordon and JaVale McGee, quickly fizzled with Denver's first-quarter flourish.

>>Video above: Crowd returns to Ball Arena to cheer on Nuggets

Murray scored 16 points and Porter had 15 as the Nuggets jumped out to a 44-22 lead after one quarter.

Porter sank another pair of highlight 3s in the second quarter, the first coming when he grabbed the rebound in the paint, retreated to the arc and swished the 3-pointer that made it 57-36. He set up on the opposite elbow the next time down and sank another to put the Nuggets up 24.

Before the Nuggets took a 68-45 lead into the locker room, Jokic stepped up to the free throw line and was met by chants of “MVP! MVP! MVP!" from the first crowd at Ball Arena since the pandemic shut down the 2019-20 season more than a year ago.

The crowd consisted of employees of Kroenke Sports and Entertainment and health care professionals who have been on the frontlines of the fight against COVID-19.

Denver coach Michael Malone welcomed the rowdies back to the arena formerly known as the Pepsi Center, normally one of the loudest venues in the NBA.

The 76ers closed the third quarter on a 10-2 run they extended to 16-4, cutting Denver's lead to 90-77 before Murray scored seven straight for the Nuggets.

76ers: Despite Joel Embid's injury, the 76ers have been one of the league's hottest teams. They had won 14 of their previous 18 games coming into Denver. ... Dwight Howard picked up a Flagrant-1 foul when he hammered Will Barton in the closing seconds of the first half.

Nuggets: Denver has gone 14-5 since mid-February despite a bevy of injuries. ... Paul Millsap, Porter, P.J. Dozier and Murray sank 3s during Denver's 12-3 run to close the first quarter.

76ers: Wrap up a six-game trip with a visit to Cleveland on Thursday night.

Nuggets: Visit the Los Angeles Clippers on Thursday night before returning to Denver for a five-game homestand.