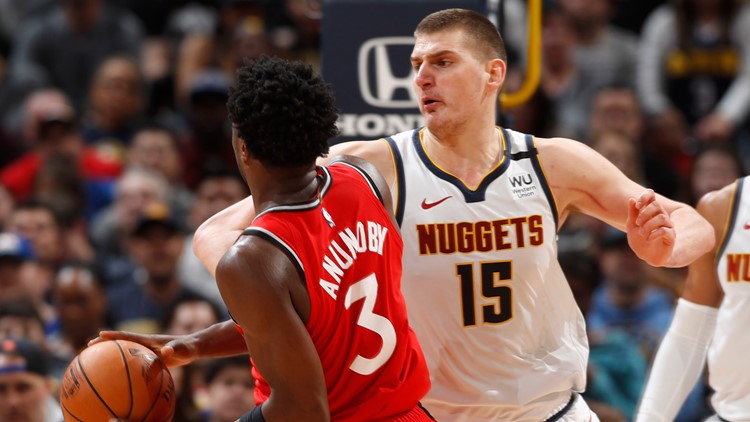 DENVER — Nikola Jokic had 23 points, 18 rebounds and 11 assists for his 12th triple-double of the season to lead the Denver Nuggets over the short-handed Toronto Raptors, 133-118.

Jokic has 43 triple-doubles in his short career, completing his latest by feeding Jerami Grant on a dunk that helped the Nuggets pull away from the Raptors.

Grant finished with 16 points for Denver, which had eight players score in double figures.

Toronto played without Serge Ibaka and Fred VanVleet for a second straight game but got a career night from OG Anunoby, who finished with 32 points on 12-of-16 shooting.