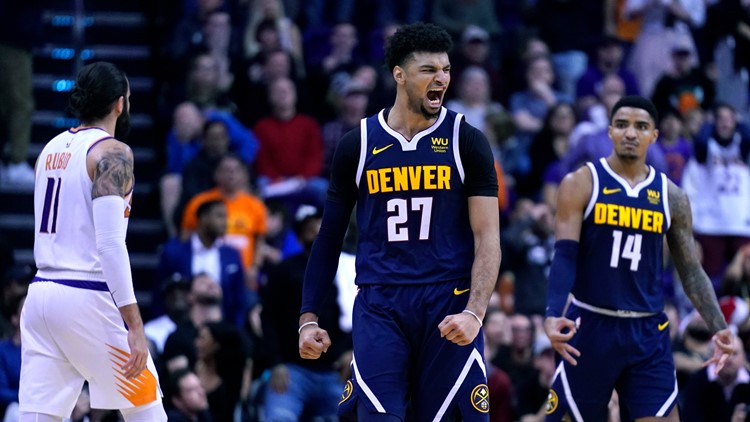 PHOENIX — Jamal Murray made two crucial baskets in the final minute to lead the Denver Nuggets over the Phoenix Suns 113-111 on Monday night.

Nikola Jokic had a triple-double with 22 points, 12 rebounds and 10 assists. The Nuggets have won seven straight games while the Suns have lost seven straight.