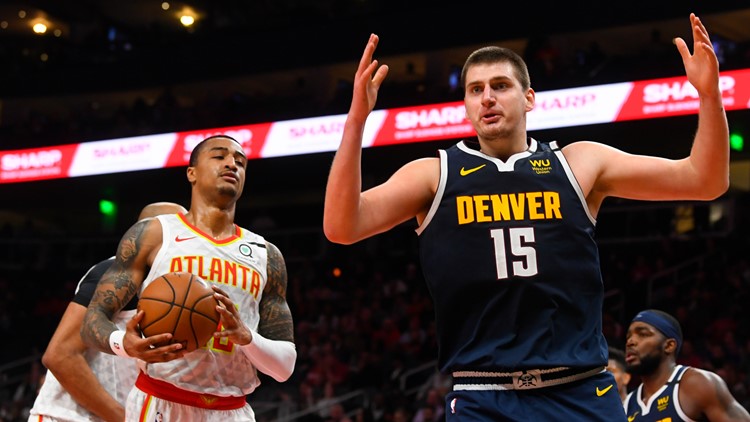 Photo by: AP Photo/John Amis
Denver Nuggets center Nikola Jokic (15) reacts after being called for a foul during the second half of an NBA basketball game Monday, Jan. 6, 2020, in Atlanta. Denver won 123-115.

ATLANTA — Nikola Jokic scored a career-high 47 points and Will Barton added a season-best 28 as the Denver Nuggets held off the Atlanta Hawks 123-115.

Denver improved to 25-11, second-best in the Western Conference. Jokic surpassed his previous career high of 41 with a putback that gave the Nuggets a 114-109 lead with 3:14 remaining.

Jamal Murray followed with a turnaround jumper and Barton put back his own missed shot to put the Nuggets up 118-109 at the 1:57 mark.

That essentially ended all hopes for the Hawks, who were led by Trae Young's 29 points.