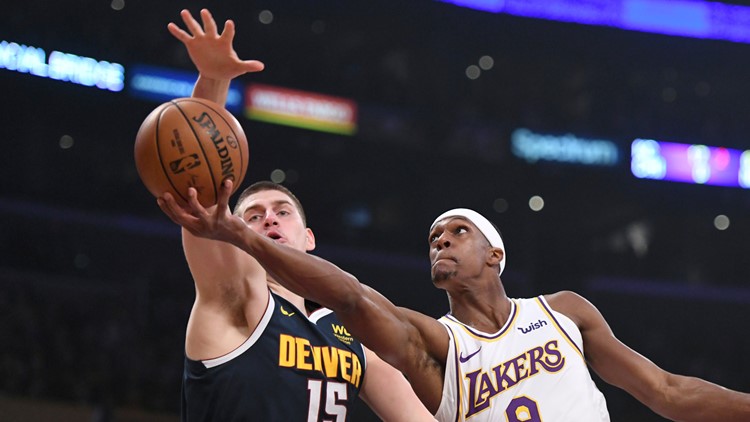 LOS ANGELES — Paul Millsap led six players in double figures with 21 points and the Denver Nuggets beat the Los Angeles Lakers, who were without LeBron James, 128-104 for their sixth straight victory.

James missed his first game of the season because of a thoracic muscle strain. Anthony Davis did his best to make up for James' absence with 32 points and 11 rebounds.

But Denver dominated the second half and led by 23 points early in the fourth quarter.