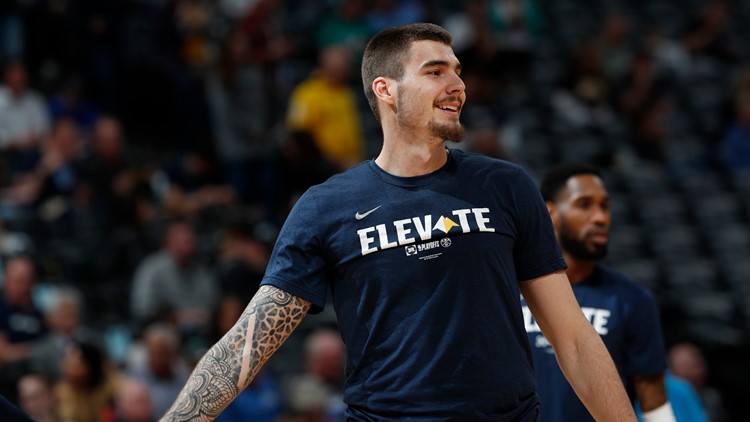 Photo by: AP
Denver Nuggets forward Juan Hernangomez (41) in the first half of Game 2 of an NBA basketball second-round playoff series Wednesday, May 1, 2019, in Denver. (AP Photo/David Zalubowski)

The procedure was performed Thursday by Dr. William Meyers at the Vincera Institute in Philadelphia. There was no timetable given for Hernangomez's return.

Hernangomez averaged 5.8 points and 3.8 rebounds during the 2018-19 regular season. He played sparingly in the postseason before the Nuggets were eliminated in Game 7 of the second round by Portland.

The 23-year-old Hernangomez said after the season that he was hoping to possibly suit up for Spain at the FIBA World Cup in China later this summer.

Hernangomez was drafted by Denver with the 15th overall pick in 2016.