The underdog from Flint: Nuggets' Monte Morris reflects on journey to NBA

An only child, Morris was was raised in Flint. To the outside world, it’s a place known for its’ ongoing water crisis. 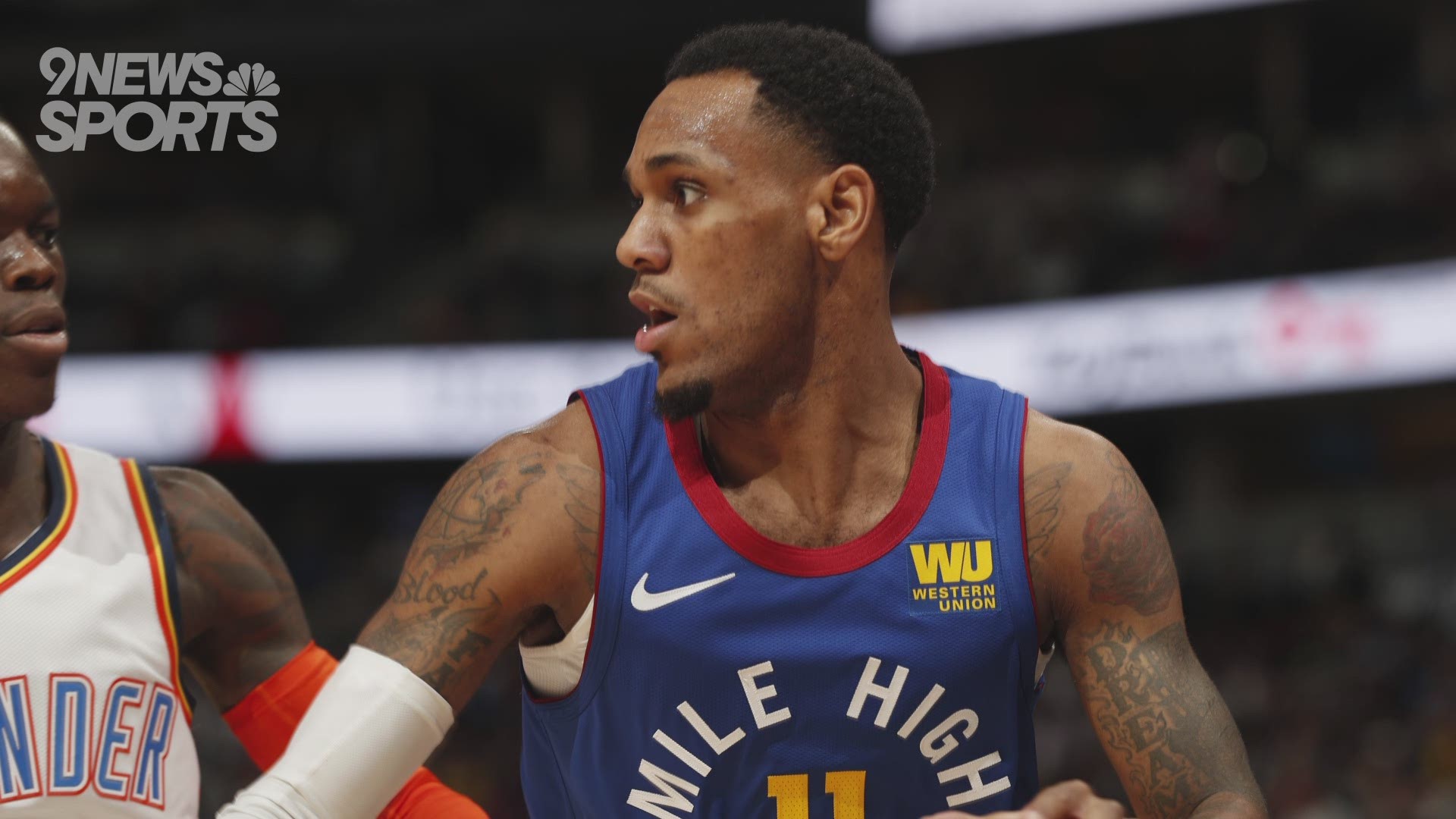 He wears No. 11. He’s not the biggest guy on the floor, but he’s explosive as he rushes into the paint, maneuvering his body up and around and in, his eyes locked in until the ball falls through the net. As fans jump to their feet to cheer, a crooked smile appears on his face as he jogs back down the floor.

We know Monte Morris the basketball player. At least we think we do.

“See me, a lot of people don’t know like, I’ve always played video games and been a homebody,” Morris says following a Thursday afternoon practice. “People say I’m weird, but that’s just what keeps me mellow.”

An only child, Monte Morris was born in Grand Rapids, Michigan, but was raised in Flint. To the outside world, it’s a place known for its’ ongoing water crisis. To Monte, it’s known as “The Jungle”.

“It’s rough. The building are not pretty buildings, as opposed to downtown. There’s a lot of abandoned houses. The neighborhoods aren’t great,” Monte explains, his hands moving around as if he’s painting a picture in the air. “You could be at home and hear gunshots. You’re just hoping it’s not a close one or a loved one that you know.”

Monte says he’s “one of the lucky few” to make it out, adding that if kids don’t have structure, they can easily fall into a life of crime and drugs. As for Monte’s “structure”, that would be his mom, Latonia.

“It was just me and her growing up. I didn’t have a dad around, so I had to learn a lot from my mom,” Monte says with that same crooked smile. “She always let me be Monte. She never really forced anything on me, but I had structure though. I had curfew, I had to get A’s and B’s. But I think that’s what got me and my mom tight. Everything she did for me, I’m gonna give back to her.”

It was a goal he shared with his mom, who was also at one point his basketball coach. But it wasn’t a fast track to the NBA.

Despite winning Michigan’s Mr. Basketball award in 2012, Morris had his doubters. Recruiters and coaches said he was too skinny or not big enough to be a legit D1 baller. Michigan State and Michigan didn’t give him a chance to stay and play in his home state. Iowa State, on the other hand, saw the potential in the lanky kid from Flint.

He played four years with the Cyclones before being drafted by the Denver Nuggets in the second round, 51st overall, of the 2017 NBA Draft. He signed a two-way contract, splitting time between the Nuggets and the G League.

As his fandom grew, so did his inner circle of Denver-athlete friends. Even guys like Broncos star linebacker Von Miller signed and traded jerseys with him.

“Me and Von hang out a lot,” Monte says, describing a picture of the two hanging out as Miller works on a turntable (they came up with the name, DJ Googles, for when Von blows up on the music scene). “When I was on my two-way, we ran into each other, exchanged numbers. We’ve been cool ever since then,” adds Morris.

Even with the fandom and celebrity friends like Miller, Monte will always be Monte.

The Underdog from Flint with something to prove.